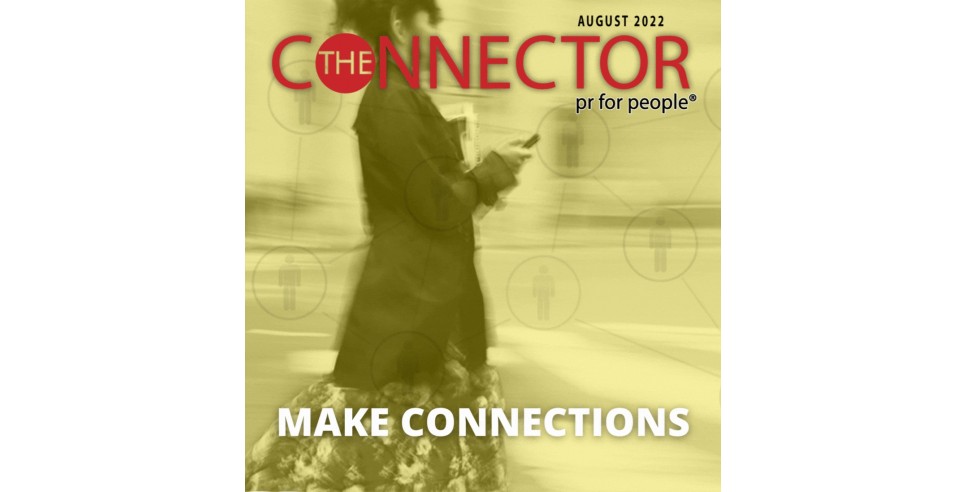 A consummate connector, Bresler has a proven track record of helping businesspeople succeed. The question is why does he do it? A historical reckoning of Dave Bresler’s life shows that he has indeed honed his networking skills through experience, but he is also a natural talent and in possession of something extraordinary.

I’m a fan of two great cities: Seattle and New York, where an old adage exists about business networking. In New York when they say fuck you, they mean hello. In Seattle when they say hello, they mean fuck you. The Ultimate Connector Dave Bresler gives us a few helpful networking tips to use anywhere in the world but especially in New York City.      -Patricia Vaccarino

Barbara Lloyd McMichael writes about the new Mall of Africa that is equipped with 41 stalls – that’s 41 opportunities for local entrepreneurs to support their families. Most of the vendors sell women’s clothing and beauty supplies, but the space also includes a beauty salon, a barber shop, and a service desk that handles money transfers and overseas phone calls.

Paying Homage to the Head Beagle by Patricia Vaccarino

Book Review: We don’t know ourselves: A Personal History of Modern Ireland by Fintan O’Toole

I am still gripped by Fintan O’Toole’s powerful rendering of the Irish—a culture that is as mystical as it is exasperating.  -Patricia Vaccarino

E.G. Singer wants to understand and try to make sense of what lessons the country’s character has given to him and continues to impart. Please see his essay Searching for Character.

New film: STEWART UDALL and the Politics of Beauty by John de Graaf is finally in the home stretch; to raise finishing funds, a campaign has launched on Kickstarter.

Nick J. Licata asks: Could ethnic minorities save the Senate for the Democrats? He examines Two different approaches to shaping America's future.