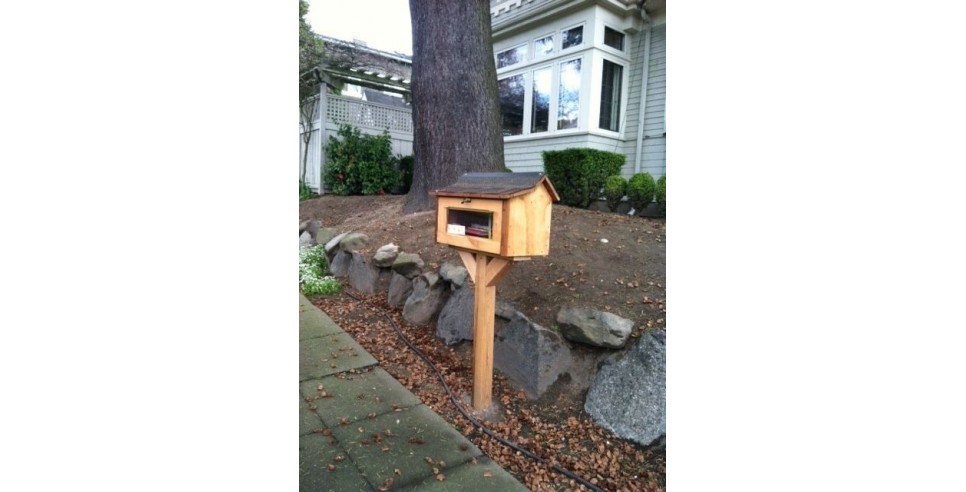 A library can pop up anywhere. You might have seen charming tiny kiosks standing free on wooden posts. Many of these freestanding libraries look like oversized, rural mail boxes. To catch your attention, some are painted in rainbow colors, others change their decorations to march in tune with holiday themes or regional cultural traditions.  No matter how unique, each little library features a glass door that opens to a small collection of books. The books might be from every genre under the sun, old or new, tattered and worn, mere castaways from someone’s basement, but treasure to another less discerning reader. Or maybe a particular book is the rare find of a lifetime, exactly what you were looking for!

A gentle, unassuming man, Todd Bol, was the Creator of the Little Free Library movement. According to the New York Times, “Todd Bol was renovating his garage in Wisconsin when he ripped off its old wooden door. He liked the wood, though, and didn’t want to throw it out. So after staring at it for a while, he decided to use it to build a small monument to his mother, who had been a schoolteacher.”

Ten years after Todd Bol built the first little free library, there are 75,000 worldwide, in all 50 states and in 88 countries. In Couer d’ Alene, Idaho, a 110-year-old cottonwood tree was converted into a Little Free Library. The most remote site, to date, for a Little Free Library is in the Yamal Peninsula in Siberia.

Todd Bol is proof that one person can change the world. Todd Bol passed away from pancreatic cancer in 2018, but he forever changed the way we discover books.