AND THE CHILDREN (OR YOUNG ADULTS) SHALL LEAD US 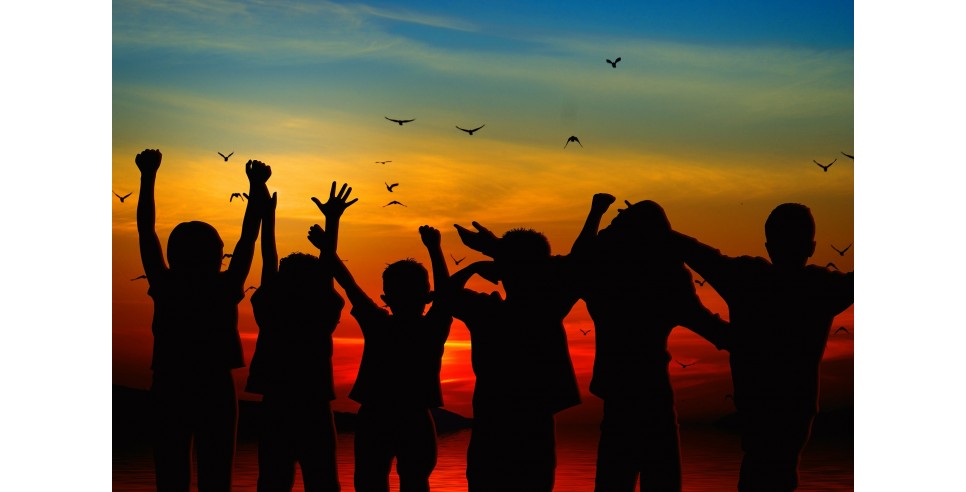 “The wolf also shall dwell with the lamb, and the leopard shall lie down with the kid; and the calf and the young lion and the fatling together; and a little child shall lead them.” Isaiah 11:6

You’ve probably noticed the anomaly of American leadership these days.  We’re governed mostly by gray-haired white men like me, some forward-thinking, but many of them determined to ignore the inequality and coming environmental catastrophes looming before us, and cling to privilege, prejudice and false patriotism. On the other hand, never have young Americans been so mobilized, so knowledgeable and so determined to set things right.  Much of this is coming from activists who are even too young to vote.

I think I noticed it first with the students from Marjory Stoneman Douglas High School in Parkland, Florida. Led by the remarkably mature and eloquent Emma Gonzalez and David Hogg, these young people were clear that the lives of their classmates, brutally murdered by a crazed teenage gunman with access to semi-automatic weaponry, should not have been lost in vain.  With a little help from adults, they mobilized thousands of fellow high schoolers across the country to demand sensible gun legislation.  For their efforts, they have been castigated by the NRA and its supporting cast of dinosaurs and bullies.  But nevertheless, they have “persisted” as was said of Elizabeth Warren when she challenged the gag order given her by Mitch McConnell. In some states, their efforts have produced impressive results. Their courage should inspire all of us.

Then, there are the young people who’ve filed suit against the government to force it to recognize their right to a future.  AsVoxdescribes it: “The Juliana v. United States lawsuit, filed by 21 young plaintiffs, is currently going through pre-trial appeals at the Ninth Circuit Court of Appeals. Oral arguments are expected in the first week of June. The suit alleges that not only did the federal government fail to act to limit climate change, it profited off of selling coal, oil, and gas rights. The government encouraged mining and drilling while knowing full well the hazards caused by burning these fuels, namely climate change. In so doing, the government has deprived the plaintiffs — the youngest is 11 years old — the right to a safe and stable climate system.”

These kids are still going strong three years into their suit.  At least one court has agreed with them and even the Supreme Court has not stopped the case from going forward, as the Trump administration wanted. It’s likely that this suit will fail in the high court in the end, but we must tip our hats to the leadership these young people have shown on this, as it is very inspiring.   It’s not just American kids either.  Sixteen-year-old Greta Thunberg of Sweden has jolted audiences of adults around the world with her eloquent demands for climate action.

As part of the “Sunrise Movement,” young Americans, including high schoolers, are also leading the chorus for a Green New Deal, an idea that combines environmental concerns with social justice and a preference for those who have been most neglected in America’s race to be the most unequal rich nation on earth—including an understanding that not only have communities of color suffered, rural America has also long been neglected by our economy and politics. They have filled the offices of cautious Democrats like Nancy Pelosi and Dianne Feinstein, demanding to be taken seriously.  In conservative Kentucky, they took on Senator McConnell.

Young Americans are putting the rest of us to shame by their leadership.  In Minnesota, high school students even joined together to propose state Green New Deal legislation and have taken their proposals directly to newly-elected governor Tim Walz.

Of course, when one looks for the best example of how the young are leading the way, our attention is immediately called to the Green New Deal’s champion, the rather amazing Alexandria Ocasio-Cortez, the youngest member of Congress, who at 29 defeated a longtime Democratic leader (while she was tending bar in the evening!) and then overwhelmingly won a seat representing the New York boroughs of the Bronx and Queens.

Mature and savvy beyond her years, AOC, as she is often called, has wasted no time in proposing progressive legislation and attracting the anger of both internet trolls and the radical corporatists of the GOP (I refuse to call them “conservatives” since they wish no conserve nothing, including the essential biological systems on which all humans depend and will depend forever).  Much of their response is downright silly—posting video of her dancing in college as if it would make her appeal foolish, for example. Her response—a selfie of her dancing into her new Congressional office.

To put it simply, AOC scares the bejeezus out of the privilege-protectionists and they are desperate to heap scorn on her.  But in each case, without rancor and with a smile on her face, she puts them in their place.  When she proposed returning to the 70 percent marginal tax rate of the Kennedy era, one GOP Congressman told her he didn’t think ordinary Americans would want to pay 70 percent of their incomes in taxes.  Politely, she asked him whether it was really necessary for her to teach him what a marginal tax rate is. And of course, he knew, but found it more politically expedient to lie to voters who actually may not realize how such taxes work (in this case, the 70 percent tax would apply only to all annual income exceeding $10 million a person, not really an issue for anyone but the top .1 percent.)

AOC then schooled the House on what kinds of morally questionable ways of “making as much money as fast as possible with as little work as possible” were allowable for those who would turn to Congress for assistance in getting rich.  “Think of me as a bad guy,” she began—if she wanted to, for example, be financed in her campaign by a corporate PAC, and then when elected, wrote bills that sent dollars flowing to her funders, would it be legal?  Time after time, an expert panel had to say Yes, it would.  AOC tweeted the video coverage of her questions, and almost immediately her tweet was retweeted 37 MILLION times, something of a record.  The video shows an incredibly poised and smart young woman giving lessons to all the gray hairs sitting around her.

Most remarkable of all was her introduction of the Green New Deal resolution into the House, surrounded in her press conference by adoring gray-haired Democratic members of Congress, mostly men, whom she had finally stirred into overdue action.   The Green New Deal may well be the most significant and comprehensive legislation proposed since the original New Deal itself, or the Great Society reforms of Lyndon Johnson.  AOC made one mistake on its rollout, letting a clueless staffer release notes from a meeting that included foolish references to “farting” cows, abolition of airlines and free money for those “unwilling to work.”  Of course, FOX and Friends had a field day with this, but the resolution actually entered into the House contains none of this language.

The young will make mistakes like this, but surely all of us who are older have made them, and many more.  We will do well to heed their new courage and leadership and stand with them; indeed, the future depends on it.

How the Parkland Students Changed the Debate

ALEXANDRIA OCASIO-CORTEZ PLAYS SCATHING 'CORRUPTION GAME': 'IT'S ALREADY SUPER LEGAL FOR ME TO BE A BAD GUY, SO IT'S EVEN EASIER FOR THE PRESIDENT'