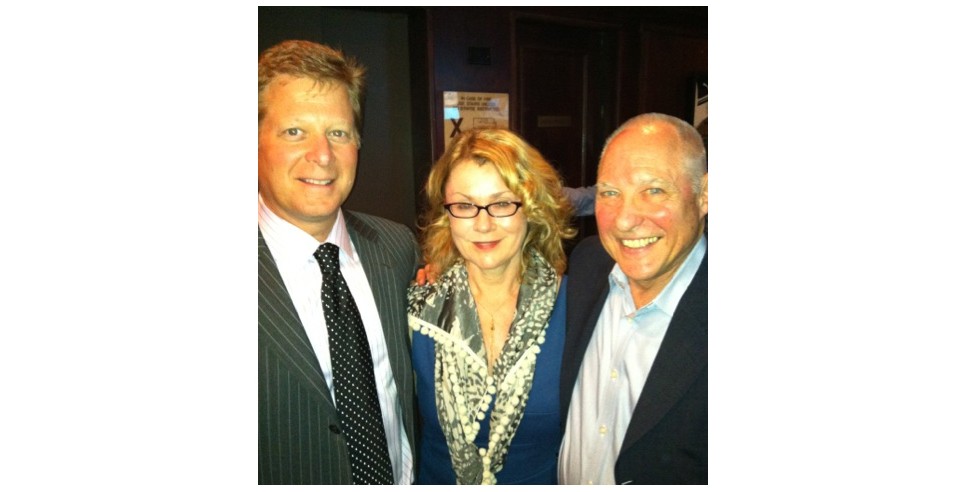 Through the years what types of business professionals have been served by Network! Network!?

Would you share a few of your greatest success stories?

There are a fair number of people, especially the ones who have stayed over the years, who have done some significant business from the relationships they had made. Here are two great examples:  Sally Mullins Thompson, a CPA, said 70% of her business came through Network! Network! I knew Sally when I was with IBM. She had just come back to NYC in 2007, I found her. I hadn’t seen Sally since 1975. She had retired as a systems engineer and became a CPA. She’s a smart woman and she is willing to make introductions.

Jim Ewing is a print broker. He came to a meeting as a guest and met Larissa Nycz Montecuollo, a graphic designer. She had a client that was a private girls’ school on the Upper East Side, and they needed some collateral printed (in 2010-11) that she had designed. So, she introduced Jim Ewing to the school, and he still does work for them. He got a $100,000 piece of business from them.

What are a few tips for successful networking?

First of all, be transparent. Be who you are. Don’t make stuff up. People can spot a phony a mile away. Be genuine. Be transparent. Tell the truth. It’s probably the way everyone should be anyway. Be cognizant of it. Don’t puff yourself up. Don’t talk yourself up. Just tell the truth. Have your story [I don’t like the term elevator pitch] Have a succinct description of what you do and what you bring to the table that you can trot out and need that comes right off the tip of your tongue. Just a few sentences. You develop relationships that show you are trustworthy and capable, and you just stay in touch.

How do you Break the Ice?

If you are at a networking group gathering, just insert yourself into the conversation. Don’t be afraid. Just introduce yourself. Just go around. You don’t’ care what you’re talking about. Maybe you can make connections with some of them. You don’t have to wait for them to ask you what you do. You want to meet as many people as you can. That isn’t where introductions are going to come from. If you get into the weeds, their eyes glaze over, and you lose them. Meet as many people as you can. Remember how my introduction from the furniture sales guy brought in big business. It was totally unexpected.

How has networking changed over the years?

Certainly, the pandemic is an unusual situation. I think networking arose because you can’t canvas a building and you can’t make cold calls. No one will put your call through. I don’t know if networking really has changed. Email is like a robocall. To be effective in business, you always need some sort of warm introduction. You may not get the business, but you’ll get a hearing. You’ll get an introduction. That is pretty much the same. The way it is done for years and that is not going to change.

How has the pandemic changed networking?

The pandemic is an unusual situation. I went on to a meeting March 17, 2020 and nobody showed up. I got to the train. Seven people on a car that holds 100 people. I got to the meeting and no one was there. I had to pivot. I didn’t have a camera, a mike or a laptop and I ran around like a lunatic. Came back with a package and camera, then I got back. Then I had to get zoom and tell everyone. There were glitches the first two meetings. Put me on speaker from your phone. I had an old desktop, I put the camera and mike and put a camera behind it for backgrounds. Then I bought a new laptop and set up an office in my son’s bedroom, where I could do my zooms. It was a scramble. I did everything we did by zoom. Then everything went zoom.

How is networking in person different from zooming?

There is so much more energy in a room of people than there is by looking at a few tiles on Zoom. You can’t really see the expression on their faces. You can’t look into their eyes. You really don’t know if they have eyes.  It’s not satisfying. There is still much more satisfaction to network in person. I’m hoping and do expect that people will get back into offices. You need to be seen and I don’t mean just on an editor [zoom call or email]. Keep you face in front of management. If you’re not seen, you’re not going to be promoted.

How do you see networking evolving in the future?

On a broad measure, the busines of America is business, so everyone really wants to do business. New Yorkers are somewhat brusque. Time is money. Let’s get the show on the road. There isn’t a lot of fooling around. If someone is trying to grandstand. I’ll shut them done. I’ll change the direction. If they’ve gone off on a tangent…if it’s running over or they’re getting into the weeds.  I’ll always say: Who are your lead sources? Who do you need to meet? What do you clients look like? Who are your clients? What industries? That ends their discussion. No one else in the room wants to listen to some one pontificate for ten minutes.

I’ve never done business anywhere than New York City. I would say it’s probably a little more laid back in other places. NYC is pretty intense. If you can make it there you can make it anywhere. New York. New York. NYC is so intense because the brass ring is so big. If you pluck the brass ring, you can be a billionaire and it’s tough to do that in other places. There is more competition in NYC. On the surface there is no nonsense, but people really want to help. You can get a conversation going in an elevator and immediately the whole elevator gets involved. Despite the fact that New Yorkers are brusque, it’s basically a friendly city. People are comfortable starting a conversation in New York. New Yorkers are great people! New Yorkers really want to connect.