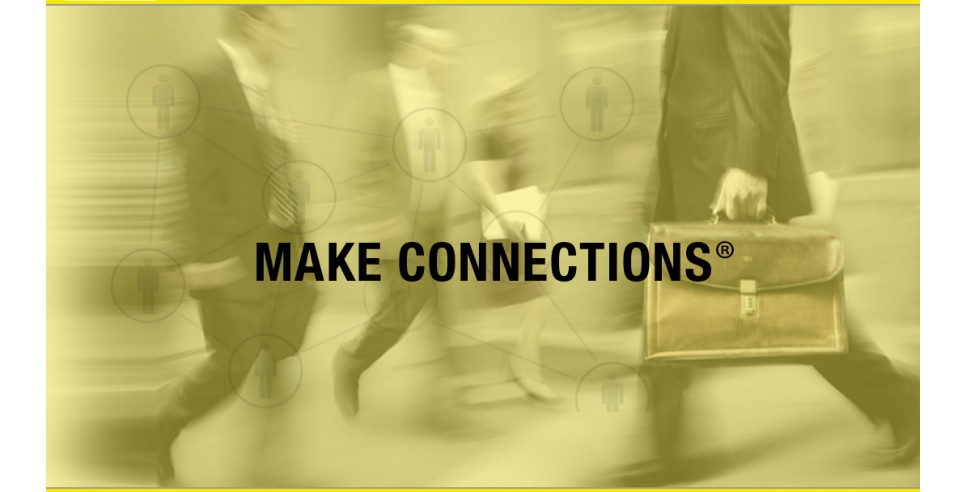 When Dave Bresler steps into the room, businesspeople from every profession and industry gather around him. He holds people’s attention with the same reverence that used to be accorded to priests, rabbis, and pundits. Seeing Dave Bresler in action for the first time, you might wonder if he’s one of New York City’s legendary power brokers. Bresler is not a pundit or a power broker, and he’s certainly not a priest or a rabbi. But he is one of the nicest guys you’ll ever meet.

Keep in mind that being nice will only get you so far, especially in the competitive business climate of New York City. Setting aside stocks, bonds, mutual funds, real estate, currency and hedge funds, Dave Bresler’s greatest investment is in his collection of people.

Bresler is the founder and CEO of Network! Network!, a New York City-based community of business professionals and entrepreneurs who pay to belong to the group. Network! Network! gives their members a myriad of networking opportunities: monthly meet and greet groups, cocktail parties and educational forums. Every meeting, live or via zoom, is focused on members’ giving each other  critical contacts and business referrals. The community casts its laser sharp focus on helping all of the members to achieve their business goals—building new business and expanding existing business.

Adam Russ, partner in the Wall Street law firm Wasser Russ, said, “David is my networking Yoda.  Over the last 15+ years David and his network (Network! Network!) have been an invaluable resource to me.  David has made several high quality introductions for me and my partner and helped us to build our firm.”

Staying focused to realize every member’s business goal is the tone that is set by Dave Bresler. It’s one thing to invite people to show up to a meeting and quite another to run a meeting that gets results. Bresler recounts how if networking meetings aren’t well run, they will produce chaos and waste people’s time.

For over thirty years, Bresler been helping entrepreneurs. Over time his members count on him to be a worthy business matchmaker—the ultimate business connector. He possesses an uncanny ability to foresee which relationships have the potential to be mutually beneficial, and he knows instinctively how to match up the right people at the right time.

Cyber Liability Consultant/CFO Sean C. O’Rourke said, “David and I have been networking compatriots for almost two decades.  David’s inherent understanding of networking’s purpose – to build relationships – is what differentiates Network! Network! from most other groups. He fosters an environment and process that elicits more of “who I am” rather than “this is what I do” from presenters.  I think it creates curiosity in listeners to learn more and results in those conversations that lead to trust, which is core foundation of all relationships.”

A historical reckoning of Dave Bresler’s life shows that he has indeed honed his networking skills through experience, but he is also a natural talent and in possession of something extraordinary.

Born in Bridgeport Connecticut, his father went off to WWII and was killed in Germany. Six years later, his mother remarried. The family relocated to Springfield Massachusetts; a town described by Bresler “as a 1950s Leave it to Beaver place to grow up.” He graduated from Syracuse University in 1964, with the specter of the draft and the Vietnam War looming over him. As a college graduate, he was eligible for the college option program that offered an Officers Candidates Test (OCT). Passing the test meant he was guaranteed entry into Officers Candidates School. Although the program was geared to people who already had some enlistment time (most of the college boys washed out), Bresler was commissioned.

His mother called her congressmen to request that he would be designated as her sole surviving son of a deceased war veteran. Bresler agreed to the designation, which meant he would not be sent into combat. He remembers that being an agonizing decision because he didn’t want to subject his mother to reexperience what she had gone through with his father who had been killed in 1945, very close to the end of WWII. He ended up serving a one-year-tour in Korea, where he was placed north of the 38th parallel and patrolled the DMZ between North and South Korea. He was a First Lieutenant waiting to command his own company when he became aide to the General Commander who had just been promoted to Brigadier General. Bresler recalls loving and respecting the general “like he was my father.”

When he returned to the U.S., he applied for a regular army commission at Fort Dix, which came through, but he turned it down. As he looks back now, he says, “I didn’t have anyone to talk to… There was nobody I could have a free ranging conversation with. Everything was rigid.”

While working on  a Masters in English literature at Hunter College, he spent most of his time doing research and writing scholarly papers. The academic world also struck him as a half-life. While  he wonders what would have happened had he stayed in the military or pursued academia, he also sees a pattern that had been emerging all along—he needed to be with people, partaking in the energy that only comes from being immersed in an intense social and business dynamic.

A lucky connection led him IBM where they offered him a sales position. He worked at IBM for ten years, where he regularly made the 100% Club that took him to cities like San Francisco and New Orleans for three-day jaunts. It was at IBM that he experienced an epiphany that emboldened his philosophy about networking. He had inherited some tough accounts that had defeated the IBM sales force in the past. One of the toughest accounts was Otis Elevator—they hated IBM and every year had managed to remove the sales manager. Bresler thought he was next. He met with the deputy, who wasn’t pleasant, he wasn’t okay, but Bresler answered his questions truthfully and over time ended up making friends with him—playing golf with him, inviting him to presentations. When they had a large IBM mainframe that needed to be upgraded, against all odds, Bresler scored the win.

He enjoyed making sales but didn’t thrive in the corporate bureaucracy, and at IBM, he was seen as wild duck. After IBM, he went to Data General for six years, where he met a person who worked at WANG and had put together a business plan. “I asked him if he ever decided to do this on his own. We decided to go into business. I left there to start my own IT business.”

The new business, Electronic Solution Providers (ESP), started out fixing WANG machines, but was soon certified to work on network PCs. A 50/50 partnership, Bresler did the sales and his partner handled technology. As an entrepreneur, Bresler immersed himself in networking and belonged to a small group, that was coincidentally called the Breakfast Network (not be confused with Ed Bogen’s group also called Breakfast Network.) Dave remembers meeting with every member. For the first year, nothing happened. Then after the first year the dam broke. “I did hundreds of thousands of revenue a year, all because of the networking. I became a true believer.”

Despite robust sales, Electronic Solution Providers (ESP) ran into tough times. One day when Bresler’s partner was out of town, the employee who handled finances came to him and told him he needed to look at the finances. Bresler immediately found $100K was missing. He knew if he found that loss so easily without forensic accounting, the true number embezzled had to be much greater. Alarmed, he managed to get control of another ten percent of the stock and was able to buy his partner’s stock for next to nothing. That was in 1995. He ran the company until another five years until 2000, then sold it. “I didn’t get all that much for it. I did pretty well running the company for years. The person who worked for us did a good job.”

Bresler said he felt used and abused by his partner who stole money, yet his faith was immeasurably affirmed by the power of networking. He recalls being introduced to a furniture dealer in the network who said: I have a client and he needs some stuff, and Bresler did $400,000 worth of business in one major project. The lesson reaffirmed what he already knew: You never know where your next lead source will come from. Business has a way of coming from the most unexpected people.

Bresler joined Ed Bogen’s group In November 2003, also called the Breakfast Network. Bogen asked Bresler to run a technology subgroup. Some of the first members of this group included people who are today members of Network! Network! Bresler worked for Ed Bogen until 2009. Bogen later relocated to Boca Raton, Florida where today he works in Real Estate. Bresler continued to meet informally with some of the core members of the original networking group. He told them he’d been thinking about starting his own networking group. The response was positively unanimous. They said he had to do it.

A genuinely nice man, warm, affable, and no pushover, Bresler runs his meetings with discipline and verve. He takes pride in running a structured meeting that will produce positive outcomes. “People appreciate that,” he says. “Good things happen.” Carmen Yazejian Owner of Design company Network 9 concurs, “Dave's natural talent for connecting people turned into Network!Network! He has introduced me to many qualified, talented people who have helped me grow my business and enhanced my personal life. The meetings are lively and productive, and I have attended for more years than I can count.”

Two months after Bresler asked his colleagues whether he should start his own networking group, Network! Network! was incorporated and had a meeting place at the Hippodrome in Midtown Manhattan on Sixth Avenue. Bresler initially invited a hundred people to join. Forty came to the first four meetings. By January 2010, nineteen people had signed up. The group grew so rapidly that twelve groups were meeting concurrently in Manhattan. Bresler said, “Remember, I have been collecting people for over forty years.” If people tell him who they need to meet, he will always know somebody. In Dave Bresler’s own words, he explains why he collects people with extraordinary flair. “I get to give back.”