NOTES FROM THE WORKING-CLASS: Dirty Gertie 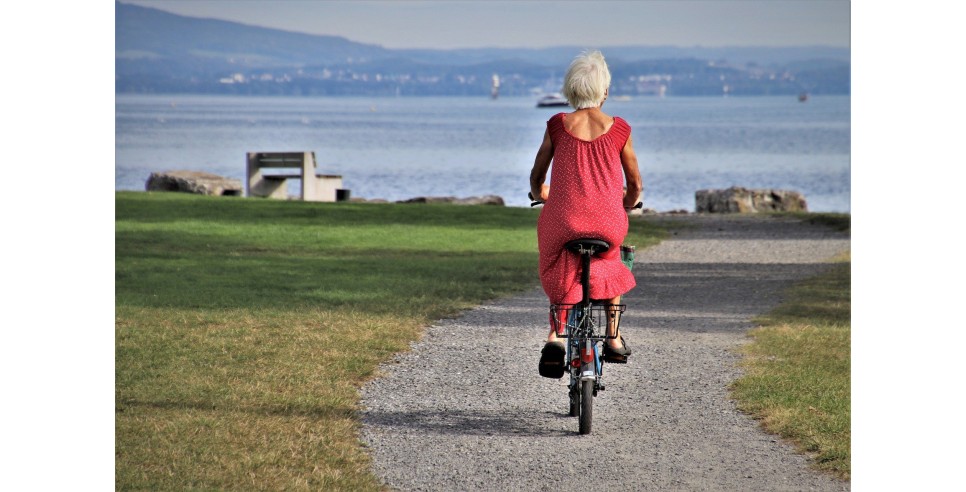 Gertrude’s wispy-thin hair is shock white. Although she’s pushing a hundred, she doesn’t look a day older than eighty. Introducing herself by her nickname, “Trudy,” she smiles, showing her broken teeth—some decaying and in need of extraction.  Gertrude confesses she was never called Gertie because kids would have picked on her and called her Dirty Gertie, and you know what that means—Dirty Gertie is a bad girl, easy, a slut.

The suggestion of being Dirty Gertie makes her blue eyes gleam and she gushes how good music makes her feel. “So good,” she says, swaying to the rhythm of an oldie but goodie she hears in her head. Music could be a substitute for feeling good about sex. But wanting sex is not the same as doing it. And girls from the working-classes have always had to pay a high price for having sex. Until the 1970s, a single girl who got pregnant had three choices: marry the father and have the baby, give the baby up for adoption, or seek a back-alley abortion.

In my second Yonkers book, The Heart of Yonkers, working-class single girl Debbie Ochiogrosso takes three trips to the unwed mothers’ home before she’s eighteen. “Every other year, Debbie went on a solo vacation. Her trips weren’t fun-filled jaunts to Florida or to the Jersey Shore. She took regular trips to a convent for unwed mothers where they had babies in hushed secrecy. The babies were given up for adoption soon after birth. Debbie, the youngest daughter of Fran Ochiogrosso, wasn’t a nymphomaniac; she was just dumb.”

For ordinary women like Gertrude and Debbie Ochiogrosso, the lack of birth control and the risk of pregnancy kept them in their place, at home and at the mercy of men. Thousands of years of history document the repression of women’s sexual freedom because they lacked two essential elements: money and power.

Whether women have sexual freedom boils down to how much money they have. Shocking isn’t it, to suggest that the sexual freedom of women is based on economics? But all women—unless they are rich or royal—have been denied the right to do what they feel like doing with their own bodies. Exceptions were made for women of high rank or noble birth who were able to indulge in sex at whim and play by their own rules.

Notable women of great sexual prowess, such as Cleopatra, Helen of Troy, Catherine the Great, and the Queen of Sheba, are exceptions because they were well born. Elizabeth I of England, the oft-called Virgin Queen, had a private love life that was the subject of speculation, especially with her suitors Robert Dudley, the 1st Earl of Leicester; Robert Devereux, Earl of Essex; and the Duke of Anjou.  Even Daisy Buchanan, the quintessential flapper girl in The Great Gatsby, although a fictional character, indulges in sexual freedom because she has been liberated by her wealth.

Women of the working-classes were forced to fulfill three roles of drudge and never-ending toil: mother, housekeeper, and low-paid laborer. For the scullery maid, the fishmonger, and the washer woman, the only way 19th Century working-class girls could experience sexual freedom was by becoming a paid sex worker, a prostitute. The sexual freedom of the Ladies of the Night was shackled by the demands of pimps, brothels, and their male clientele.

By the mid-1800s, American women of middle and upper classes relied heavily on working-class domestic workers who freed the time of the wealthier women. Having extra leisure time, the wealthier women indulged in frivolity, gossip and idleness. They did have much more time to indulge in hanky-panky, but if they should become pregnant by a man other than their husband, the unborn child was easily passed off as legitimate.

It’s simplistic to suggest that the birth control pill changed the sexual dynamic for women by the late 1960s, because that is not entirely true. Among the cultural mores of working-class women, particularly young women, sexual activity was a bartering tool used to get a husband.  In my novel,The Heart of Yonkers, “Everyone was hooking up. Most girls might act as though they were seeking casual hookups, with no strings attached, but the reality was they were intent on sinking their claws into a steady boyfriend. One who would eventually marry them. What used to be a boyfriend-seeking ritual was actually an early mating dance. Yonkers girls married way too young. Some of them got knocked up on purpose so they had to get married.”

If women’s lack of sexual freedom was due to women not having power and money, it could be suggested that young working-class women connived to use their sexuality to gain power and money for the purpose of becoming sexually free.  But that wasn’t always the case. Working-class girls were often more interested in buying a better station of life for themselves in a more upscale community than they were interested in obtaining sexual freedom.

In The Heart of Yonkers, the Queen Bee of Italian girls Toni Ferlinghetti intentionally dresses to attract men. She is firmly set on finding a rich husband by the time she’s eighteen.  “She wore a clingy, peach-colored sleeveless blouse, magnifying her large breasts. The waist of her low-slung bell bottom jeans nipped her skin a half-inch above her crotch. ‘I turned sixteen,’ Toni said, ‘and you know what that means? It’s time to start finding the right guy. I don’t want to wake up and be eighteen without prospects for a guy to marry and have to get desperate all of a sudden.’”

Working-class girls tended to be sexually indifferent, sexually conventional, sexually unsophisticated, and almost completely uninterested in experiencing the pleasures of sex. Sex was just a means to an end.  The goal of the working-class girl was to be saucy, sexy, sultry, hot enough to get married, but not always to stay married. Working-class girls were quite capable of cheating on their boyfriends and husbands, but it was in pursuit of still more conventional sex, and usually occurred when they weren’t being paid enough attention by the men in their lives.

Best analogized as an appetizer, the differences between the sexual practices among the upper classes and the working-classes is comparing crudités and caviar to chips and dip. All of this discussion leads to the original premise as to the main reason why women held onto their virginity—to banish the risk of unwanted pregnancy. After Roe vs. Wade, women like Gertrude, Debbie Ochiogrosso or Toni Ferlinghetti would no longer have to marry the father, give the baby up for adoption, or seek a back-alley abortion. Forget the pill. It wasn’t the pill or any other form of birth control that gave women sexual freedom.

In the nearly fifty years that have passed since Roe vs. Wade, it is interesting to note that, until recently, there had been a growing trend of children born outside of marriage. According to U.S. Census Bureau, out of about 12 million single parent families in 2014, more than 80% were headed by single mothers. *  Today 1 in 4 children under the age of 18 — a total of about 17.4 million — is being raised without a father and nearly half (45%) live below the poverty line.

However, there is good news. According to more recent data from the Census Bureau and the National Center for Health Statistics, the birth rate for unmarried women has actually gone down 14 percent since its peak in 2008. The sharpest declines that occurred in the single-mother birthrate were among teenage black and Hispanic women, and young women without a college degree. A major factor attributed to this decline is because today young women have greater access to healthcare.

Roe vs. Wade is important for all women regardless of their economic class, but it is especially critical for women of the working classes. If Roe vs. Wade is overturned, the result would most certainly be the blanket denial of healthcare offered to women who have less money and fewer healthcare resources. Single motherhood is, and always has been, the direct path to poverty.  Fundamental Christians might cloak their pro-life mandate as advocacy for the unborn child, but they do not advocate for the women who are forced to bear an economic burden that threatens their survival. For the fundamentalists, they want to take away women’s choice. It’s a matter of control—they really want to control women.

Women have been having sex for a long time. Ha-Ha. Even nice Christian girls think about sex. Had Gertrude been offered sexual freedom, she might have cranked the music higher and give full rein to her curiosity and desire. Instead she went to Catholic schools. When she started going to college, her parents pulled her out and insisted she attend a finishing school, which would make her a suitable candidate for marriage. She did marry and raised six children. Even though being domestic—mother, housekeeper, and low-paid laborer—took up much of her life, she doesn’t want to talk about being married and raising children. She’d rather engage in a conversation about casual sex. Today Gertrude aka Dirty Gertie lives in a nursing home and rarely gets to go out, but she loves to wear colorful sweaters and paints her lips a bold shade of red.

* For another perspective of single motherhood in America, please see Underneath the Bikini, which I wrote in 2016 in the aftermath of Courtney Campell’s tragic death in an explosion and fire.

The Heart of Yonkers can be found on Amazon.