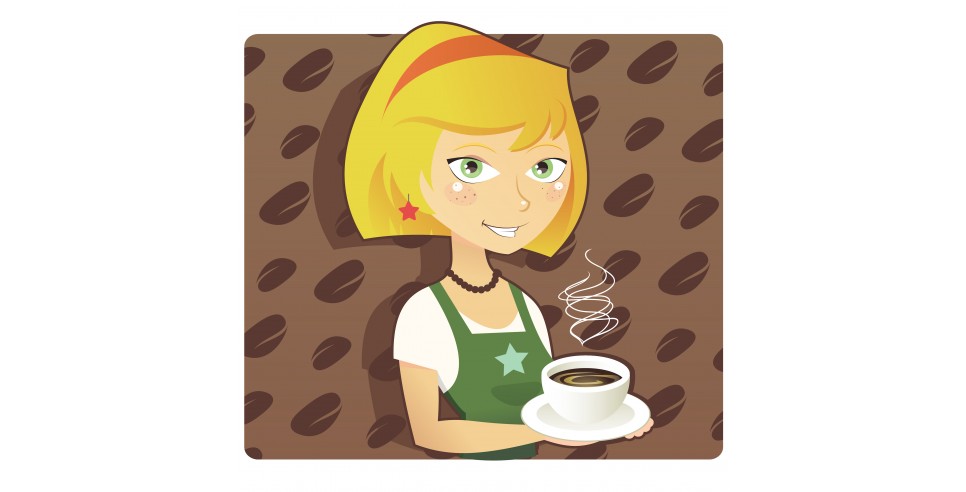 On January 11, 2016, a young woman, Courtney Campbell, died in the aftermath of a tragic explosion and fire.  She had been working as a barista in the “Saints and Sinners” coffee stand located in Everett, Washington.  At the date of this writing, no one knows what set off the explosion. There was mention of a propane tank, but the cause of the explosion is still under investigation.

The story became fodder for a flurry of cold news briefs fanning a hot fire. All of the stories referred to her as the bikini barista and that got national attention. Not much else is mentioned in the news about the young woman, other than she was a single mom of two young daughters.

Buried beneath the coverage of this sensational tragedy, there was one other important fact: Courtney Campbell had recently bought the business.  She was the owner and sole operator of the coffee stand—an entrepreneur—and proud of having her own business.

The hot rush of news stories about the barista who died from third degree burns shows how the media often fails to tell the whole truth and the human reality of any given situation. It also shows what happens when you can’t manage your own brand because you’re dealing with the media. The Seattle Times tried to appear noble by running a headline Barista Dies… and dropped the bikini but, if you check the online tags, they read bikini barista.

Courtney Campbell was caught unaware by a beast that loves sensational content. A young woman and mother of two has no other brand identity than what the press made her out to be. Bikini or not, this young woman was out there trying to make a living so she could support herself and her family. As a single mom, Courtney Campbell is not alone in her struggle to raise a family.

Here are the facts:

Once largely limited to poor women and minorities, single motherhood is now becoming the new standard. There is a growing trend of children born outside marriage.

About 4 out 10 children were born to unwed mothers. Nearly two-thirds are born to mothers under the age of 30.

Of all single-parent families in the U.S., single mothers make up the majority.

According to U.S. Census Bureau, out of about 12 million single parent families in 2014, more than 80% were headed by single mothers. Today 1 in 4 children under the age of 18 — a total of about 17.4 million — is being raised without a father and nearly half (45%) live below the poverty line.

Courtney Campbell’s story prompts taking a look at how many single mothers in the United States are trying to support their families. The media focused on the bikini and not the reality that exists beneath the bikini. It’s not easy for single moms to get flexible jobs that allow them to juggle work with raising children.

Courtney’s tragedy didn’t spark a wave of stories about the safety of propane gas or the safety of pop-up coffee shacks. Nor did her tragedy prompt a wake of inquiry wondering why there aren’t more services and affordable daycare options, job training and education benefits available for single moms. The most obvious question of all was not asked: Why is the number of single mothers dramatically on the rise?

Aside from a societal breakdown that used to govern traditional two-parent family values, there is a noteworthy popular trend among influential celebrities who choose to become single moms without having a partner.

While celebrity single mothers have spoken to the press about how hard it is to raise a child without a partner, they do not talk about the true economics of raising children. The net worth of all of these women ranges from $40M to $200M.* At that income level, celebrities can acquire a child with as much ease as they can buy a Birkin bag.

If only celebrity single moms would take responsibility as role models to young women by sharing how much money it takes to hire the legion of nannies, tutors, personal trainers, chauffeurs, and chefs to take care of their children while they manage high octane careers.

And that means selling lots of cups of coffee. There is little difference between Courtney Campbell wearing a bikini in a coffee stand or Sandra Bullock wearing less than a bikini in the 2014 movie “The Proposal."

There aren’t many flexible job opportunities available for the great majority of single mothers. A few months ago, Courtney posted a meme on her Facebook page that says: Before you start to judge me, step into my shoes and walk the life I’m living and if you get as far as I am, just maybe you will see how strong I really am.

The fact that Courtney Campbell struck out on her own and dared to be an entrepreneur to support herself and her family attests to her strength and courage, and that is how she should be remembered.

Full Disclosure: I have not been hired as a PR consultant by Ms. Campbell’s family. Courtney Campbell was friends with my oldest daughter Katie. They grew up in the Queen Anne area of Seattle and hung out together.

*The Income below was reported in Celebrity Net Worth and in Forbes.

Minnie Driver $40M -  Driver is mom to her son Henry, whom she welcomed in 2008, and has since kept the identity of his father quiet.