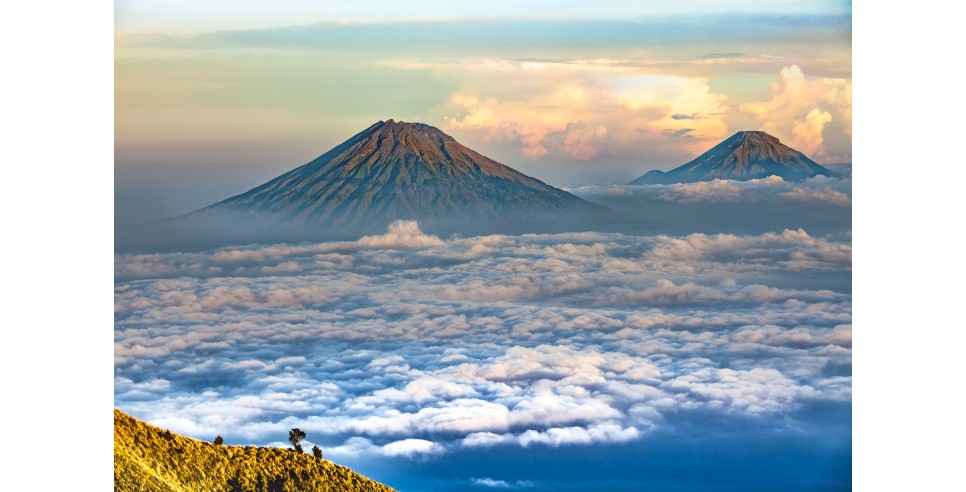 Democracy, at its heart, means popularly elected government that is devoted to the common good, or “public interest” and constrains the pursuit of individual self-interest.  Capitalism could be called the flip side of democracy.  It gives priority to self-interest and sees the common good as an incidental byproduct of individual competition and economic market transactions.  Nevertheless, these two deeply contradictory social systems have had an enduring, if precarious marriage, arguably going back to ancient Athens where democracy was first invented.

At the end of the twentieth century it looked as if the whole world was moving steadily towards liberal democracy and free market capitalism.  Among the many encouraging signs, perhaps the most dramatic was the collapse of communism and the Soviet Union in 1991.  Even in communist China, democratic political forces seemed to be gaining ground in those days, despite the bloody suppression of pro-democracy protesters in Tiananmen Square in 1989.  At the time, this tragic incident seemed to be just a temporary setback.  An American political scientist of the day, Francis Fukuyama, famously proclaimed in a best-selling book that we had arrived at The End of History– meaning that there would no longer be a global ideological and political conflict.  (Fukuyama was specifically rebutting Karl Marx’s claim that communism would eventually replace capitalism.)

How times have changed.  Communism per se is no longer a political threat but a variety of oligarchical and authoritarian regimes have arisen in recent years that have systematically subverted democratic cultures and institutions in many countries, ranging from Hungary to Poland, Egypt, Tanzania, the Congo, Venezuela, the Philippines, and more.  Other countries, like Russia and China, have reverted to their ancient authoritarian traditions.  Even some of the oldest and most stable democracies are under severe stress – Great Britain, France, Germany, and (alas) the United States. Political scientists Steven Levitsky and Daniel Ziblatt, in their timely new book How Democracies Die, argue that the greatest threat to democracy these days comes from elected leaders who act to subvert democratic institutions in order to remain in power.  Indeed, in this country one of our two major political parties is now fully engaged in this subversive project – from gerrymandering and voter suppression to blocking Supreme Court nominees and naked power grabs by state legislatures, not to mention having a president who is a wannabe tyrant and is doing all he can to undermine the Constitution.

Two distinct sets of global forces are responsible for this stunning reversal of fortunes for democracy, I believe.  One could be characterized as greed and the other as fear – that is, extreme economic inequality and deep poverty coupled with the life-threatening survival challenges associated with global climate change. Let me (very) briefly explain.

Capitalism comes in various flavors, to be sure, but the basic ingredient is self-interest.  In the idealized capitalist model, an organized society is essentially a marketplace where goods and services are exchanged in arms-length transactions among autonomous purveyors who are independently pursuing their own interests. This is all for the best, or so it is claimed, because it will, on balance, produce the “greatest good for the greatest number” (to use the mantra of utilitarianism).  A corollary of this assumption is that there should be an unrestrained right to private property and the accumulation of wealth, because (in theory) this will generate the capital required for further economic growth.  The foundational expression of this model is Adam Smith’s invisible hand metaphor.  As Smith put it in The Wealth of Nations:“By pursuing his own interest, [a man] frequently promotes that of the society more effectually than when he really intends to promote it…. In spite of their natural selfishness and rapacity…[men] are led by an invisible hand to…advance the interest of the society...”

Unfortunately, it is all too “frequently” the case that the outcomes are not beneficial for the common good.  Capitalism has the cardinal virtue of rewarding innovation, initiative, and personal achievement.  It can be a driver for economic progress.  However, a modern capitalist economy can also become a rigged game that is far removed from the idealized model.  Among other things, the vast differences in wealth, power, and information among various “actors” exert a highly coercive influence in the marketplace, and in the workings of the political system.  Senior economist John Gowdy candidly acknowledges that “Economic theory not only describes how resources are allocated, it provides a justification for wealth, poverty, and exploitation.”

Take, for example, the United States in 2010.  In that year, the top one percent of the population held 35.5% of the wealth (now it’s closer to 40%) while the top ten percent held 77.1% of the wealth.  Likewise, the top one percent received 21% of the total annual income and the top ten percent received 49.2%.  The remaining 90% had to split the other half.  During that year, some 15-25 percent of the American population lived in more or less severe poverty (depending on which method you use to compute it), while 48 million people had no health insurance and about 50 million (including many millions of children) experienced some “food deprivation.” The numbers have improved only marginally since then.   In the 2018 edition of the new Social Progress Index, based on some 51 social indicators, the U.S. was ranked 25thamong 146 nations, despite being first in GDP.

The situation is even worse in many other countries.  Economist Thomas Picketty, in his acclaimed and heavily-documented 2013 study Capitalism in the Twenty-First Century, concludes that extremes of wealth and poverty have become the rule in the modern world rather than the exception.  And, as we have recently seen, extreme economic insecurity is a breeding ground for radical, polarizing politics (e.g., the “Yellow Vests” in Paris) and even civil wars (e.g., Syria and Yemen).  Deep poverty has been a powder-keg for violent revolutions historically, from the French Revolution in the eighteenth century to the Russian, Chinese, and Cuban revolutions in the twentieth century.

It is one of the axioms of political science that a collective threat to any group, organization, or nation will as a rule produce a surge of support for the group and its leaders, and a willingness to accept more centralized, hierarchical control.  Authoritarian, “populist” leaders like Viktor Orban in Hungary, or Donald Trump in our country thrive in societies that are under severe economic distress.  Political scientist Ronald Inglehart, in his new book Cultural Evolution, has amassed compelling evidence from survey data collected in more than 100 countries over several decades that strongly confirms this political phenomenon.  Inglehart calls it the “authoritarian reflex.”  If another Great Recession like 2008 should occur – and various warning signs have been posted recently – the threat to democratic governments will intensify even further.

All this is being exacerbated by the growing threat to vital food and water resources in many countries from global warming and climate change.  For instance, the rise of ISIS terrorism, the convulsive Arab Spring in the Middle East, and the tragic civil war in Syria were almost certainly all triggered by a huge spike in grain prices and spreading hunger as a result of droughts in Syria, Russia, and elsewhere in the Middle East at the time, combined with the diversion of a major share of America’s corn crop into making ethanol fuel for automobiles, and financial speculation in global commodities markets – according to a detailed study by the New England Complex Systems Institute based at MIT.  Likewise, the current civil war in Yemen was presaged by severe, life-threatening water shortages, and by warnings that were ignored.  And a root cause for the recent flood of African refugees fleeing to Europe was spreading droughts in the Sahel region of Africa.

This climate-driven survival problem is likely to get much worse in the coming decades as droughts, hurricanes, floods, wild fires, and other forms of environmental disruption become more frequent and more destructive.  Desperate people will do desperate things, and this will very likely pose a threat to other societies.  Going forward, climate-driven international crises will create many more opportunities for anti-immigration demagogues and authoritarian nationalists – as we have seen lately in democratic countries like Germany, Great Britain, and, of course, the United States.  Often this problem is compounded by the cancerous spread of political corruption.

What can be done to reverse this ominous trend?  In a nutshell, we must re-assert the primacy of the common good, and our basic survival needs.   In my forthcoming new book, LAST CHANCE! A Species in Peril…Which Future Will We Choose? I argue that our emerging global society must deal with our economic and ecological challenges collectively and cooperatively, and I construct a new vision that would involve transformative changes in our social values, our economic systems, and our politics to achieve a global “superorganism” – a metaphor that biologists use to characterize an integrated, socially organized species   A key idea is a new “biosocial contract” designed to create a legitimate and “fair” global society for everyone.  It would be based on a “universal basic needs guarantee.”    (My prescription is grounded in biology and the emergent science of human nature and is unique.)  The practical consequences would entail major political changes at all levels, beginning with a comprehensive “Global Government Initiative” at the United Nations that would include significant institutional changes and two major new super-agencies, a Global Infrastructure Fund and a Global Emergency Management Agency.

As I argue in the book, only a democratic, common good approach to our growing challenge, one that involves both bottom-up and top-down responses, will succeed.  As Winston Churchill famously remarked, democracy is the worst form of government, except for all the others.