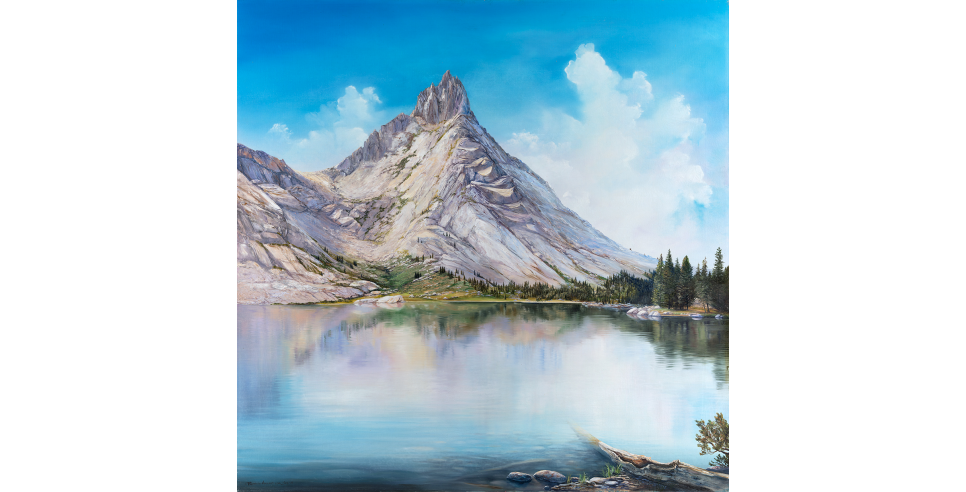 George Leigh Mallory, who died on Mt. Everest in 1924, was asked why he wanted to climb the world’s tallest peak.  “Because it’s there,” he replied.  When I was young, I too loved to climb mountains. Most were peaks in California’s Sierra Nevada.  The highest, Mt Whitney, was only half as high as Everest and had a trail to the top. Others were more challenging, and the challenge—because they were there—along with companionship on the climbs and bragging rights back home in the suburbs—was part of the appeal.

But really, I climbed because the views from the top were so stunning.  Repeatedly, they overwhelmed me with their beauty—blue lakes, deep canyons, green meadows, and surrounding snow-covered summits of glistening granite or colorful quartzite.  Every hundred feet opened new eye-popping panoramas.

Over time, this love of beauty has broadened. I now appreciate the pastoral as much as the wild and rugged.  I’ve come to see beauty in the flat places as well as the steep, and in urban design as much as nature’s.  In brief, beauty makes me happy and evidence shows that’s true for many, if not, most of us.

“Beauty is like a battery—it energizes people,” Hermann Knoflacher, a designer of Vienna’s transport system, told me last year.

When Vienna beautified its Metro stations and built footpaths surrounded by greenery between many of them, the city not only found that Metro use increased, and auto trips were reduced.  People walking along busy streets and those on the paths were tested for stress levels and happiness.  Cortisol levels (indicating stress) dropped appreciably and subjective well-being reports using a well-respected measure were higher for those on the paths.

Modern city streets, built to speed automobiles through the landscape and marked by bland, utilitarian structures built that way as a cost-cutting measure, drain our energies and leave us more tired, and less likely to walk than drive, Knoflacher told me.  In the cities tourists love most (commonly built well before the auto appeared), the typical streets are only about 200 meters long with an obvious destination—a park, square, church, market, etc.—at the end, encouraging exploration by foot.

Intuitively, Knoflacher says, we know that beauty adds appreciably to our happiness.  Psychologists Tim Kasser and Ryan Howell told me the same thing.  Yet they pointed out that precious little research has been done about the connection.  Most of the happiness and well-being indices out there, including the UN World Happiness Report (based on Gallup polling), the Happiness Alliance GNH survey, the Canadian Index of Well-Being, the Genuine Progress Indicator and Bhutan’s Gross National Happiness domains, do not include beauty as a significant factor in subjective life assessment.  To be fair, the Bhutanese seem to live amid constant beauty—in art and their natural surroundings, so perhaps it is not as influential there.  But in all other cases, its value is overlooked.

That may be starting to change.  A recent Gallup study (https://knightfoundation.org/sotc/) of 26 American cities found that in all of them, three factors (among nearly a dozen measured) were most responsible for whether or not people liked where they lived.  They were: social and cultural opportunities for social connection; a sense that newcomers are welcome and can fit in easily; and, the beauty of the place.

In another case, a study (https://www.theatlantic.com/health/archive/2014/08/the-beautyhappiness-connection/375678/) of several cities by the University of South Carolina—Upstate found that a sense that one lived, worked and played in beautiful surroundings was the leading factor contributing to overall subjective well-being.

Harvard philosopher Elaine Scarry contends that beauty awakens generosity, gratitude, tolerance, a passion for justice and many other positive traits. Our sense of beauty seems connected to harmony and what we consider beautiful may be an evolutionary development—we are attracted to landscapes and designs that seem life supporting or life affirming, while those—like oil spills, strip mines, etc. appear life threatening, in a visceral way—as wounds on the body of the earth.

As with people, physically attractive landscapes can be deceiving—that lovely golf course may be a non-native monoculture, kept alive by high concentrations of fertilizer, pesticides and precious water. That’s why ecologist Aldo Leopold said things are right when, along with beauty, they preserve and enhance the integrity and stability of the environment.

And beauty offers another potential—the possibility of creating bridges across our current political divides and social divides. My organization, AND BEAUTY FOR ALL (www.andbeautyforall.org), seeks to build on that hope.  We are seeing small but significant steps in this direction.  I’m especially impressed by what Mayor Bob Sampayan and others are doing in Vallejo, California, perhaps America’s most diverse city (https://voxpopulisphere.com/2018/08/01/john-de-graaf-a-california-city-thats-taking-beauty-seriously/).  I’m also pleased to see similar suggestions regarding beauty’s power to bring us together in conservative publications such as The American Conservative (https://www.theamericanconservative.com/2014/08/16/why-does-beauty-matter/) and The Front Porch Republic (https://www.frontporchrepublic.com/2013/10/beauty-will-save-the-world/).  They point to Dostoevsky’s claim in The Idiot that “Beauty will save the world,” a claim repeated by Solzhenitsyn, and even the conservative Pope Benedict.

Imagine a bold national (and potentially trans-partisan) campaign around beauty.  Imagine a program like that of FDR’s CCC that puts thousands of former coal miners to work restoring the 530 cut-off mountaintops of Appalachia instead of trying to wrest more coal from them.  Such a program might be expensive, but not so costly as the trillions a new government report says we will lose to global warming.  It could beautify those marvelous mountains again, while turning them from carbon producers to carbon sinks, providing work and hope for many who struggle with poverty and opioids, and vastly improve health in the unhealthiest corner of America.

The poet Goethe once wrote: Whatever you can do, or dream you can, begin it/ Boldness has genius, power and magic in it.

Let us dream boldly of making America beautiful again.  It may or may not save the world, but it will almost certainly make us happier.

John de Graaf is an author, award-winning documentary filmmaker and president of Take Back Your Time, an organization fighting overwork and time poverty in America. He is also the National Outreach Coordinator for And Beauty For All.