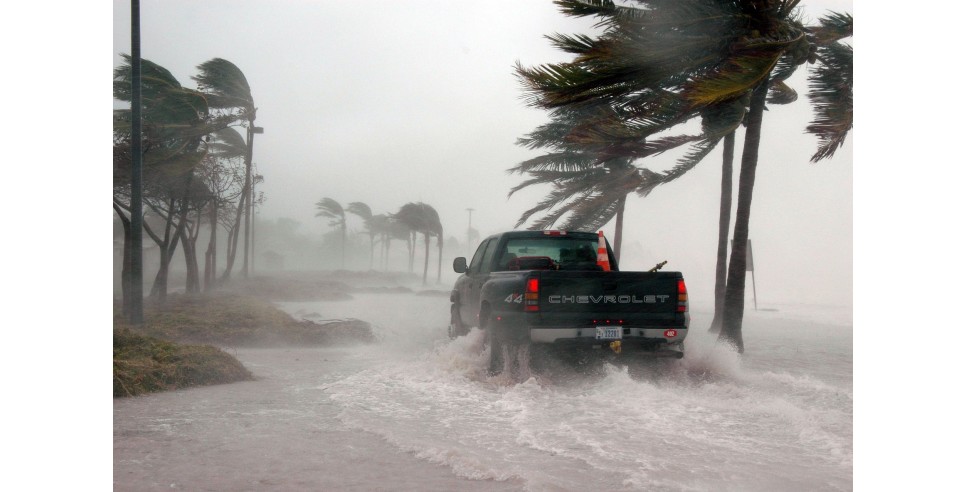 It’s hard to look away from natural disasters. We wonder why, after so many years of studying them, their impact has not lessened, and their restoration time has not shortened. The few minutes of attention we give them from the morning newspapers or the evening news is but one type of traumatic information we absorb on a regular basis. It is painful and stress-provoking to take it all in -- school shootings, assaults, property damage, homelessness, and a general uneasiness that we are not safe in public places. Some of our anxiety is surely left over from the worst of pandemic times. Hurricane Ian is the third catastrophic hurricane this county has faced since 1900.  Though the federal response to Hurricane Katrina in 2005 was bungled, the federal response in 2012 when Hurricane Sandy hit the New Jersey and New York coasts was improved significantly, in large part because the president issued emergency declarations in advance of landfall, allowing authorities to pre-stage equipment and supplies. Both of these events received Congressional support to rebuild levee systems and coastlines or affected parts of transportation systems, which took many years. Along with Hurricane Ian, they are clear and present indicators of spiraling climate change.

According to FEMA: “More than $160 million In federal disaster assistance has gone to Hurricane Ian survivors.  FEMA is opening more Disaster Recovery Centers and going door-to-door to help survivors sign up for assistance in affected communities…. More than 700 FEMA inspectors are in the field going to homes of survivors who registered for federal disaster assistance. To date, they have performed over 16,000 inspections…. Thousands of federal staff are supporting Ian response efforts. This includes more than 1,800 staff from other federal agencies. More than 1,800 emergency management personnel from 26 states were also deployed to Florida through an Emergency Management Assistance Compact.”

In addition to these federal and state emergency management teams, there are a range of volunteer relief organizations on the ground, including the American Red Cross and the Salvation Army. I would like to draw special attention to Team Rubicon,  “a veteran-led humanitarian organization that serves global communities before, during, and after disasters and crises.”  Team Rubicon allows veterans to utilize skills they may have learned in the military for disaster or crisis relief.

According to FEMA's website: “Through continued service, Team Rubicon seeks to provide our veterans with three things they lose after leaving the military: a purpose, gained through disaster relief; community, built by serving with others; and identity, from recognizing the impact one individual can make. Coupled with leadership development and other opportunities, Team Rubicon looks to help veterans transition from military to civilian life.”

Like another estimable organization, Doctors without Borders, it is well-organized and operated.

What is now urgently required is thinking on a larger scale: these ‘natural’ disasters have become demonstrably worse, and that trend will continue, since our human habits are so clearly contributing causes.

What is now urgently required is thinking on a larger scale: these ‘natural’ disasters have become demonstrably worse, and that trend will continue, since our human habits are so clearly contributing causes.

The hurricane season runs until November 30, so it is probable we will experience more events yet this year.  From a risk management perspective, one always asks whether there are other places to live where the risk is not so high, whether we’re talking about hurricanes or wildfires, or droughts or flooding, or even extreme temperatures. The answer is usually yes, but people are rooted to their history and optimistic traditions.  After touring damage to Washington Mutual branches in Florida from Hurricane Wilma in 2005, I asked one of the managers why he continued to live in the path of hurricanes. His answer was that, for six months of the year, it was the most beautiful place in the world. No matter where you look after natural disasters, you will see people rebuilding. Let us hope we will see a more focused and patient effort to rebuild our political and social traditions that recognize the immediate and continuing need for sound and informed leadership.

After finding that supplies and emergency funding are readily available now in Florida and that some restoration has already begun, my mind turned to the question of how and where residents will vote in November.  In May, a federal appeals court judge restored Florida’s restrictive voting law (Senate Bill 90), that “added new restrictions on drop boxes, third-party voter registration, mail voting, and “line warming” activities like giving voters food and water while they wait in line to cast a ballot.”  I’ll be tracking this after-effect of Hurricane Ian as closely as Congressional aid to the state in the coming weeks, when so much political attention appears directed to challenging the credentials of voters, especially those who recognize the need for the most thoughtful leaders.