Book Review: The Sea, the Sea by Iris Murdoch 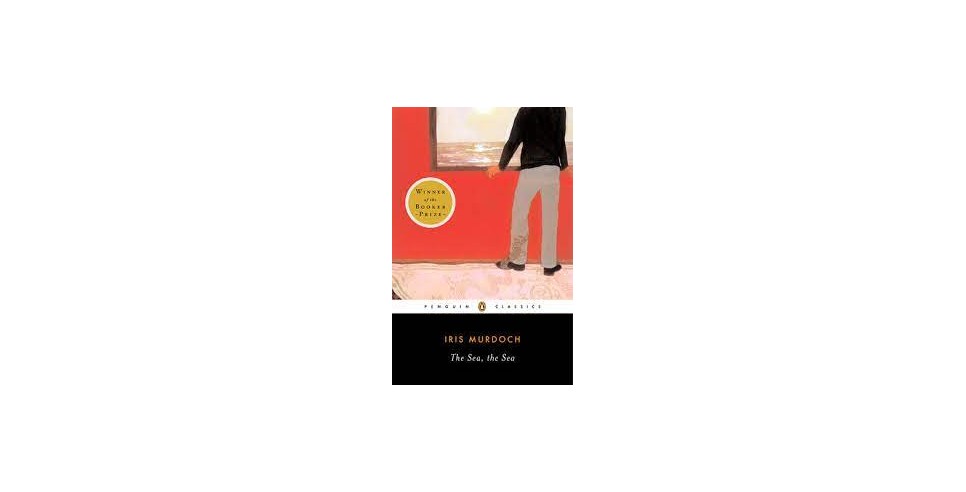 Hold on and keep yourself afloat for a stormy ride on the northwest coast of England. Shakespearean Actor and Director Charles Arrowby has left the glamorous theater world of London to retire in a damp drafty home by the sea, presumably to write his memoir. As the narrator/protagonist, Charles Arrowby rants with the tireless exasperation of a self-obsessed madman. He craves solitude, yet a surreal cast of characters from his former life in theater appears and reappears, coming and going like the ebb and flow of a churning sea. The people who inhabit Charles’ life include his loathsome cousin James, an English Military Intelligence Officer, numerous love interests from the theater crowd and their male sidekicks who play supporting roles with startling aplomb. The surreal weaving of these characters within this loose, rambling story takes emotional violence to its highest level. Every character, it seems, has, at one time or another, been very angry with Charles and has an axe to grind. Two former gal pals, Lizzie and Rosina will do anything to win over Charles and make him her husband, at last! His response is to exact bombastic revenge upon them.

The plot thickens and human entanglements grow more gnarly and grim when Charles discovers that Hartley, the love of his life from an unconsummated childhood crush, happens to live only minutes away in a charming cottage with her husband. Charles decides that his youthful love for Hartley is what kept him from getting married all these years and he is determined to win her back. The only problem is Hartley is married and is not interested in being rescued by the eager, adoring Charles. Still, he persists in his pursuit with passionate entreaties and declarations of love, launching into ridiculous soliloquies that go on and on and on. To make the matter even more improbable, Hartley has aged, albeit not well, and is not alluring intellectually, emotionally or physically. If anything, she lives up to the moniker assigned to her as the bearded lady.  Charles kidnaps Hartley and imprisons her in a small stuffy upstairs bedroom in his cottage. Down below the four men who are visiting Charles, squatting no less, in the semi-squalor of the cottage, implore Charles to release Hartley. The bandying about of the four men who try to talk reason to Charles is among the most ludicrous and long-winded scenes to have ever appeared in literature.

The Sea, the Sea is an astonishing work in that Iris Murdoch’s genius as a writer shines forth as surely as the warm sun that appears in full force above the darkening sea. No other writer uses adjectives as rhythmically as Murdoch, rarely inserting anything as mundane as a comma in between her endless description of the clouds and the water. Her repetitive use of words for emphasis is often tedious, but hardly distracts from her masterful storytelling that unmasks all of the characters for who they really are with remarkable precision and fluency. Everyone is thoroughly unlikeable. The author does little to reveal goodness in anyone. Huge irreconcilable flaws overtake their humanity. Every attempt to be civil or courteous is cutthroat, steeped in verbal violence. But none of this matters. Murdoch succeeds in creating a story that compels, shocks and mesmerizes the reader to be riveted by the insanity until the bitter end. You might find yourself drowning in the endless details and unnecessary detritus, but don’t give up. Murdoch wisely imparts a powerful caveat to creative talents, especially actors, to never abandon the ability to work in live theater. Never stop acting! Never stop directing! In his quest to retire by the sea, Charles Arrowby creates his own personal theater, a dramatic hell replete with childish subplots and the pathetic ministrations of fools. Arrowby’s life becomes the theater of the absurd, where no one finds redemption. Ultimately, there is much ado about nothing. Ballyhoo!!