Estes Park, Colorado: There were no words for melting glaciers 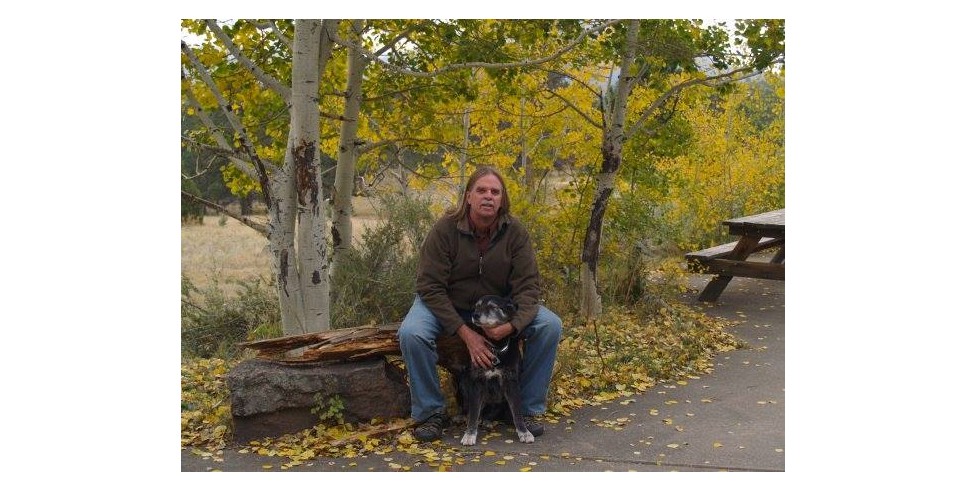 There were no words for melting glaciers by Tim Phelps

We used to have snowstorms that closed our canyons downs. There are three canyons that come up into Estes. We don’t get the snows that close the canyons as much anymore. It’s not like it was during the 1970s and 80s. Also, you could set your watch at 2pm, when we’d get thunderstorms that dumped rain for twenty minutes and drove people out of the park. That made the vendors happy. It doesn’t do that much anymore, and it used to be a daily thing.

The pine beetles are killing the trees. The pine needles only die when it’s below zero for cumulative days. The beetles are not dying off. It’s not getting cold enough or long enough to kill them off. The beetles have a seven- year cycle. If we don’t have the cold weather cumulatively. The number of beetles that kill pine trees is out of control and that causes wildfires. Ponderosas. Lodgepole pines. Native used them for their teepees. The trees are vulnerable wildfires.

A lot of fires get started in lightning storm because there is no or little rain. There has been a drought for a decade or more.  The seasons have changed. Fighting fires used to be a seasonal job. Now it’s almost a year-round job. It’s dangerous, hard work. Most of hot shots, ground crews and smoke jumpers are flying from fire to fire.

Some of the lakes have come back but it’s sectioned-out. Some get great moisture from snow in the spring. There was two feet of snow at my house this year. It was a great snow year, which is normal for us. Down south did not get as much snow. Steamboat Springs didn’t enough snow even though it’s a ski area. The native people did not have the words to describe that the glaciers were melting,  and that was almost two decades ago. I bet they have the words now.

Tim Phelps, who lives in the Allenspark community, is a Chef-Instructor and Educator.