Work Places That Work For Women 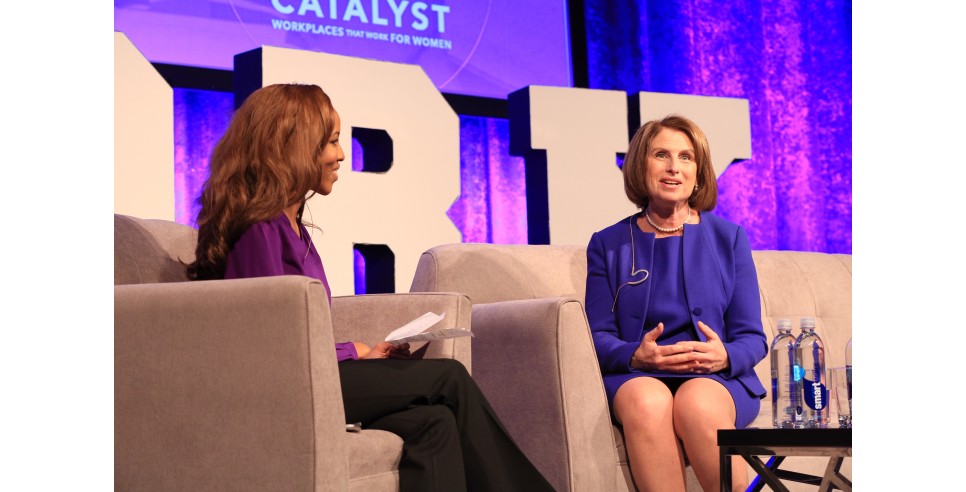 “Accelerate progress for women through workplace inclusion” is the mission of Catalyst, an organization started in 1962 by the late Felice Schwartz, who had taken nine years off from work to raise her children. Back then Felice, a Smith graduate, agreed with Betty Friedan that women were hindered by the barriers confronting educated mothers such as herself as they entered or re-entered the workforce.

Felice, however, analyzed what a woman’s needs are in the work place.

Felice voiced that women have special requirements in the work force, something the feminists were not confronting. Women have babies. Mothers do have emergencies at home such as an unexpectedly sick child, or a parent teacher conference. Felicity understood that women nevertheless could make great contributions in the workforce.

She wrote the article, “Management Women and the New Facts of Life," published in the Harvard Business Reviewin 1989. The article caused an uproar. The New York Times (“Mommy Career Track' Sets Off a Furor” By Tamar Lewin March 8, 1989) in part questioned Felice's idea, citing comments by shocked feminists. Felice simply was reiterating that women in the workforce need flexible schedules.“What I said then and still say is that women face many, many obstacles in the workplace that men do not face. I was saying to that group of men at the top, 'Rather than let women's talents go to waste, do something about it.'" (Boston Globe, 1992)

Much has changed since Felice started Catalyst in 1962. We have the internet which sometimes enables women to work at home. Paternity leave has become more accepted. Still, speak today to any working mother as well as to women who are single and solely devoted to their careers and they will tell you more can be done not only in our country, but also overseas to enhance women’s work opportunities.

Catalyst today has over one hundred employees in their organization with people on the ground in the United States, Canada, Europe, India, Japan, and Australia working with some of the world’s most powerful CEOs to build workplaces that work for women. Their projects include engaging men to understand the value of having a compatible work place for the women, handling of unconscious bias, attaining pay equity, discussing work-life effectiveness and continual research on how women can be included better in the work place.