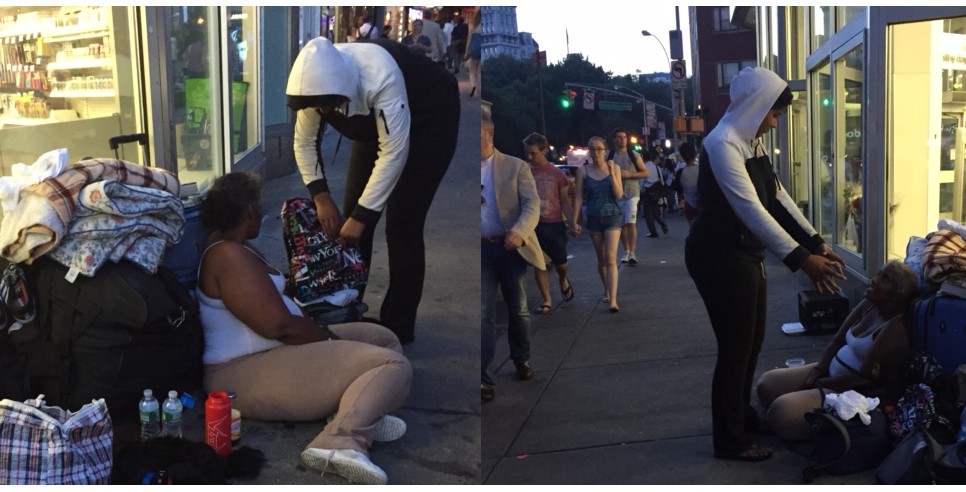 Homeless people might appear to be funny. Grooming is not high on their list of things to do. They wear bizarre combinations of tattered clothes.  Sometimes they shout into garbage cans at nothing at all.  Pushing grocery carts full of cans and rotten scraps of food -- they hoard to make themselves feel safe and like they have a home.  And while they look funny, smell funny and act funny, most of them are mentally ill, and that’s not so funny.

I’ve been noticing new competition vying for a place to squat on the street.   I see more homeless people everywhere I go: Seattle, Portland, L.A., the Bay Area, Boston, New York.  I’m not sure if the stalled economy has driven more people to the street or there are more people than ever suffering from mental illness.

I have a special place in my heart for the mentally ill.  It’s something I rarely talk about.  I’ve spent my life running away from mental illness, not because I have a brain disease, but because my mother suffered from schizophrenia. She was beautiful, clever, and she could be funny in a good way, and in a bad way too. We kept her from harm and took care of her, first my father, then he passed the baton to me, and I passed it on to my sister.  My mother is one of the lucky ones.

Others are not so lucky. No matter where I go, the specter of the unlucky looms in front of my face.  Once I was in New York City walking on Lexington Avenue on the way to a business meeting.  I saw a man sitting in a large, metal grocery cart. His hair was matted and his eyes stared straight ahead, unblinking. He was filthy, covered with lice and smelled of pee. His legs extended forward and hung over the front end of the shopping cart. Then I noticed his feet.  Only one foot.  His other foot was gone and all that remained was the bloody stump of his leg.

I hurried on to my meeting, but his image stays with me and lingers even now like an open sore that I have to mend.  Somebody once loved the man-in-the-grocery-cart. He was somebody’s baby.  Someone once cradled him in her arms. Or maybe not.  There is no way to know.