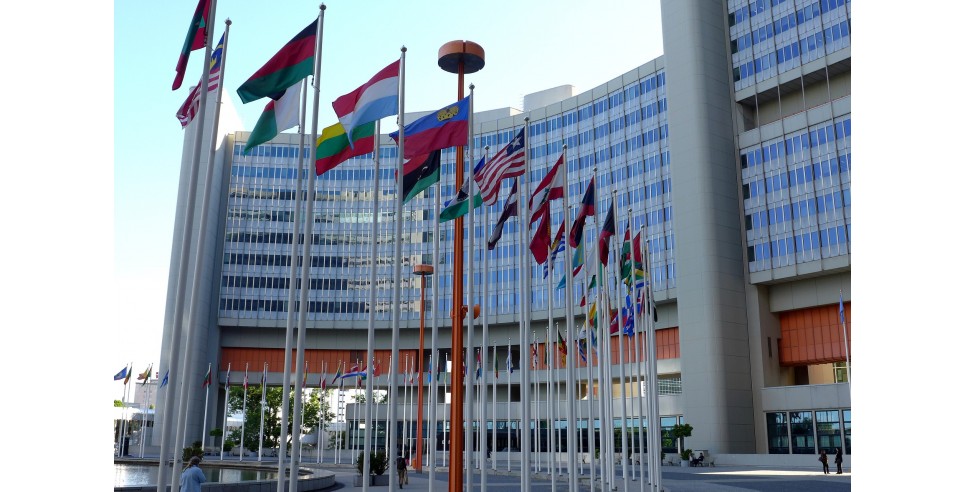 I am preparing my reading materials for the ethics, policy, and law course I will be teaching this next quarter.  For the last five years or so, I have begun the course with an around-the-room reading of the United States’ Declaration of Independence, that has morphed into a video reading by actors since the spring of 2020, while we were online.

Unfolding horrific events in Ukraine coupled with brutal repression of dissent in Russia have caused me to insert another declaration that is equally relevant to any study of ethics, policy, and law, given the death and destruction we are witnessing because of the ambitions and grievances of Vladimir Putin.  I have no proposed solutions to the Ukraine-Russia war, but as a student of literature I know that there are documents through time that can serve as a basis for all parties to the conflict to rethink and recommit to certain principles and policies, and to learn from the parallels offered by the crisis.

I’ll be presenting the United Nations Declaration of Human Rights (UDHR) to my students, one of the most hard-fought enumerations and agreements on the rights of “all peoples and all nations,” at a time when cold war politics prevailed in the newly created organization.  The United Nations (UN) was created in 1945 by representatives of 50 nations following World War II. Like our own Declaration of Independence, the UDHR is an enumeration of the most basic human rights that can be universally agreed upon, as well as a framework for how nations would exercise governance across the world through agreement on “common standards.“ It was written in the aftermath of the horror of World War II, led by Human Rights Commission elected chair Eleanor Roosevelt. It took two years to create and ratify the document.  The declaration has since been translated into more than 500 languages, used as a model to define basic human rights that are to be protected universally.  And it has been the basis for over 70 human rights treaties around the world.

Roosevelt imagined the UDHR to have “the moral force” to shift the discussion away from the “reaction, retreat, and retrogression of the past.”  She released a draft of the declaration at a time when “the Soviets had blockaded Berlin, communist-supported unions struck in Italy and France, the Arab-Israeli conflict escalated, Mao Tse Tung battled nationalist forces in China, and American political parties splintered.” (Quotes thus far from Allida Black, the “Eleanor Roosevelt Papers Project, George Washington University.)

Here is the preamble to the declaration, which is followed by 30 articles, which outline universal human rights.

Whereas recognition of the inherent dignity and of the equal and inalienable rights of all members of the human family is the foundation of freedom, justice and peace in the world,

Whereas disregard and contempt for human rights have resulted in barbarous acts which have outraged the conscience of mankind, and the advent of a world in which human beings shall enjoy freedom of speech and belief and freedom from fear and want has been proclaimed as the highest aspiration of the common people,

Whereas it is essential, if man is not to be compelled to have recourse, as a last resort, to rebellion against tyranny and oppression, that human rights should be protected by the rule of law,

Whereas it is essential to promote the development of friendly relations between nations,

Whereas the peoples of the United Nations have in the Charter reaffirmed their faith in fundamental human rights, in the dignity and worth of the human person and in the equal rights of men and women and have determined to promote social progress and better standards of life in larger freedom,

Whereas Member States have pledged themselves to achieve, in co-operation with the United Nations, the promotion of universal respect for and observance of human rights and fundamental freedoms,

Whereas a common understanding of these rights and freedoms is of the greatest importance for the full realization of this pledge,

Proclaims this Universal Declaration of Human Rights as a common standard of achievement for all peoples and all nations, to the end that every individual and every organ of society, keeping this Declaration constantly in mind, shall strive by teaching and education to promote respect for these rights and freedoms and by progressive measures, national and international, to secure their universal and effective recognition and observance, both among the peoples of Member States themselves and among the peoples of territories under their jurisdiction.

If there were but one question to ask Vladimir Putin, it would be “Are you sure you wish to continue down this path?”  In his remarkably complete analysis in the Wall Street Journal, Richard Fontaine argues that “His unprovoked invasion of Ukraine has resulted in geopolitical shifts astonishing in their scale and rapidity. The outlines of a new global order are already perceptible—and in many ways, they are precisely the opposite of those the Russian president seeks.”  My colleague Richard Levick calls this moment “our Cuban Missile Crisis on steroids” and suggests that “It is clear that Russia’s invasion is not just a threat to Ukraine but a proxy for the war on democracy.”

ASA stands with the General Assembly of the United Nations who, on March 3, reaffirmed its commitment to the sovereignty of Ukraine, deplored the Russian aggression, and demanded an end to its use of force as well as a withdrawal of its military forces from Ukraine.  We stand with the dissenters in Russia and denounce the sophisticated misinformation campaigns that Putin continues to wage in Russia and abroad, as well as the silencing of Internet platforms or news organizations that previously operated inside Russia. Finally, we stand with the Ukrainian people and their courageous leader.

Back to the United Nations Declaration of Human Rights:  we’ll be reading it, sentence by sentence, on March 29th about 6pm.  You are welcome to read along here, or to take a close look now at the document in full.

Medium March 11, 2022, Levick, “Is This the Moment Ukraine Saves Democracy.

Eleanor Roosevelt and the Universal Declaration of Human Rights