Stewart Udall and the Politics of Beauty 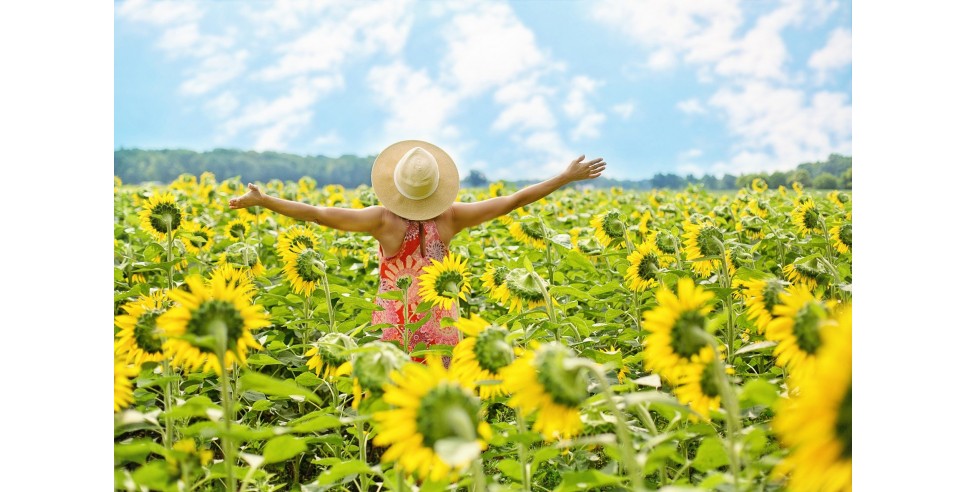 When many people think of beauty, they imagine personal attractiveness.  L’Oreal’s advertising slogan, BEAUTY FOR ALL!, isn’t about the places where we live, it’s about selling cosmetics and enhancing personal image.  In a sense, marketing has not only constricted our idea of beauty, but it’s also made many of us cynical about the concept in general.  Some post-modernists have even claimed that beauty is a distraction from the important work we need to do for justice and equity.  I don’t think so, and neither does Harvard philosopher Elaine Scarry who, in On Beauty and Being Just, argues that beautiful surroundings make people kinder, more tolerant, more generous and more interested in fairness.

Moreover, numerous studies, including Gallup’s Soul of the Community survey, document the ways in which beauty enhances our sense of wellbeing and our attachment to the communities we live in.  Beauty, in the form of easy access to nature and green space, is also a powerful balm for human health, as the new Parks RX movement in the United States has shown.  Just a short time spent in a beautiful natural setting can appreciably reduce stress, especially for urban children.  As Vienna transportation planner Hermann Knoflacher pointed out to me, beautiful surroundings also provide a substitute for consumerism and encourage more sustainable behaviors such as walking or biking to work or taking public transportation.

I am currently directing a new film about America’s champion of beauty in public policy.  Stewart Udall was Secretary of the Interior during the Kennedy and Johnson administrations.  As such, he was the lead advocate for many of the most important environmental laws we now take for granted: the Clean Air and Water Acts; the Wilderness Act; the Land and Water Conservation Fund; the Pesticide Reduction Act; the Mining Reclamation Act; the Endangered Species List; the National Scenic Trails Act and the National Wild and Scenic Rivers Act, among others.  Through his efforts, 60 units were added to our National Park System.  He stopped power dams from being built in the Grand Canyon.

Udall’s belief was that all Americans had a right to both justice and beauty.  He fought to end segregation at the University of Arizona in the 1940s, forced the Washington Redskins football team to integrate in 1962, approved Martin Luther King’s March on Washington on National Park lands in 1963, and re-shaped the Bureau of Indian Affairs to give greater self-determination to Native Americans.  He traveled to the Soviet Union with poet Robert Frost on a peace mission in 1962. And he persuaded Lady Bird Johnson to launch her famous national “Beautification” campaign in 1964 with a focus on Washington DC’s poorest African American communities.  He brought artists and musicians and other creatives to perform at the White House and for members of the Cabinet.

He was the first public official to warn of global warming, in the mid-1960s, and sounded the alarm throughout his life.  He represented victims of environmental injustice such as the Navajo uranium miners who got cancer from their work and the “downwinders” who got theirs from atmospheric nuclear testing in the Nevada desert, and he fought against the Cold War government secrecy that led to cover-ups of these injustices.

His concerns were wide-ranging and he saw a pattern in all of these things.  They stemmed from our American obsession with economic growth and our willingness to sacrifice our environment on the altar of consumerism.  “The Gross National Product has been the Holy Grail,” he wrote in 1968, “and those economics who are its keepers have no understanding of the economics of beauty.”  For Udall, the economics of beauty meant understanding the inherent spiritual and transcendent values of nature and refusing to sacrifice them for monetary ends.  In fact, Udall practiced a “politics of beauty,” using the levers of government to protect our fragile planet and American landscape.  His view of beauty was akin to the Navajo Indian concept of hozho, loosely translated as “walking in beauty.”  It means more than just beautiful surroundings, though it does mean that too.  But it also means a life of balance, harmony, right livelihood, fair treatment of others, generosity and gratitude.

While working on this film with my incredibly talented team, I’ve had the chance to meet many inspiring people, including Udall’s brother Burr, his sons Tom, Jay and Denis and his daughters Lynn and Lori, as well as his grandson Bryce.  We’ve interviewed our new Interior Secretary Deb Haaland, the first Native American appointed to that post.  “I believe the politics of beauty is still with us,” she says.  I’ve been further moved by former Interior Secretary Bruce Babbitt and the only African American director of the National Park Service, Robert Stanton, who was first encouraged to become a ranger by Udall; Native American activists Rebecca Adamson, Tommy Rock and Karletta Chief; the remarkable Navajo artist Shonto Begay, whose paintings convey the concept of hozho; downwinder Mary Dickson; former Udall aide Sharon Francis; longtime friend Jack Loeffler and several prominent historians, philosophers and environmentalists.

We hope to premiere this film next year during Earth Week at the Department of the Interior Building in Washington DC, which has now been named  for Stewart Udall.  But we still need help and financial support to finish it and to set up public programs to reach people in their communities.  If you are interested in helping, please watch our 12-minute sample video: Udall Sampler 12min.mov (vimeo.com) and visit our web page at:  Stewart Udall and the Politics of Beauty — Filmmakers Collaborative SF  or email me at jodg@comcast.net.