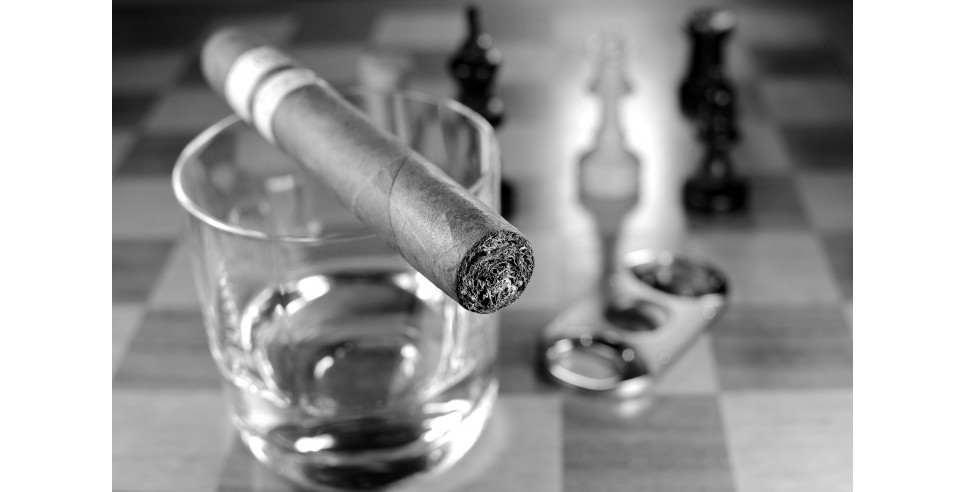 Winston Churchill understood the crucial value of cooperation against a common foe.  When the Nazis invaded the Soviet Union in 1941, he suppressed his hatred for Communism and formed an effective wartime alliance.  As the Nazis were nearing defeat, Churchill foresaw the post-war threat that the victorious Russians would pose to the West and, among other things, played an important role in mobilizing collective opposition through the NATO alliance.  Likewise, as China’s economic and military power have been rapidly expanding over the past 30 years, President Barack Obama negotiated a Trans-Pacific Partnership with eleven other countries to serve as an economic counterweight, only to have it torpedoed by a myopic new president in favor of a tariff war with an uncertain outcome.

Make no mistake.  China is very likely to become a global superpower in the next decade and will challenge the United States in many ways. For starters, it has more than four times the population of the U.S.  Its dynamic economy has been growing at a phenomenal rate of more than 6 percent a year since the 1970s, and by some measures it has already surpassed the U.S.  It is now the world’s largest manufacturer, the world’s largest exporter, has the largest internal retail and e-commerce markets, and has taken a leading role in such cutting-edge industries as solar and wind power, electric vehicles, robotics, smart phones, super computers, and artificial intelligence.  It has also become a major player in space exploration, and it is developing an impressive modern internal infrastructure at a blinding pace -- highways, high speed rail, urban mass transit systems, seaports, airline terminals, educational and research institutions, and more.  Its military is also rapidly modernizing and expanding.

China also holds some $3.1 trillion in surplus foreign exchange reserves.  It controls a substantial share of the fast-growing U.S. national debt.  It is quietly buying up real estate and businesses in many other countries.  And it has gained significant international influence and political leverage with its “Belt and Road” trade initiative focused on aiding other countries with infrastructure development.   Equally important, China has officially adopted a forward-looking ideology of a “global ecological civilization” (in its 2012 Communist Party Constitution and in President Xi Jinping’s public speeches), that presents an attractive alternative to Western free-market capitalism.   Most important of all, China’s leaders and many of its citizens are committed to surpassing the United States and regaining China’s historic position as the leading global power.

What would Winston Churchill do?  The traditional answer – building an international military alliance of Western nations and others as a counterweight -- will no longer suffice, even if others would be willing to follow the lead of a weakened and in many ways dysfunctional United States.  And they are not.  We have lost both the moral authority and their trust.  Indeed, as we go deeper into the emerging global environmental crisis, free market capitalism and our individualistic social philosophy (or neo-liberalism) are increasingly seen as a part of the problem.   We are confronting an ecological Armageddon.  A major course change -- economically, socially, and politically – have become a life-and-death imperative for the world.  Global warming and our ecological overshoot represent both an existential crisis and an opportunity.

In my forthcoming new book, Superorganism:  A New Social Contract for Our Endangered Species, I argue that the world has only two paths going forward.   We must either create a more integrated and cooperative global society and a global governance regime or else the world will very likely be consumed with lethal conflict.  Collective violence (warfare) has been a major theme in human history.   Our species could perhaps even devolve and go extinct.   Only an organized process of positive social, economic, and political changes on a global scale offers us genuine reason for hope.

In my new book I provide an outline and a roadmap for a new, more legitimate and sustainable economic and political world order – a global “superorganism.”  Akey element of this roadmap is a proposal for a new “social contract” designed to create a legitimate and fair global society.   Among other things, it would include a “universal basic needs guarantee.”  This is an absolute prerequisite for attaining a stable, “legitimate”, and sustainable global political regime -- the essential antidote to anarchy and authoritarianism alike, not to mention the growing problem of climate refugees.  (The idea of providing everyone with a basic needs guarantee may seem radically new – a utopian moral aspiration.  However, our basic needs are not a vague theoretical abstraction, nor a matter of personal or ideological preference.  They are biological imperatives that are essential for our survival.  They involve a concrete but limited agenda, with measurable indicators for evaluating outcomes.  Indeed, they are already the implicit basis of the social welfare “safety net” in Western societies.)

This new global superorganism must also have global governance, along with many local initiatives and changes in every individual country.  Equally important, we will need new financial resources and new international efforts to deal more effectively with our growing environmental crisis, as well as investing in a major upgrade to our global infrastructure and responding to the increasing menace of massive, prolonged climate disasters.  A peaceful global society absolutely depends on economic and social security.

As I detail in the book, the practical consequences of this political transformation would entail major changes at all levels,including a bold new “Global Government Initiative” through the United Nations that would include significant institutional changes (upgrades) and enhanced powers, as well as the creation of two new super-agencies, a Global Infrastructure Fund and a Global Emergency Management Agency.  The age-old aspiration for having a government that serves the “public interest” has now become a survival imperative.

A twenty-first century Winston Churchill, with a keen eye on the global chess board, might also see this initiative as a classic opportunity to create a new global alliance, with new resources for responding to our many global challenges collectively while also offering a major alternative to a new Chinese imperium.   For a chess player, it’s called “check”.  We should be giving this strategic move some serious thought.