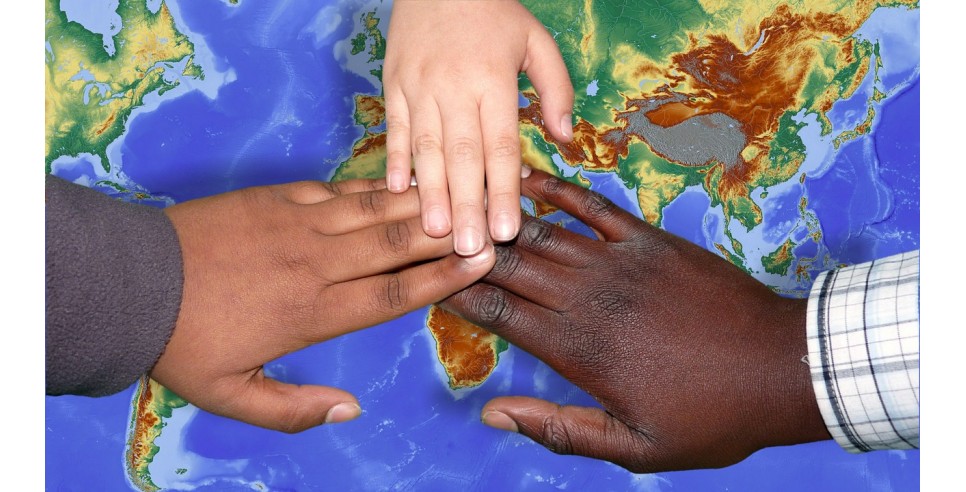 Life parcels out many mental and physical challenges and transitions to people over the years—different roles and identities assumed—child, parent, student, profession, husband, wife. etc. Many of these transitions are looked upon as being in the natural order of thing, or are scheduled. To be in a liminal space means, you are neither here nor there, but in transit or in the process of leaving somewhere and then arriving somewhere else. Transitions can be stressful, but more or less manageable, if a reasonable timeline is understood and an achievable destination or goal can be seen as the likely outcome, and ultimately a hopeful improvement over the past situation.

Now imagine the necessity for a transition that was caused by circumstances beyond a person’s control, circumstances that dictated an immediate decision, rather than one planned well in advance, without a clear timeline or destination or goal in sight, and instead based on survival, with the hope and faith that the move will result in an improved living situation.

And now imagine how those circumstances will affect the social, psychological and physical well-being of an individual or group, being forced to transition away from all they have known, leaving their land, their culture and their language behind, and leaving their homes, maybe forever!

And now having a new role, a new identity, being foisted upon them, one they have never known in their lifetimes, whether they old or young, now they are the immigrant!

Ken Burns, Lynn Novick, Sara Botstein and their staff have given us a documentary that melds the events leading up to the Holocaust and America’s response, (or lack of) before, during and after the Second World War, and through to the Nuremberg Trials. It is another exemplary example of the diligence, integrity, research and compassion that Mr. Burns and his production company have shown over the years on many projects as they relates to sensitive subject  that are presented on the PBS network. It is the attempt to discover the five W’s of who, what, where, when and why that this period of history was allowed to occur. It is what good investigative journalism, whether it be in print or visual media, should be.

At a time when the issue of immigration is front and center, not only in our own nation, but around  the globe, addressing the issues of forced migrations of peoples and the reactions/responses to their plight could not be more relevant.

Immigration is an emotional issue, rightly so; it runs the spectrum from anger, hatred, fear and mistrust to frustration, pity, sorrow, and compassion. Our country, once thought of as a bastion for people suffering from religious and political persecution, has now in the last decade or longer begun to rethink its commitment regarding asylum for migrants.

My Jewish grandparents emigrated from Hungary and the Ukraine to escape political persecution and religious intolerance in their homelands in the early Twentieth Century. They were allowed into America, escaping a death sentence had they remained. Their plight was no different from many people today, who now seek protection and security from situations that have forced them to leave their native countries.

This issue is not new for us here in America.  Unfortunately, it seems every immigrant wave of people who came “voluntarily” to our shore were all subjected to persecution of some kind. Whether they be Irish, Asians, Italians, Eastern Europeans, Jews, Puerto Ricans, or the Native-Americans, Mexicans and Afro-Americans, who were forced to come or had their lands stolen. All have had to face the ignorance, prejudice and violence of a preceding group’s arrival before  “acceptance and peace” could prevail. You might say it is a rather dysfunctional “rite of passage.”

Yet for over two centuries, we have managed to find a way to include the “other” and profit from the rich diversity and contributions of other races and cultures. The skills they brought and shared became woven within the fabric of our nation. It has not been easy and we continue to be a work in progress.

And now Mr. Burns and his colleagues are asking us to view this important piece of American history. With compassion and understanding, we are being asked to remember who we are and what we stand for. The lessons of the past are still present and occurring daily on our own borders as well as across the globe. We can take the time to remember the lessons of the past so history does not need to repeat itself.