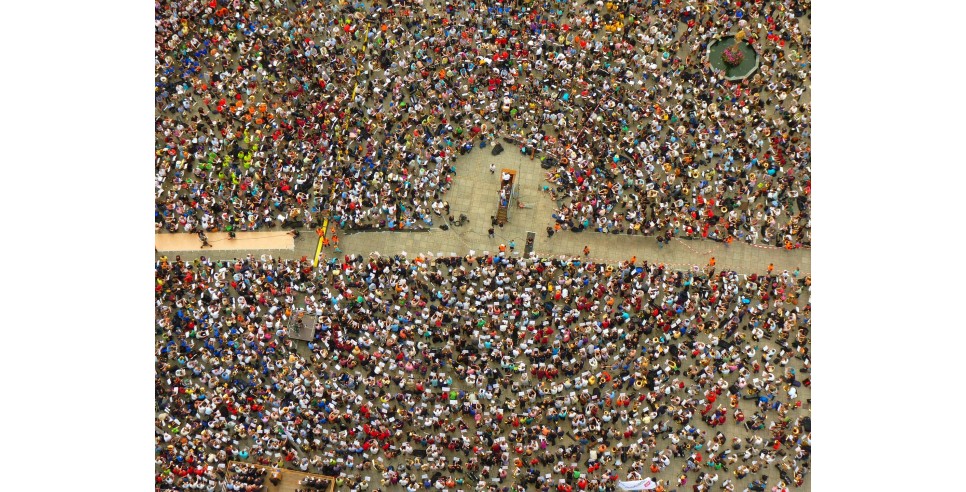 Much has changed since I wrote on May 11.

This country was already in an economic recession because of an incoherent and reactive federal response to the coronavirus pandemic. Though some jobs can be performed by working from home, unemployment numbers have hit unprecedented levels. National public health agencies like the Centers for Disease Control (CDC) were sidelined in their attempts to present expert advice, trotted out in near daily news conferences by the president, who undercut and politicized any guidance they had to offer. Meanwhile, attempts to revitalize an underfunded public health infrastructure supply chain failed, and led to shortages across the country, including hospital beds, personal protective equipment (PPE), ventilators and drugs for patients on ventilators, and desperately needed testing equipment.

As of June 14, the CDC reports that 115,271 Americans have died from the coronavirus. As time passes and we learn more about the virus, we know that the number of deaths as well as the number infected (2,063,812) are low because we were not testing everyone who has died since January, and our current testing programs are still marginal.

Now all 50 states have re-opened to some extent, and the curve that had been partially flattened by “stay/work from home” measures rises again. We saw the images of mask-less groups of people over Memorial Day weekend, and the increased rates of infection that are a result of such behavior. The numbers continue to rise past that weekend. For some, it is difficult if not impossible to wear a mask and to physically distance from others for a variety of reasons that range from disbelief to rebellion against conformity, to a feeling that their civil liberties are being violated.

With a president who loses no opportunity to fuel the flames and who is now frantic about his own re-election in November, the pandemic has allowed him to thumb his nose at public health recommendations from the government professionals at the same time he bashes governors for not re-opening their states quickly enough to get the economy “great” again.

Against the fear and anxiety that the pandemic has produced, the president has inserted himself as the “President of Law and Order” against countrywide marches on behalf of racial justice and police reform. His actions here have caused many former military leaders as well as the chairman of the Joint Chiefs of Staff to draw a hard line on the military’s role in “domestic politics” despite the president’s threats to send in the military to handle protesters in cities where marches have sometimes turned violent.

Protest marches began after videos were published of the May 25 murder of George Floyd by four Minneapolis police officers and the February 23 killing of Ahmaud Arbery, a Black man who was shot dead while jogging, which in turn resurrected the case of Breonna Taylor, killed in her own bed by police using a no-knock warrant and eight bullets in the middle of the night. These three deaths join a long list of deaths of persons of color at the hands of police officers. Such killings are not new, but they are front of mind because of the accuracy of the smartphone or body camera videos that make them unforgettable. The marches have continued night after night in this country, and around the world in support of the Black Lives Matter movement. This is not some passing phenomenon we are observing.

In Seattle, we saw a militarized police force deploy tear gas, rubber bullets, pepper spray and flash bangs on May 30 against thousands who were marching in reaction to George Floyd’s death, even as a group of non-marchers ransacked stores in the downtown core. After the sustained use of such devices during marches on the nights that followed, the use of those devices has now been overruled in court. On Friday, a silent march and general strike organized by Black Lives Matter in Seattle saw over 60,000 people marching, with smaller neighborhood marches across the city. Matters are unresolved but quiet of late since the East Precinct Seattle Police Department building was vacated by the police. For the time being, it is part of a six-block autonomous zone where those present govern themselves. Leave it to the president and Fox News to mischaracterize and disinform viewers on what is going on in Seattle, with Fox News going so far as to manufacture photos of the autonomous zone.

In this city, the violence between the police and the marchers has resulted in the removal of black tape over police badges to expose the badge number of the officer; a temporary order for officers to keep their body cameras turned on during events like this (even though city ordinance prohibits leaving cameras on during protest marches to respect civil rights); and the banning of an arsenal of tools that were created for military combat, not public safety. Under discussion at the City Council level is the mayor’s proposed budget for the police department, and a strong movement to reduce its size, with a corresponding move to invest in social services for the community.

Police chiefs have been left to fend for themselves, with elected officials seemingly incapable of demanding accountability. Though we’ve seen mayors fire officers as a result of egregious murders of persons of color, there is a large question about whether officers can be prosecuted successfully for their crimes. Worse, we are reminded that some officers remain on police forces or are rehired in other police forces even after repeated reports of misuse of force are part of their record. If we are looking for police to be our safety-net social workers, then a whole additional level of education and training should be required by federal standards, just as complacency about excessive use of force must be completely re-thought.

In his “Letter from a Birmingham Jail” in April of 1963, Dr. Martin Luther King responded to a letter written by white clergymen in Alabama:

“You may well ask, 'Why direct action, why sit-ins, marches, and so forth? Isn't negotiation a better path?' You are exactly right in your call for negotiation. Indeed, this is the purpose of direct action. Nonviolent direct action seeks to create such a crisis and establish such creative tension that a community that has consistently refused to negotiate is forced to confront the issue. It seeks so to dramatize the issue that it can no longer be ignored.”

I know that marches will continue in Seattle until some further negotiations are completed. Whether it will be reform or change, I do know that these issues are the same ones that Dr. King articulated 57 years ago. We have talked ourselves nearly to death on the question of social justice and have little to show for it. The systemic risk, with its trail of cascading failures, is all we can see some days.

The one tool that most of us have is the power to vote in the November elections, not just for a new president but at the Congressional and local levels as well. Until then, on the issues of pandemic and social justice, please do what you can to affect real change and to learn how we came to be in this set of crosshairs at this time in our history.