The Party of Fear vs Party of Hope 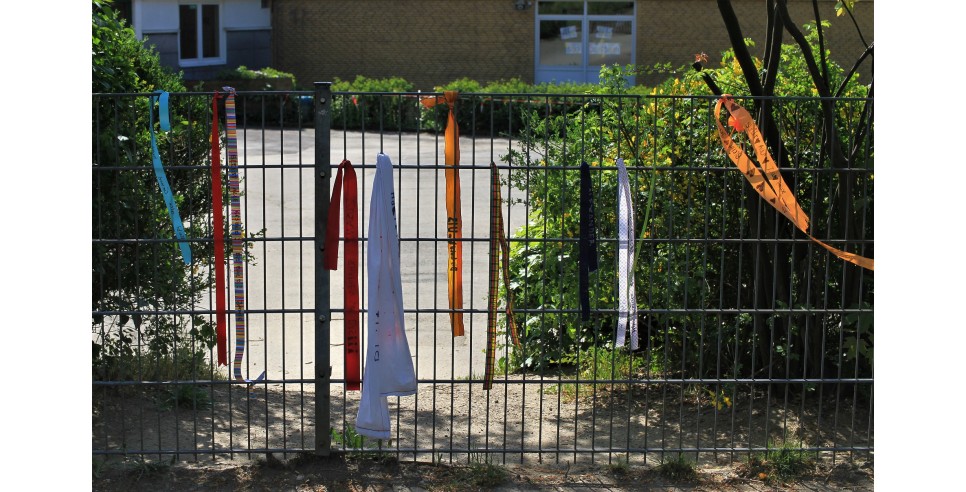 The Republicans present Fear like a paperback novel you can’t put down. Will you be murdered on an evening stroll by someone who doesn’t look like you? And did you notice there’s more of them moving into your neighborhood?

For the Democrats, Fear is like a chapter in an assigned textbook. There are x number of guns in America, unless we reduce them by 10%, thousands of lives will be lost by gunshot wounds.

Hope is treated similarly by the parties.

Under the influence of Former President Trump, Republicans treat Hope like a weapon: we must fight the Democrats, in the hope they don’t turn America into a Socialist prison. Republicans hope to go back to a peaceful era when there were fewer problems and less troublesome minorities.

Democrats’ most passionate messaging is wrapped around hope. But to be effective it must go beyond producing thoughtful position briefs, as Hillary Clinton and Elizabeth Warren excelled in releasing. Former President Obama grasped that there was a popular yearning for more a more open and just society than any previous president since President Kennedy. They both gave hope to those that wanted the nation to move forward as a community to improve everyone’s life. They did it through projecting hope in a personal way.

However, fear and hope are emotions, not separated from facts but not confined by them either. Each party cherry picks the data and the real-life experiences that reinforce their positions.

Debates between candidates rarely sway the general public. It is the listener’s expectations that frame their judgement of a debate. Since the 1960’s the Democrat Party has gradually and uniformly adopted liberalism. While the Republican Party has done the same in embracing  conservatism.

The nation’s demographics show an aging population and a greater ethnic diversity. Democrats argue that these growing cohorts deserve new social, political and economic laws to meet their needs. Those changes will benefit the national community-at-large. It is not a sum-minus view where someone’s gain is another’s loss.

However, that is exactly how the Republicans see it. As a result, Republicans are receiving a wave of populist support, particularly from white males who perceive that they have the most to lose, regardless of their economic status. The clash between the two parties comes down to a class between individualism and communitarianism.

Democrats have not appreciated that individualism has been a central national value since our founding. It is directly tied to protecting our liberty and freedom from an authoritative government.

For the original thirteen colonies, the King of England had been the enemy. Trump Republicans now see the federal government as the enemy. New laws passed by the Democrats are characterized as oppressing their individual freedoms, such as owning any type of gun or choosing not to wear Covid virus-filtering health masks.

Democrats on the other hand, embrace a communitarian approach that emphasizes a community’s welfare above that of any individual. This has led them to encourage an increase in the federal minimum wage and restrict the use of chemicals like Freon that destroy the environment and ultimately the public health.

Individual businesses may suffer a loss of profits from these new measures. That result is where the concerns of individualism and the interest in promoting a free market converge. The individual should be allowed to accumulate wealth even though the community may suffer from such activity.

In sum, each party’s messaging, that is based on fear or hope, reflects an underlying cultural perspective that prioritizes either the defense of an individual’s rights or protection of a community’s welfare.

This conflict has been politically manifested and executed from the beginning when a national federal framework for the United States of America was created. It attempted to balance the powers of individual states and those of the central government.

Our future has been guided to the extent that state rights or constitutional rights rule. It’s a question of whether the status quo can be altered nationally or for just individual states. That struggle began when each state originally possessed a level of sovereignty that far exceed what they can muster today.

The high point for emphasizing state sovereignty was reached when the Supreme Court in 1857 issued the 7–2 Dred Scott decision – five of the nine justices were from slave owning families.

The following year, the Democratic senator Stephen A. Douglas and Republican challenger Abraham Lincoln, debated the correctness of the court’s decision. Douglas accurately explained that the court declared “that each State has the right to settle the question of suffrage for itself, and all questions as to the relations between the white man and the negro.” Hence, Blacks could be enslaved indefinitely or until a state decided to set them free.

The Civil War defined the moment when state’s rights as an exercise of sovereignty ended. They were part of something larger, the Union, and they could not withdraw from it. Consequently, they were forced to end slavery, against their will.

Limiting state’s sovereignty has since been pursued by the Supreme Court as demonstrated by two landmark decisions, reached over two generations ago.

The court’s 1954 unanimous opinion in Brown vs Board of Education ending racially segregated public schooling by states was inherently unequal and a violation of constitutional rights. In the Roe vs Wade case, the Supreme Court ruled 7-2 that the US Constitution protects a pregnant woman's liberty to choose to have an abortion without excessive state government restrictions.

Identifying the issue of state’s rights is necessary to show that it has been used as a tool by conservatives and now the Republicans to push a philosophy of individualism. The Republican Party hopes to turn the nation back to an era of tranquility for people, the preponderance of whom were of European decent.  There is no fixed period, but it is one that would come before the Supreme Court curtailed state’s power with decisions like Brown & Roe.

For Republicans, hope is closely tied to the fear of losing the freedom to live as one wishes, without any federal government interference. The right to carry a loaded gun is now a touchstone for measuring freedom. Ironically the other touchstone for state’s rights, is their ability to effectively deny a woman’s right to control their bodies. That contradiction is explained away by conservatives as a religious conviction which has a higher authority than government.

The differences in the parties’ messaging are already shaping the crucial 2022 November elections, which will select one third of the Senators and all of the Representatives.

At Trump’s first post-election rally, held in Lorain County Ohio on June 26, a 32-year-old physical therapist, was interviewed by NPR at the rally. She said that it was scary not having Trump as president.

The role of fear remains strongest among Republicans and conservative independents. For them, without a strong leader to stop the Democrats, bad things will happen.

Under the influence of former President Trump, Republicans now tend to hold loud rallies feeding that fear. If Democrats remain in control of congress their individual freedoms and liberties will be stripped away.

The only barrier the Republicans have is that the majority of state legislatures are controlled by conservative Republicans. But if the Democrats win a clear majority in congress, new legislation will accommodate voters who want dramatic structural changes.

That is why Republicans oppose retaining past measures that have encouraged voting. Those improvements led to Joe Biden becoming president and they could bring out new voters in deep red states like Georgie, where the Republicans lost two US Senate seats.

Democrats also fear the Republicans, but rather than holding rallies they issue policy papers about how Republican’s social and economic policies favor the few over the many. That disparity will only get worse if we don’t adjust government programs – discussion groups follow. Which party’s delivery attracts lines of people waiting to attend their events?

Democrats do not have to mimic the scare tactics of the Republicans to win elections. However, they must energize their constituents to the same degree.

To accomplish that feat, they need to unabashedly promote community welfare while protecting the livelihood of everyone regardless of racial identity. In particular they must acknowledge that independent businesses must be assisted in some manner during a period of transitional change toward a society that is less stratified by race and income.

A message of hope can beat a message of fear, if it provides a clear road ahead.