“The Rule of Lies” Why it Matters. What Can We Do? 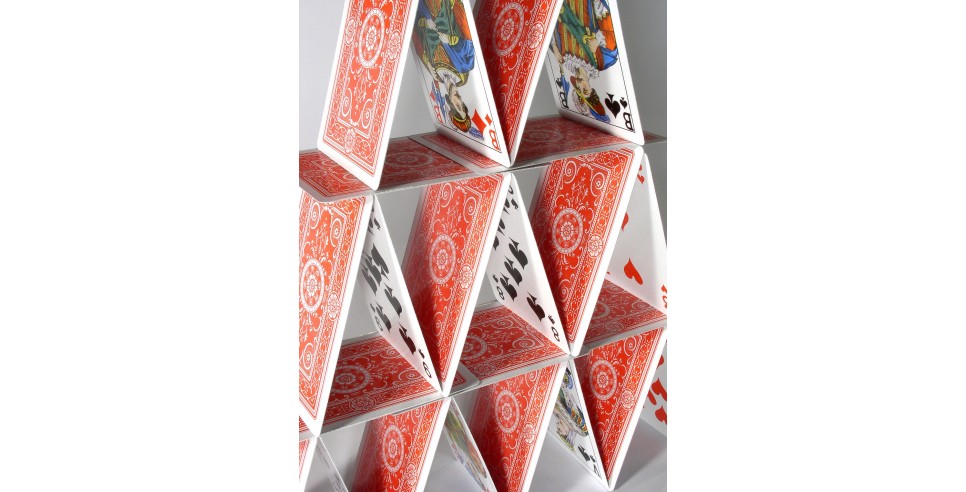 A lie serves the liar’s interests, often at the expense of others.  It also destroys social trust and undermines our democracy.  How can we redeem our civic discourse after Trump?

The rule of law depends on truth-telling.  That’s why our legal system has an elaborate set of rules, procedures, and institutions designed to get to the truth of a matter, and why perjury is treated as a serious crime.  Lies serve the liar’s self-interest, very often at the expense of others.  Lying is also a betrayal of our implicit social contract, which depends on trust and honest dealing.   And, in a representative democracy, the truth is like an invisible chain that links the actions of our elected officials to the will – and control – of the people.  When the chain of truth-telling is broken, the voters can be manipulated and fatally deceived.  (Our two most disastrous wars over the past century were launched under false pretenses.)

It matters “bigly”, therefore, that Donald Trump has extruded more than 13,400 lies since taking office and is currently producing an average of about 22 a day, according to the Washington Post.  We have been told by Trump that he knows the Russians didn’t meddle in our 2016 election, that he didn’t pay off his mistress Stormy Daniels to buy her silence in 2016, that the Mueller Report exonerated him from obstruction of Justice, and that there was no “quid-pro-quo” in his dealings with the Ukraine, among other fictions.

Many of us have learned to shrug off this torrent of mendacity from the White House, and other Trumpistas.  The problem is that about 40% of our citizens believe in Trump’s lies, or don’t care.  This is deeply subversive – a cancer that endangers our democracy.  Indeed, corrupt demagogues have used lies as a political tool to gain and hold power at least since ancient Greece.

Once upon a time in this country, it was a career-ending event for a politician to be caught out telling a lie.  Now it’s likely to get respectful media attention and political traction.  Thus, many voters have been duped into believing that the impeachment investigation is illegal, a conspiracy to overthrow the 2016 election, an illegitimate witch hunt, a secret “deep state” cabal, etc., regardless of the fact that it is both a completely legal process and is fully justified by what Trump himself has told us.  It’s time to become alarmed about this assault on the rule of law and our Constitution.

Looking beyond the immediate political crisis, we should begin even now to think about how to repair the damage.  What can we do to restore our frayed and deeply corrupted civic discourse?   The social norms and public expectations that once deterred political liars and wanton lying will no longer suffice.  I believe we will need to establish a more explicit set of rules backed by credible punishments for violators – new laws.  We need to expand the legal/criminal concept of perjury to encompass our political discourse as well.

James Comey, the former FBI director who was infamously fired by Trump, suggested a path forward for us in a recent op ed article.  He pointed out that the very first law enacted under our Constitution and signed by President Washington in 1789 established an oath of office for our elected federal officials that is formally binding.  Our elected representatives have a legal obligation to provide faithful public service.   They must “support and defend the constitution of the United States” and “bear true faith and allegiance” to its provisions. The president has the additional responsibility to “faithfully execute the office of president…”  I believe this foundational legal requirement could be expanded and, equally important, provided with teeth that will act as an effective deterrent.  We cannot rely on the blunt, seldom-used tool of impeachment or an election system where, these days, partisanship often trumps the truth and defeats our traditional ability to “throw the bums out” at the polls.  Call it an anti-perjury law.

First, all candidates for the Senate and the House of Representatives, when they officially register at state or local election boards, should be required by law to sign a code of ethics that includes a prohibition against perjury in what they say, or in anything published, or broadcasted (or posted on social media) in their name or on their behalf during the campaign.  Any registered voter in their district could then file a “complaint” (along with supporting evidence) to the election board that would have to be adjudicated by the board within, say, 48 hours.  And if the candidate is found guilty, an appropriate fine would be levied as a penalty.  (It should also be paid in personal funds, not third-party donations.)

Failure to pay the fine, or repeated offenses, could lead to having a candidate disqualified.  On the other hand, an election board’s ruling could be appealed to the courts.  Likewise, a complaint could be withdrawn if a candidate issues a public apology and a solemn pledge not to repeat the offense.  Similar anti-perjury legislation should also be enacted by the states for state and local offices.  However, presidential campaigns should be under the jurisdiction of a revitalized Federal Election Commission, which already has the responsibility (however flawed) for overseeing campaign financing.

Given the realities of our culture and our politics in the 21st century, there are a number of caveats that should be included in this system.  For instance, these new laws should be carefully drafted to discourage their use for willful harassment; the system should be kept simple and easy to administer (it could be done via e-mail and mobile phones); it should draw a clear distinction between rhetoric, inuendo, “spin” and a palpable falsehood; and the burden of proof would be on the person(s) filing the complaint.

A second element of any anti-perjury initiative could be a law that requires all federal office holders and political appointees to be truthful in their public statements.  Both the Senate and the House of Representatives already have standing ethics committees for their members and staff, but their ethical codes are oriented to financial matters – gifts, travel expenses, campaign activities, conflicts of interest, etc.  Using the authority of the 1789 law, it should be possible to add a formal process for making perjury complaints to the ethics committees and imposing sanctions on transgressors.  But what about all the other political appointees in the vast federal establishment?  Almost every department and agency has an “inspector general” and a staff of career civil servants who are charged with various oversight and investigation functions.  It seems both logical and reasonably economical to add an explicit anti-perjury function to their job descriptions.

So, what about the presidency itself?  How can we hold a future president accountable for telling the truth?  In addition to the seldom-used remedy of impeachment, we should revive our traditional expectation that our presidents must be generally truthful, and this should be backed up by a change in the mind-set of our media.   As various critics have recently pointed out, our “free press” has long adhered to the norm (if not always the reality) that it should be even-handed and “fair” in reporting what our political leaders say and do.  This needs to change.   Our news media must become more aggressive in calling out lies and liars, including even other media outlets that knowingly engage in systematic mendacity.  Some of this is already happening in response to the onslaught of “fake news” that is being tweeted out every day by our liar in chief.   (He makes it easier for us by regularly contradicting himself and denying plain facts.)  Indeed, Trump’s mountain of lies could well be a separate article of impeachment – sort of an indirect rebuke of Trump by George Washington himself!

Our politics will never be free of mendacity and many other forms of self-dealing at the public’s expense.  But there is more that we can do to rein in and deter some of the most flagrant and damaging kinds of malfeasance.  To modify a famous line from the great English writer Samuel Johnson, nothing concentrates the mind like the prospect of being punished for what you do. It’s far from perfect, but it’s a start.