The Small Library with a Big Heart 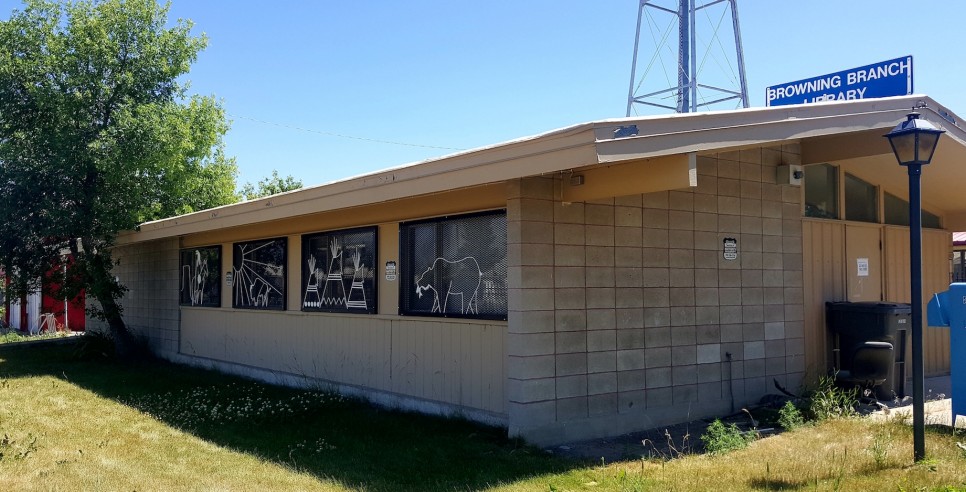 Sometimes it is hard getting all the information you need to write a solid article. However, the very contexts of the obstacles give you an ideaof the people you are writing about. Thus, it was when I phoned Montana’s County Glacier Library Browning Branch, where the entrance to the East Glacier National Park is located, and I learned that I would have to phone several times.

One day I tried to phone and there simply was no answer.  I phoned a nearby library which told me that there were posters all over town announcing that the one-room library was closed so that new carpet could be installed in its 1600 Square feet space. The next day because the library’s phone battery was running out and had to be set on its charger, I could only talk for a minute at a time. After phoning seven times, I decided to wait a day and hoped the battery would by then be fully charged.

The library is impressive because, according to the last census, it caters to a population of a mere 1,033 people in the town of Browning, the seat of the Blackfeet’s tribal government.  The back of the one-room library is walled off to allow office space, a closet and bathroom.  Browning is a town in Glacier County, Montana. It is the headquarters for the Blackfeet(tribe) Indian Reservation and is the only incorporated town on the Reservation, which has a population of about 10,405, some of whom attend Blackfeet Community College. 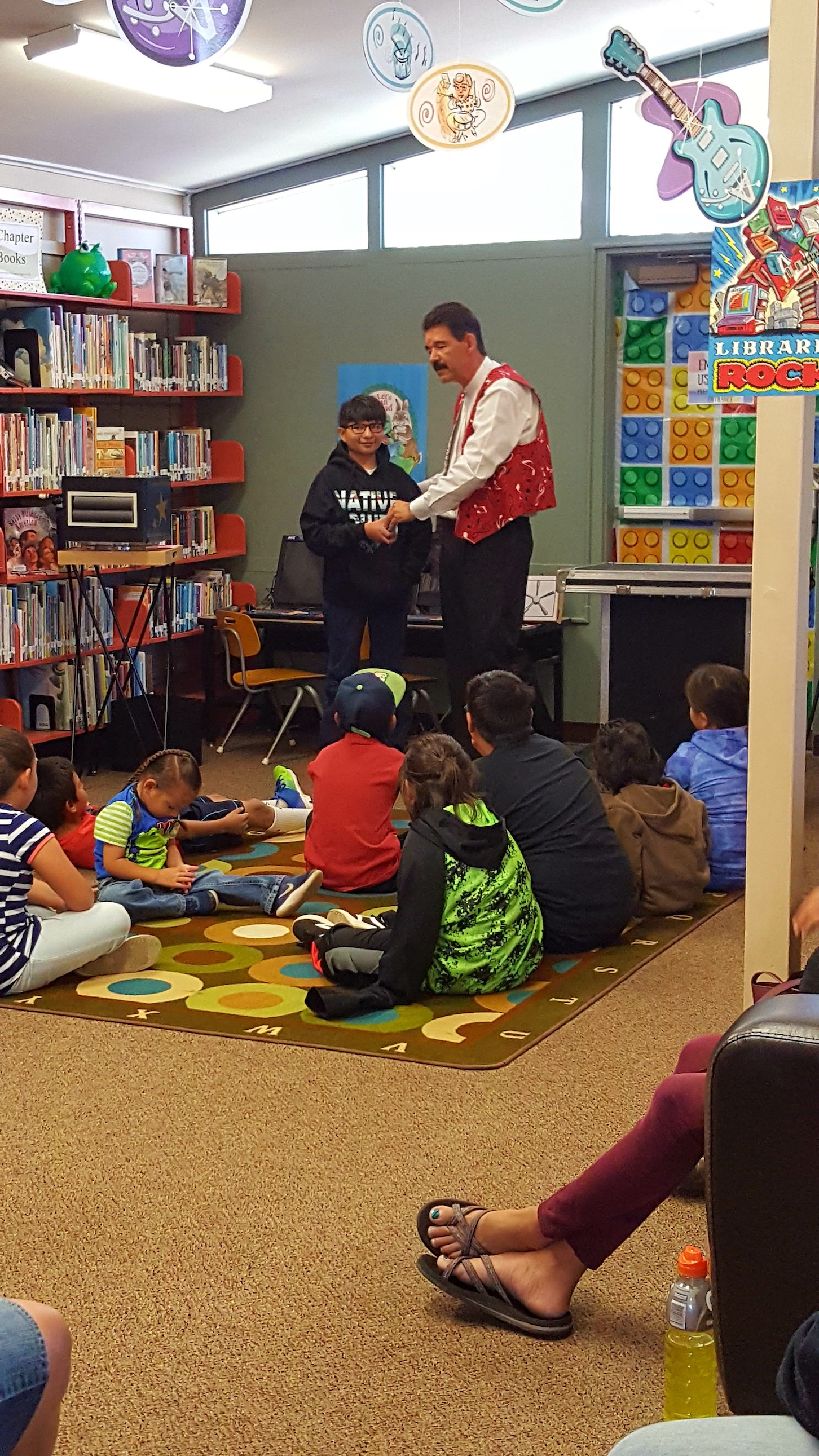 Evan Lewis, who comes from Tennessee, works part-time at the library and is getting his computer certification at the community college. Evan says that he feels very much at home in Browning. Evan emphasizes that the library is a great resource for the locals. “I would say that 50% come in here to use the computers.”

Vananda Yazzie, who also works part-time at the library and whose mom is of the Blackfeet Tribe, points out how the library offers more than just books. “We have Wi-Fi. We are a safe place for children. We supply toys and blocks. Teachers like to come here with their pupils. The library provides the young adults with alternatives to doing drugs, drinking, and driving illegally. I would say we have more non-fiction books many of which are centered on American natives, especially the Blackfeet. We maintain a free book-exchange shelf. Our DVDs, because we have no movie house in town, are very popular.”

The library space may be small, but the caring is big.