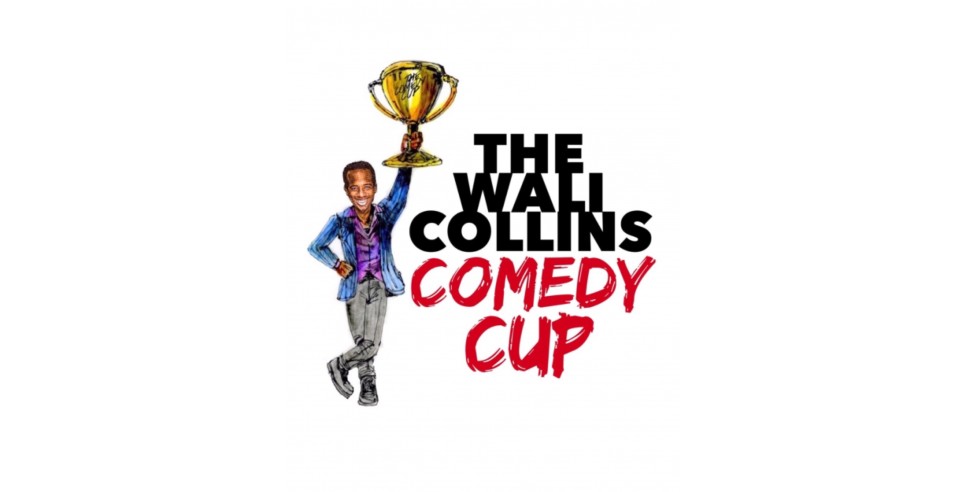 An audience doesn’t have to travel to ancient Rome to see gladiators battle to the death. Today’s fiercest warriors happen to be New York City’s finest comedians.  Now a regular show at the Gotham Comedy Club in New York City, Wali Collins’ Comedy Cup has turned into a real sensation! And who is this Wali Collins dude?

Wali Collins is the first African American to have his own show on Comedy Central, and a regular at all of the mainstream comedy clubs in New York City and Los Angeles. He headlines and tours at comedy clubs in Europe and Asia. If you see his pic, you’ll know you’ve seen him somewhere! Collins' television credits include NBC, CBS, FOX, HBO, ABC, VH1, Comedy Central, Netflix, Hulu. Wali is featured in the hit Netflix series, "The Get Down", Hulu's, "Difficult People," and the Oxygen Network series, "Crazy Love."

Breaking new ground, the first Wali Collins’ Comedy Cup premiered on November 15, 2016 at the Gotham Comedy Club. This kind of show—featuring seasoned comedians—has never been done before. Wali started the contest to create a show that is a perfect fit for television. The Comedy Cup can also be a great touring show at any comedy club, theater or auditorium.

In Wali’s own words, “I came up with a show that involves one of my great loves—Stand Up Comedy and the people who do it. The Comedy Cup is the best way to feature the talent of experienced and well known comedians. It’s all about comedians having a good time.

Jeffrey Gurian comedian and producer of Comedy Matters TV™ notes that New York’s finest comedians are standing in line to strut their stuff and show their finest work. “There’s a saying in comedy that everything’s already been done, but somehow Wali Collins has managed to come up with a new spin on an entertaining show called ‘Comedy Cup’ where comics compete with each other in a different, fun and interesting way.  Go see it for yourselves!”

After doing the Comedy Cup for over a year Wali Collins says, “His biggest surprise is how much the audience and comedians enjoy the show. It’s a different take on stand up comedy because the audience gets so involved, especially when I give the final score!”