Thoreau the Meter Transcendental Treks on the Noir Shift 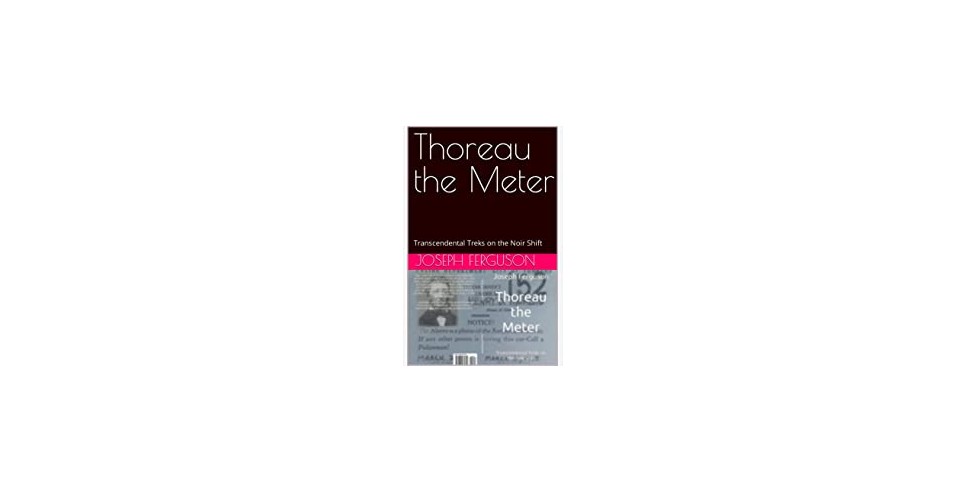 In “Thoreau the Meter: Transcendental Treks on the Noir Shift,” Joseph Ferguson writes about journeys on the road, albeit road trips, that weave in and out of Yonkers as though this city is a roundabout located on Main Street in the midst of America. Two parts Charles Bukowski (without over-the-top descriptions of bodily functions ) and one part Jack Kerouac (the journey takes us everywhere and nowhere).

The author aptly describes the North End of Yonkers “as a melting pot of diverse and often hostile groups: hippies, junkies, greasers, jocks, rednecks, socialists, and bizarre cross pollinations,” of which there were many. As a kid from Yonkers myself, I recognize this collection of stories as being set in the halcyon days of the 1960s & 1970s, back when the men wore pants, and the women wore dresses. Aw Shucks! The women wore pants back then too, but rarely did the men wear dresses.

Look for those occasional flashes of descriptive brilliance: a car with a missing headlight is a “one-eyed car,” or “dawn broke like a rotten egg-slimy and fetid,” and better still, “Jackie slithered into the car like an egg wriggling off a frying pan.”

Ferguson’s gem of a collection takes us on an adventure with the self-proclaimed Scurvy Bastards: Hose, Wizard, the Nut and William the Wired, who have no ambitions in life other than to bask in booze. From watering hole to watering hole, the Scurvy Bastards drown their sorrow, joy, passion and kismet in the Irish curse —alcohol. If I had to categorize this collection of short stories as a cheap alcoholic beverage, it would be a boilermaker, a can of Budweiser backed by bar-brand whisky.

Can you spare another pint, Matey? Later we meet Loki and Colonel Custer, and Jackie, a character in present time, who tries to recapture his glory days as a loafer on the lamb in the North End. Jackie has an epiphany while peeing in the toilet. The epiphany is earth shattering. Getting drunk and peeing in the toilet of the former site of the legendary Donaghey’s Pub, is as good as it gets in life. Amid the intellectual name dropping and literary references ranging from Emerson to Thoreau, it doesn’t get any better than this, but it sure can get worse. There is ample evidence that Yonkers boys can indeed be educated beyond their means. Did I miss the reference to Homer’s Odyssey?

Bibliophile and Seattle bookstore owner John Siscoe once told me, “There is no such thing as a bad book.” How true! All books have merit and teach us at least one great truth. In this book I learned for certain that some books are more redemptive than others. There is no redemption here. There is only TCBBS. In the author’s words: “Take care of business, but Stoned.”

As an expatriate Yonkersite, I remember North End guys like the Scurvy Bastards. That’s probably one reason why I wanted to get out of Yonkers. But looking back on it now, I kind of miss those guys. They were very real people, warm, funny, outrageously human and brave in a way we don’t see too much of in the Twenty-First Century. Today’s cold reality of social media, technology, and the long tail of algorithms tracking us everywhere, strangles our humanity. I’m glad I can visit these guys in Ferguson’s delightful book. I’m also grateful that I don’t have to live with the Scurvy Bastards or anywhere near them!