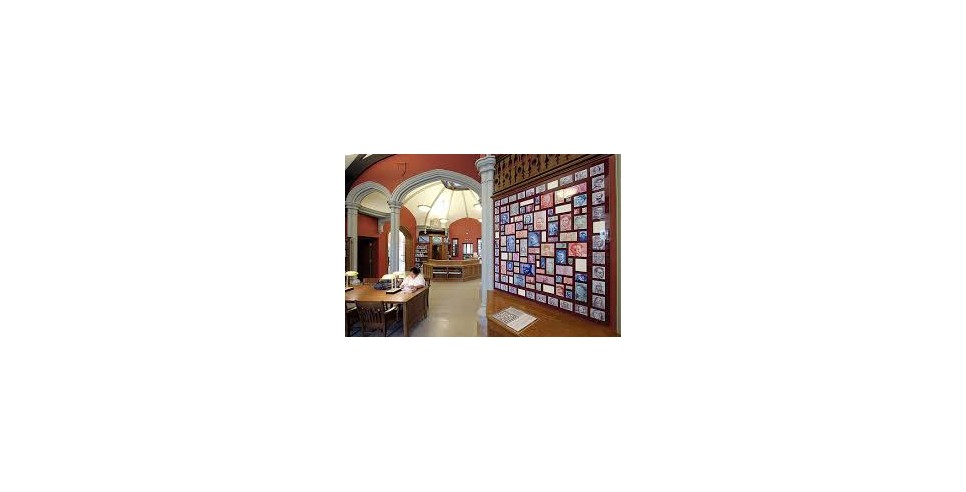 One of the forty-one libraries in the Hennepin Library System, the Sumner Library is a Carnegie Library that dates back to 1915. Built in a Tudor Revival Style of architecture, the famed brick L-shaped library features coved ceilings and a central tower.  The Library is named for Charles Sumner, who was a U.S. Senator from Massachusetts and a passionate abolitionist. This Minneapolis library has had a long history of serving immigrants. In the early Twentieth Century, the library was a hub for Jewish immigrants. At one point, 95% of the library’s patrons were Jewish. Consequently, the Minneapolis public library moved its entire collection of Yiddish and Hebrew books to this branch.

Serving immigrant communities has become part of the Sumner Library’s cultural legacy.  Today, more than a half-million immigrants live in Minnesota. The largest groups of immigrants are from Mexico, Somalia, India, Laos, Ethiopia, Vietnam (including Hmong), Thailand, China, Korea, Liberia, and Canada. The Sumner Library recognizes how vital immigrants are to the cultural and economic enrichment of life in Minnesota. The immigrant community includes students, workers, and refugees, both citizens and non-citizens.

Originally part of the Minneapolis Public Library system, the Sumner Library became part of the Hennepin County system in 2008. The library building is listed on the National Register of Historic Places. On October 10, 2015, the library celebrated its centennial. Newcomers are welcome! Every month, the library hosts an early-bird (7am) newcomers meeting. For more information about classes, programs, and special events, please see the branch website.