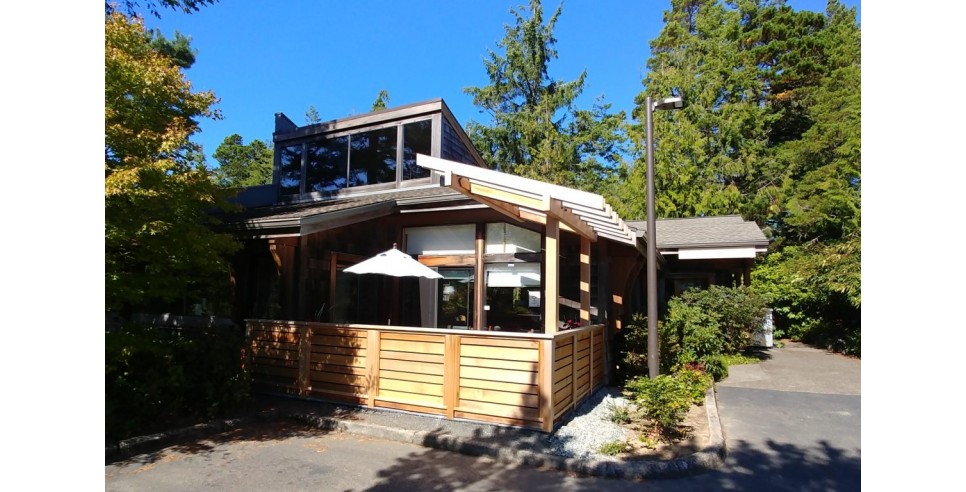 Some libraries begin with a committed board of directors or spin off as a new branch from an already existing central library. Other libraries begin with a group of women who are determined to grow a place where books can be found and ideas will flourish. The North Tillamook Library at Manzanita began as a noble startup created by a few good women.  Early Manzanita settler Helen Hollenstad is the keeper of the library’s archival memory. She wrote about Mrs. Ben Lane, who donated books to the community in 1930.  At that time the books were stored in the real estate office space that Mrs. Johanna Lane shared with her husband Ben.  A woman named Mrs. Van Groos soon became the official librarian and resident story teller during the children’s story hour.

A covey of books coupled with a few earnest women and a reliable space—these are the seeds that formed the earliest version of the Manzanita Library. Within a year this little offshoot of a library was circulating 250 books. Soon the library was receiving book donations from other libraries in Salem and Portland.  By 1933 the fledgling library moved into the newly built Pine Grove Community Center, a small cabin which still stands today.

No library ever seems to have enough space and this little library was no exception. In 1978, a $1,000 kickoff donation of “seed money” to the Manzanita librarian, along with a helpful city council and generous community support that included donations, pancake breakfasts, auctions, wine tastings, and all kinds of fund raisers, led to the building that was eventually raised and houses the library today. The full roster of people who pitched in and helped to build this library is a fine example of what defines a genuine community! It was the combined efforts of this Manzanita community that allowed their library to officially become part of Tillamook County Library System on July 18, 1987. 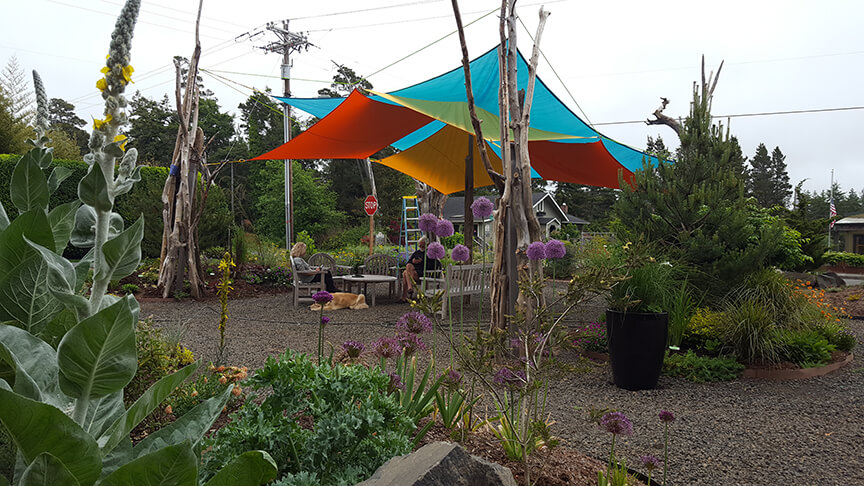 Next to the Library a Wonder Garden is a small oasis full of unruly sun-kissed plants. The Oregon coast’s mild climate, strong sun and coastal air raises every genus of plant and flower imaginable. Pick up a book from the library and sit amid towering stalks of flowers and modest low-to-the-ground shrubs sprouting blooms in shapes and colors only made possible by a fragrant air cleansed by wind from the ocean. The Wonder Garden is actually sponsored by the nearby Hoffman Arts Center,* but it’s no accident that it’s located so close to the library.  You can spy writers sitting in the garden seeking inspiration from a shockingly wild colored flower, hoping to write something strange and grand.

The Library itself nestles a small enclave set with stone pillars, columns and modest seating.  Guest Lecturers share their expertise about flora, fauna and animals that inhabit the Oregon coast. This is also where librarians hold story hours for children. Other activities held at the library include weekly Mah Jong sessions and movie nights. While the library has evolved from its humble origins in 1930, strong women in the community continue to make sure the library is thriving.  Every spring the women hold a book sale at the Pine Grove Community Center. All year long they hold other fundraisers too. Right now a huge collection of current magazines can be bought for 50 cents apiece. All proceeds benefit the library. If the library had a motto, it could be: Good Things Grow in the Midst of Great Beauty.

* The Hoffman Center for the Arts is a place for artists, writers, musicians and creators of all kinds. It’s for those curious about art and culture, who are looking for immersive experiences. It’s for those who are dedicated to learning and connecting to their creative spirit and to their community. And it’s for those who enjoy soaking up the artistic expression of their north Oregon coast neighbors.