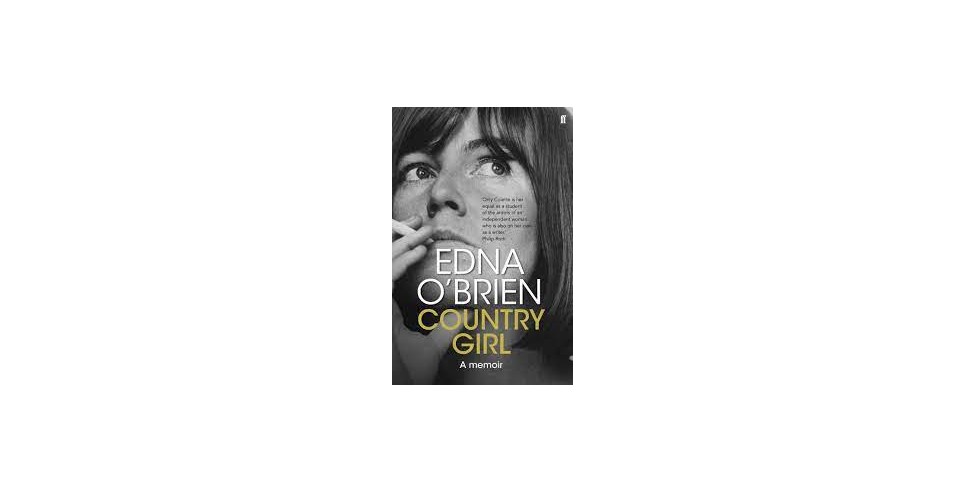 When Irish Author Edna O’Brien wrote her memoir Country Girl, some feared it might be a “kiss and tell” probing of the unbridled passions and secrets of the rich, the powerful and the celebrated. There is a great litany of jaw-dropping, name-dropping, from old-time film actors and literary authors to rock stars, royalty and society mavens, but in many ways they matter not. Her anecdotes about the famous reveal little about them and tell us much more about Edna O’Brien—she could be in the midst of a spectacular party, chit-chatting, drinking, and reveling in bawdy jokes, but at the same time she never left her interior world, that marvelous place, the great within, where an artist observes every little nuance to create great literature.

Her memoir is lush and brimming with bucolic landscapes and urban bustle that take us on a journey from O’Brien’s ancestral home, Drewsboro in County Clare, Ireland, to the toniest capitals in the world, including the literary bastions of New York City and London, and enchanting guest villas on the Mediterranean. Aside from writing novels, nonfiction books, short stories and poetry, O’Brien is also an accomplished dramatist and screenwriter. She does time in tawdry Hollywood as if it is a jail sentence. Being a cog in the Hollywood machine is often demeaning to talented writers; here, Edna O’Brien is no exception.

Despite all of O’Brien’s gallivanting to foreign ports, one has the sense that no place is really good enough for her, not London where she has lived most of her life, not even her beloved Ireland. Her only real home is in her head, and she would proffer to keep it there except her pen frees her to make Mother Ireland accessible to all of us.  (Edna O’Brien still writes book manuscripts by hand in the cursive penmanship she perfected as a young Irish lass.)

Edna O’Brien has a sotto voce literary voice that is both gravelly and haunting with the melodic fluidity of aging wine. Her anecdotes are vivid but holier than thou and at times pompous. If her story telling has to be categorized according to the definition of  being about the “Lace Curtain Irish” or the “Shanty Irish,” then without a question, she hangs a wooly curtain over our eyes. Something might be missing from her artful storytelling, but if there is, we will never know. The most banal of human activity always feels somehow proper … too proper in fact, yet she always gives us true insight into the rich emotional complexity of the Irish character.

Her relationships with lovers, especially married men, are steeped in fantasy. She is fixated on the notion of unrequited love, yearning for her lover who is never there when she wants him, but she rather enjoys that anguish. The potent imaginary lover is much more blissful than enduring day-to-day drudgery with a steadfast suitor who commits to her. For a writer who dwells in the rich tapestry of her mind, it is far preferable to love intensely from afar, rather than to bring a passionate love affair down to earth and into the realm of the predictable and the mundane.

There is a price to pay for living in one’s head.  Edna O’Brien would agree— that a terrible, aching loneliness is the price one must pay for being one of Ireland’s greatest writers. Her memoir is a celebration of her life, a life steeped in literature, and it is a glorious place to be. You can never go home again, not even to Ireland, but in literature you can dwell there forever.