“A Man for All Seasons” 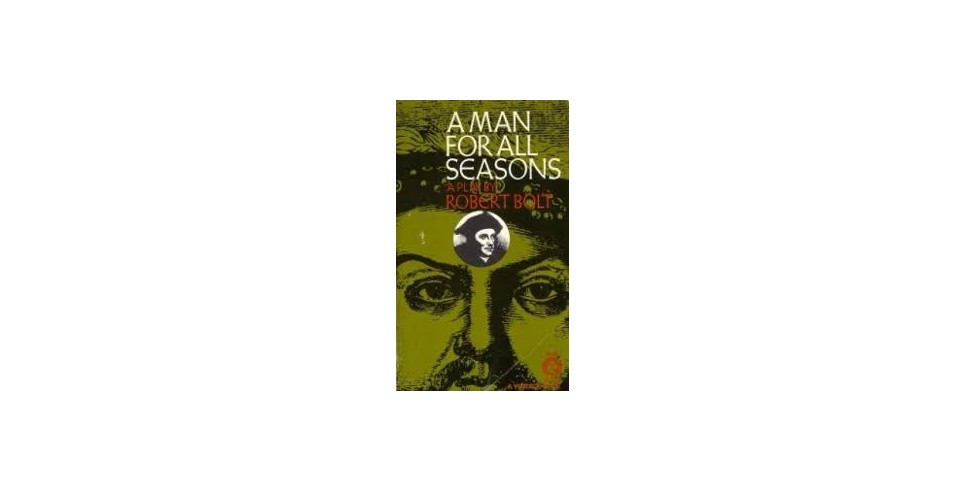 Robert Bolt’s brilliant and inspiring play back in the 1960s about the martyrdom of Sir Thomas More provides something of an antidote for our toxic politics, and a reminder that we do have “better angels.”

The basic story is well known.  King Henry the Eighth’s first wife Catherine had not produced a son for him over many years.  The King fell in love with Anne Boleyn and decided to seek an annulment from the Pope in Rome.  (England was then a deeply Catholic country.)  Both the canon law and the politics were complicated, but the upshot was that the Pope refused an annulment, so King Henry set about to defy him.  Ultimately, Henry established his own Church of England, dethroned and divorced Catherine, and married Anne (and four more wives after her).

Sir Thomas More was a distinguished lawyer, statesman, philosopher, and King Henry’s Lord High Chancellor (as well as being a personal friend).  More did not approve of Henry’s moves, though he was circumspect about it.  When pressed, however, More refused to sign a public oath swearing allegiance to the new church and endorsing the annulment and remarriage.  So, the king had him tried, convicted (with perjured testimony), and executed for treason; he chose to die for his faith and his principles, and he refused to publicly lie about them.

Here is what Robert Bolt had to say about him in the written preface to his famous play:

“Thomas More, as I wrote about him, became for me a man with an adamantine sense of his own self.   He knew where he began and left off, what areas of himself he could yield to the encroachments of his enemies, and what to the encroachments of those he loved.   It was a substantial area in both cases… Since he was a clever man and a great lawyer, he was able to retire from those areas in wonderfully good order, but at length he was asked to retreat from that final area where he located his self.  And there this supple, humorous, unassuming and sophisticated person set like metal, was overtaken by an absolutely primitive rigour, and could no more be budged than a cliff.”

Unlike Trump, More also championed the rule of law as an absolutely fundamental pillar of any civilized society.  There is a bit of dialogue on this subject in the play:

William Roper (a young lawyer and the fiancée of More’s daughter):  So now you’d give the Devil the benefit of law!

More:  Yes. What would you do?  Cut a great road through the law to get after the Devil?

Roper: I’d cut down every law in England to do that!

More:  Oh?  And when the last law was down, and the Devil turned round on you --where would you hide Roper, the laws all being flat?  This country’s planted thick with laws, from coast to coast – man’s laws, not God’s – and if you cut them all down – and you’re just the man to do it – d’you really think you could stand upright in the winds that would blow then?  Yes, I’d give the Devil the benefit of law for my own safety’s sake.

As we wallow in, and anguish about, Donald Trump’s colossal, shameless mendacity and contempt for the law, we should remind ourselves that there are still deeply principled men (and women) for all seasons among us, even today.   We should honor, and not forget, examples like Lt. Col. Alexander Vinman and Ambassador Marie Yovanovitch, who defied Trump and honored their Congressional subpoenas during the impeachment hearings, and Captain Brett Crozier, commanding office of the aircraft carrier Theodore Roosevelt, who risked his military career for the safety of his crew.  Maybe these examples can inspire us to summon up our own better angels.