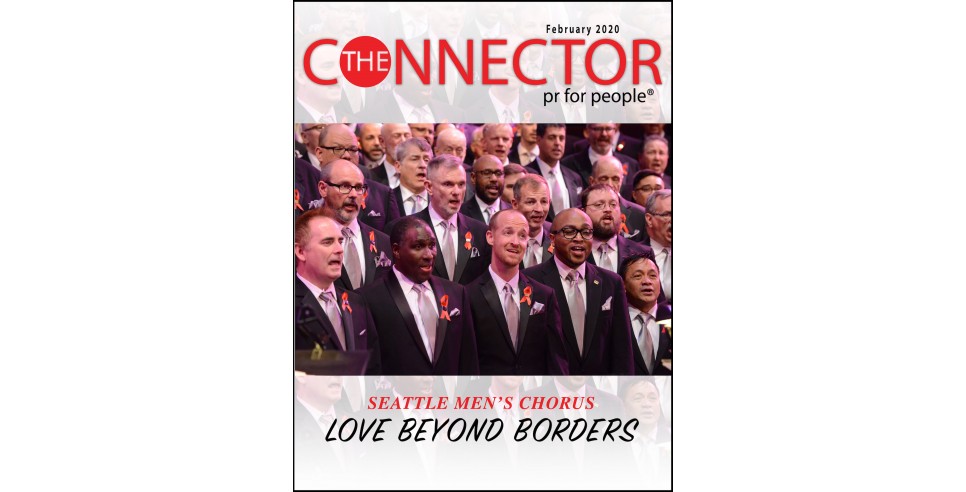 This month, Barbara Lloyd McMichael writes about “Love Beyond Borders,” a program performed by the Seattle Men’s Chorus that is slated for March 20-21 in downtown Seattle. The theme of “Love Beyond Borders” explores Seattle’s unique place in the world as a sanctuary for LGBTQ individuals who grew up in Muslim nations. In the Middle East, assaults, executions, and honor killings of LGBTQ people are very real threats.  Michael Failla, a retired chiropractor, has been working to help LGBTQ individuals by forming an underground railway to help LGBTQ individuals to escape to safety

With support from a grant from the National Endowment for the Arts, the Chorus has commissioned a choral song cycle that illuminates the stories of refugees. The Seattle Men’s Chorus is composed of over 120 singers who identify as LGBTQ. The members of this community sing to bring us unparalleled fun, love, and joy, as well as a great sense of shared purpose and community.

Our Library profile for February is a repeat of New York Public Library for the Performing Arts, which had been previously published in March 2019. This library is a good complement to our feature article “Love Beyond Borders.”

On a more somber note about libraries, Books On Fire is a narrative that begins by recounting the Nazi book burnings of 1933. Totalitarian regimes often target books as a threat to their ability to maintain control over the masses. Could the Nazi book burnings of 1933 happen in America? Take a look around, libraries have already begun to ban and banish books. Books on Fire connects the dots by showing us how the recent incidents involving public libraries could signal the beginning of a dangerous trend. –Patricia Vaccarino