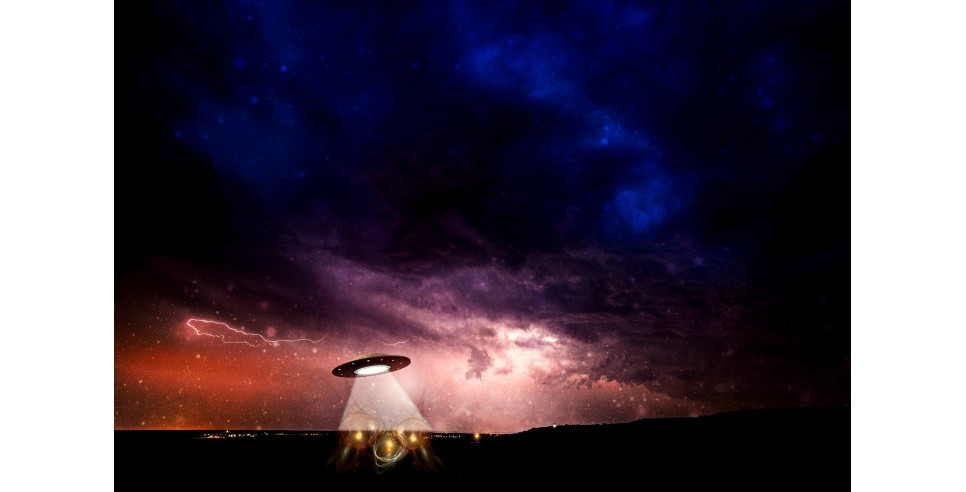 A few weeks ago, I watched a YouTube video of a speech given by an artist who formerly worked as a contractor for some sensitive industry. The video has attracted millions of hits, and in the video, the artist described some sightings of his own and his friends about Flying Saucers, which he believed to be made by humans. Inspired by his video, as a former student in aerodynamics (decades ago though), I started to investigate the possibility of building a Flying Saucer which could look and behave in the ways as normally described for UFO sightings. To my own surprise, the conclusion that I have reached after this investigation is crystal clear and affirmative: we are able to create a Flying Saucer with the technologies that have been known to humans for decades!

Unfortunately the abovementioned video neither gives the name of the speaker nor the occasion of the speech, and thus I am not able to accredit the speaker for the inspiration of his speech. (One strange thing I found is that I could not see my own comments below the video without logging into my google account while I could see the comments of others from 1 year ago. That means no one else could see my comments, which makes me wonder whether some big brother might be taking care of that video)

FLYING SAUCERS AS WE KNOW

The sighting reports of Flying Saucers often come with emotional exclamations like “it’s impossible for humans to do this”, “it’s definitely not human because I don’t believe we have this kind of technology”. While those remarks would be soundly correct if referring to reports of UFO events happened early last century or before, they might be challengeable when referring to reports after 1970s. This is because humans had learned some knowledge and technologies that are fundamental for building a Flying Saucer for quite a while at that time. In other words, if we can demonstrate how to building a practically functional Flying Saucer as described in the UFO sighting reports with our known technologies, then we can assure the audience that Flying Saucers might not all be steered by aliens. In order to do so, let’s first look at what have been considered as the basic characteristics of the UFO style Flying Saucers.

First, Flying Saucers all take a shape of saucer that is supposed to be hydrodynamically inefficient due to its high resistance to air flow, but they fly super fast;

Second, they have neither rotor (or propeller) blades nor jet engines;

Third, they are often reported as glowing;

Fourth, they could make sudden stops or sudden vertical movements or sudden changes of flying direction;

Fifth, sometimes when they are seen by eyes, they do not appear on the radar;

Sixth, when they come close, electronic apparatus are often reported to temporarily dysfunction;

Seventh, high radiation has often been reported on the purported landing or crashing sites of Flying Saucers;

Eighth, it has even been reported that sometimes the projectiles launched by human fighters could not hit the target Flying Saucers.

These might be the most reported features of Flying Saucers, although more could be listed. Let’s start our discussion with the most fundamental concern about Flying Saucers: “how could they fly without rotor blades and jet engines?”

THE FORCE GENERATION & THE SHAPE

I don’t know how the alien flying vehicles have accomplished the interstellar journeys across a vast space of thousands or millions of light years, but I am sure that within our atmosphere, we do not need any fancy space warp or dark energy utilization technology to generate the needed force for a Flying Saucer to move in the sky without using rotors or jet engines. We might find the solution of how to achieve this by learning from nature. One of the most impressive and powerful natural forces in the atmosphere is the force of lightning and thunder. Lightning is the result of air breakdown caused by the high voltage between different electrical charges in the cloud, which could make the impacted air several times hotter than the surface of the Sun. This extremely high temperature would then cause the air to rapidly expand due to a drastic sudden jump of the internal pressure, which would attempt to push away the surrounding air at a speed far beyond the speed of sound, and thus result in the special form of sonic booms --- the thunder. Compared with the power of thunders, which could shake tall buildings and be heard at miles away, the blowup force that could instantly throw a heavy manhole cover (which is always round) to hundreds of feet in the air due to a blast of gas in the manhole, as sometimes seen from news channels, would be utterly ignorable.

The formidable power of thunders might inspire us to imagine how big a potential force we could obtain from the atmosphere even without any rotor blades and jet engines, as long as we could create high enough voltage in the air. Scientists have found that at one atmosphere pressure, the air breakdown would appear at a voltage of 3M volts over a gap of one meter. Ideally, within a sustainable range, the higher the voltage goes, the greater the force would be generated. The good news is that it has become a nowadays amateur job to jump the voltage up to multimillion volts. Of course, we still need sufficient energy supply to maintain the high voltage so that our Flying Saucer could stay in the air for a long time and it is not a very difficult task today.

Unlike conventional aircraft driven either by rotor (or propeller) blades or jet engines, a flying vehicle that makes use of the force of ionized air does not need to have any structural directionality, since it is not dragged or pushed by the force from any structural parts of its own when flying in the symmetric field of air. This would naturally lead to the idea that a vehicle that flies on the force generated from the ionized surrounding air could take the shape of a circular saucer.

Although the round shape is known for its high drag coefficient compared to streamline shapes based on the classic ideas of aircraft design, we don’t need to be dismayed by this defect , as long as we might obtain the potent thunder-like power through the ionization with the abundance of air. Rather, we might enjoy the following benefits of being round in shape: 1) when we need to change the flying direction of the vehicle, we only need to change the direction of the thrusting force without the need of making any change of the structural direction; 2) if the thrust of a previously eastbound Flying Saucer suddenly changes towards south, then the high drag coefficient of a saucer in the flow field of air could help to bring its inertial movement towards east to a quick stop; 3) the shape of a relatively flat saucer is more stable in the air than the shapes of regular aircrafts, because the resultant action of both gravity and the air pressure would tend to keep a flat saucer at a level position during its free fall.

This link (https://fairlifebook.wordpress.com/2019/06/05/who-was-flying-that-flying-saucer/) provides some detailed technical discussion on how to build a Flying Saucer with the technologies known to us.

One clear conclusion that we might draw here is that humans should have been able to build a so-called alien-style Flying Saucer, even decades ago!

Based on this conclusion, it is very naturally to ask, “Have humans already built Flying Saucers?” In order to answer this question, we might ask ourselves another question: “Would humans have the intention to build a Flying Saucer?” If we can agree on a positive answer to this question and we know humans do have mastered the necessary knowledge and technologies for doing so, then it might be easier for us to imagine that some of the reported Flying Saucers could have actually been steered by humans.

Obviously, whether UFOs are all driven by aliens has long become a social philosophical and psychological issue instead of a technological issue. Accordingly, this investigation is definitely more of a philosophical contemplation than a technological exploration. Nonetheless, efforts are made in the above mentioned link to reveal the most important aspects of building a Flying Saucer in a clear and definitive way since that is the only way to convince the audience that we do have the capacity of building Flying Saucers.

The general public around the world that has accesses to all kinds of potentially acquirable information would be the most reliable panel for judging the viability of any design ideas. Accordingly, once the idea of how to build a practical Flying Saucer is known to the public, it will be left for the open public with all kinds of backgrounds to judge whether they could trust the feasibility of the presented idea. This would indeed make it even more important that whoever intends to discuss the feasibility of building a Flying Saucer should make it not only as practically viable as possible in a clear and definite way, but also present it in an as common as possible language, which has been an important guiding philosophy for the current project.