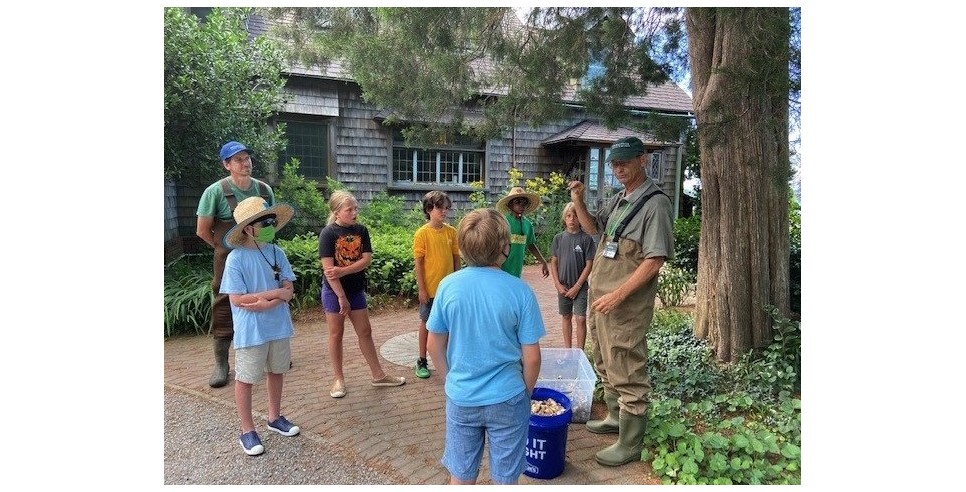 House museums sometimes get a bad rap for preserving the past without providing relevant content or connections for current visitors, but the stately Hermitage Museum and Gardens in Norfolk, Virginia, has some surprises in store.

In the early decades of the 20th century, William and Florence Sloane were civic leaders in the Chesapeake Bay area. His business was textile factories, and he became a leader as well in the region’s banking industry, while she worked as a quiet but driving force behind the Red Cross, the YMCA and YWCA, and services that supported the area’s large military installations.

But it was Florence Sloane’s dedication to the arts that continues to loom large today.

The Sloanes were early and influential supporters of the Norfolk Museum of Arts and Sciences, which later became the nationally renowned Chrysler Museum.

And after purchasing property outside of town – a verdant peninsula that jutted out into the Lafayette River – Mrs. Sloane brought master artisans from Europe to build a home that began as a summer cottage but eventually turned into a 42-room estate. The ornately detailed Craftsman-style residence housed not only their family but also the private art collection she was amassing, which included everything from Chinese Neolithic vessels and Coptic tapestries to 20th century American portraits.

These treasures are on view today at the Hermitage Museum & Gardens, capturing an era of arts patronage and lawn parties that may seem increasingly distant. Today the Hermitage has a vibrant calendar of events that involve everything from concerts and art classes to bird watching and gardening events.

It is these latter activities that fall within Philip Riske’s sphere. As Curator of Gardens and Grounds at the Hermitage since 2019, he has been involved in all aspects of the groundskeeping, from replenishing the gardens that Florence Sloane first established, to engaging in shore clean-ups and woodland conservation efforts. Any visitor who becomes acquainted with Riske’s work will understand how consonant the Hermitage organization’s work is with present-day climate change concerns.

Riske took time to have a conversation with The Connector earlier this month, just a couple of days after Hurricane Ian, downgraded to tropical storm status by the time it swept through Virginia’s coastal areas, managed to wreak enough havoc that the Hermitage shut down for a day to allow for clean-up around the property.

But environmental challenges are nothing new for this organization. “We were actually pretty early in dealing with some of these environmental issues,” Riske noted.

Since the 1940s, more than half of the Lafayette River’s tidal wetlands have given way to development. Once located in wooded countryside, the Hermitage property today is within minutes of both the world’s busiest coal pier and the nation’s largest naval base. And it’s impossible to ignore the large blue industrial cranes that loom over one of the East Coast’s major container ports, just a thousand yards or so across the water from The Hermitage. All of this encroaching development has led to the diminishment of customary marshes. And without those wetland buffers to act as natural sponges, water levels began to rise.

The 14-acre peninsula on which the Sloanes had built their estate and held their famous garden parties began to shrink. Riske said that old photographs show buildings in places that now are underwater.

With the loss of so much shoreline and the property depleted to about 12 and a half acres, the Hermitage organization recognized that urgent action was required. They joined forces with the Chesapeake Bay Foundation, the Elizabeth River Project, the Virginia Institute of Marine Science and other conservation groups to restore the property’s wetlands.

Riske noted that Justin Shafer, the City of Norfolk’s environmental manager, also has been an important ally in procuring funds for the restoration efforts.One of the first ecological restoration projects at the Hermitage was the creation of a Living Shoreline in 2006 that involved removing phragmites – invasive reeds that colonize shorelines – from the east side of the peninsula and replanting with native marsh grasses. 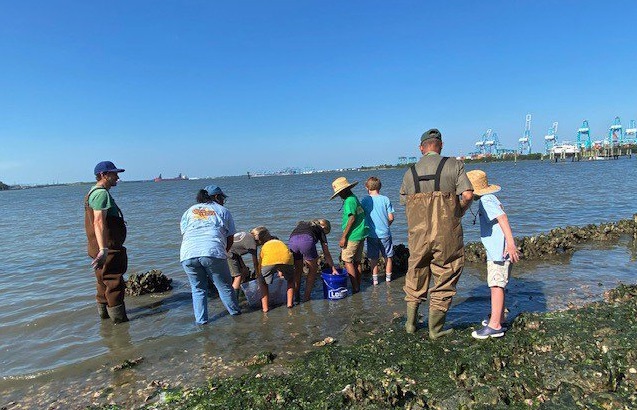 Other projects followed. The installation of oyster reef balls – large hollow concrete balls that were “seeded” with oyster spat and placed just offshore – proved successful within months as oyster populations became reestablished. With every single mature oyster capable of cleaning up to 50 gallons of water per day, the water quality of the local inlet improved measurably, and the new reefs have become habitat for crabs, bass and speckled trout as well.

The Lafayette River also attracts osprey, herons and waterfowl. And with the construction of a 180-foot boardwalk overlooking the marshy shoreline, visitors are sometimes lucky enough to spot dolphins gliding in and out of the revitalized cove.  Following up on this success, now the west side of the peninsula has been planted with native Spartina species, too, and coconut fiber coir berms have been installed to retain sand and imitate a natural shoreline.

Rain gardens have been planted to divert and purify runoff from the built environment and also absorb water from high tides and flooding events. Established with dozens of native botanical species, the rain gardens also have proved to be beneficial for native pollinators.

Riske noted that when he was hired as the Curator of Gardens and Grounds at the Hermitage in 2019, he was kept so busy with shoreline restoration and clean-up projects that it wasn’t until the COVID-19 shutdown in 2020 that he really had time to explore the interior forested area of the peninsula and discovered a “treasure trove of native plants” that were being overwhelmed by an invasion of exotic species.

With the help of volunteers, Riske initiated a robust program to eradicate invasives like English ivy, Japanese honeysuckle and Japanese privet. This restoration of the area now called the Conservation Woodland has been so successful that the Hermitage was recently recognized as a level II Accredited Arboretum by ArbNet.

There have been many lessons learned in the healing of the woods and shorelines of the Hermitage Museum & Gardens, and those have translated into volunteer opportunities, docent programs, university research and hands-on workshops for teens and adults, as well as Wetlands Enrichment tours geared to 4th and 5th graders.

“It’s a very welcoming atmosphere,” Riske said. “People know they can come here and really have an appreciation of nature, gardens, woodlands – and combine that with appreciating wonderful history and historic art, too.  “It’s an extremely unique place.”