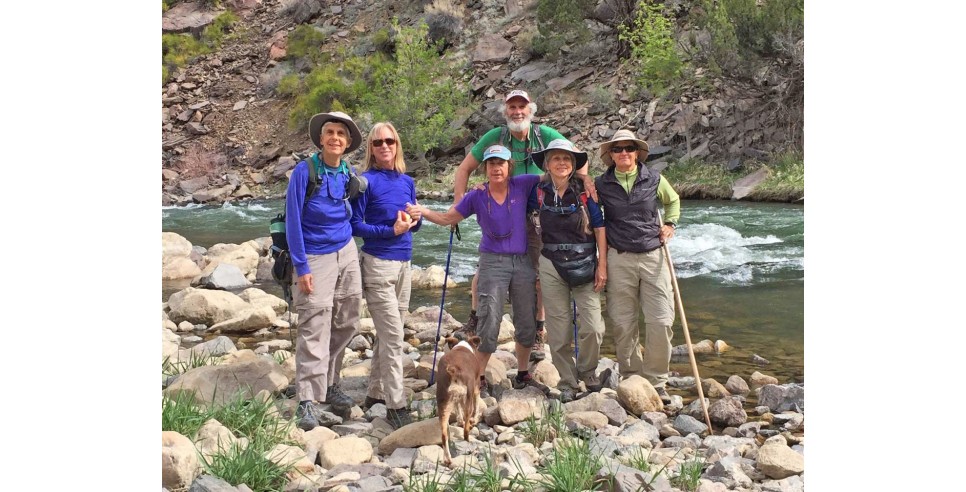 GREAT OLD BROADS FOR WILDERNESS  is an organization that evolved serendipitously. In 1989 on the 25th anniversary of the Wilderness Act Utah Senator Orrin Hatch claimed that Grand Staircase-Escalante should not be declared a wilderness designation “if for no other reason, we need roads for the aged and infirm.”

Automobiles in the wilderness?

It was then that founder Susan Tixier, a lawyer and associate executive director for the Southern Utah  Wilderness Alliance, and her fellow activists felt that the voices of the the older women committed to preserving our wilderness for the future also had to be heard.  Thanks to their endeavors that Grand Staircase-Escalante today encompasses the largest land area of all U.S. National Monuments.

The idea that older women’s concerns about conservation needed to be heard continued to grow, but a name was needed. Susan Tixier and her fellow activists often discussed their plans for their nameless group while hiking. On one such trek, a member of a passing group of hikers, observing Susan Tixier and her adventurous cohorts, remarked “What a bunch of great old broads.”  Susan and her group agreed that it was the perfect description of them and adopted the name.

Great Old Broads for Wilderness has grown to not only advocate wilderness protection where needed, but also are involved with climate change, energy/mineral extraction, roads and vehicle use and livestock grazing on public lands. Today the group accepts “Bro(s)” (retired men and not so retired men) and “Young Broads.”  So far Broads has more than 8000 members and supporters and 38 chapters across the country called Broadbands. The chapter leaders are trained in the Wilderness Advocacy Leadership Training Sessions (WALTS).  Diane Miller of Steamboat Springs, Colorado, who is very much in tune with nature conservation, attended a WALTS Session. She said, “I loved the groups and the input we received. But there also was such caring among the groups. The women digressed and talked about what it’s like to be a widow, divorced, live alone, have grandkids.”

Great Old Broads for Wilderness has lots of events.  A favorite is the Broadwalk.  A typical description of such a hike is:

“As usual, we’ll tackle a stewardship project one day and spend the others hiking in the spectacular South San Juan Wilderness. Evening presentations will explore predator-prey dynamics, the extinction crisis, and relevance (and possibility) of restoring imperiled species in the face of increasing human population and climate change. . …..”

As is only to be expected, the Great Old Broads for Wilderness also keep a sharp eye on Washington D.C. and its proposals for our country’s wilderness. For more information visit their website.

Edith Lynn Beer is a seasoned journalist who covers news in Colorado, Montana and Wyoming.