Elaine Smitha: A Woman for All Ages 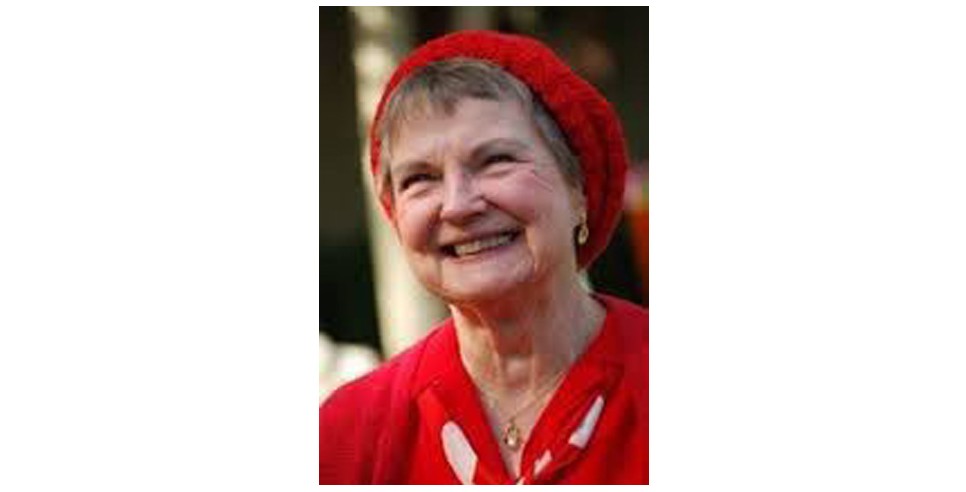 “Don’t let ageism creep in and get the better of you,” says octogenarian Elaine Smitha. “Age is totally irrelevant. It’s what you’re doing with your life that counts.” For years, Elaine Smitha has been sharing her collective knowledge across communications platforms: radio, TV, books, regional news dailies and groundbreaking conferences. Elaine Smitha has refined her life experience and philosophy into a learning concept called EvolvingIdeas©, which is the pursuit of acquiring nonstop knowledge about how the universe works.

Smitha is reminiscent of another powerful activist, Maggie Kuhn, founder of the Gray Panthers. She’s not quite a militant (she’s too gracious to split gray hairs), but the titles of her books speak for themselves: “Screwing Mother Nature for Profit,” for instance, pulls no punches in describing how corporations are ruining our culture, environment and chances to create a sustainable life. In Smitha’s second book, “If You Make the Rules, How Come You’re Not Boss?,” she reframes the problems of our time by showing how the solutions are found in our own innate ability to heal ourselves.

Smitha is an inspiration to older adults. She’s a frequent lecturer in nursing homes and in retirement communities, where she motivates oldsters to think young. Smitha is quick to note that all of these retirement centers make a lot of their money because people have been indoctrinated with the notion that retiring is the end of their lives. Instead Smitha challenges people’s perceptions of growing older and views the retirement years as a time of renewal, challenge and reward. “Your own thoughts create your own reality,” Smitha said. “Your life is determined by your perception of the world and your place in it.”

On the subject of discrimination, Smitha said, discrimination can be self-induced. “Some people feel unworthy or not good enough and they end up discriminating against themselves,” she said. Smitha notes that she has friends who will not drive their cars, and not because they have declined in physical or mental capabilities. Instead they have limiting beliefs about themselves that are based on society’s blanket prejudice against older people. Elaine still drives, and is proud of her 1986 Ford Bronco II, which she cites as a collector’s item.

Prior to developing EvolvingIdeas©, Smitha had a jewelry design manufacturing business in Southern California. She lived and worked across the bridge from Newport Beach on Balboa Island. Celebrities like John Wayne and Buddy Ebsen were among her customers. Now, Smitha lives on a five-and-a-half-acre parcel of land close to Olympia, Wash. “Everyone deserves to have civil rights and to choose independent thinking,” she added.“That’s what America is all about.

In August 1970, Kuhn, together with a group of five friends, founded this first "Network" that looked at the common problems faced by retirees — loss of income, loss of contact with associates and loss of one of our society's most distinguishing social roles: one's job. They became known for advocating nursing-home reform and fighting ageism. They also discovered a new kind of freedom in their retirement — the freedom to speak personally and passionately about what they believed in.


“Old age is an excellent time for outrage. My goal is to say or do at least one outrageous thing every day.”
–Maggie Kuhn, founder of the Gray Panthers