Tim Phelps On The Trail of Hope 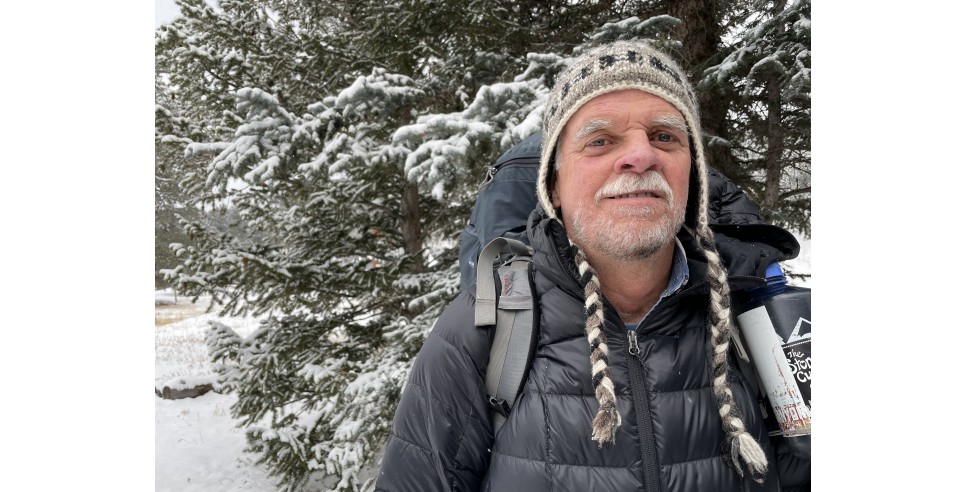 Today on February 14, 2021, Tim Phelps is embarking on a nearly 1,800 mile journey. He is intent on getting a petition in front of President Joe Biden. His petition requests that the President of the United States of America offer an official public apology to all of the indigenous tribes in this country for the cruelty and mistreatment they have suffered at the hands of the U.S. government.

Mr. Phelps’s campaign to raise awareness for his petition is called The Trail of Hope. His idea to create a petition is not a sudden notion. During the Winter Olympics in February 2008, Australian Prime Minister Kevin Rudd made a formal apology to Australia's Indigenous peoples. Tim Phelps wondered why a similar apology has not been made by the U.S government to the Indigenous peoples of the United States.

Tim Phelps lives in Allenspark, Colorado, a small town that is only accessible by steep, winding mountain roads. Located in the forest near Rocky Mountain National Park and the Arapahoe and Roosevelt National forests, close to Estes Park, the area’s recent forest fires have accelerated animal migration. Animals were driven from the forests and into the town proper.

“I’m used to seeing animals and all sort of birds,” Phelps said. But then he started seeing extraordinary numbers of hawks and eagles. They did more than congregate on his property. They would make themselves known by landing on a fence post right in front of him and staring. “Two hawks flew by me and landed in the trees and then started staring at me,” he said.

These rare interactions with hawks and eagles have profound spiritual meaning for Tim Phelps. Throughout his life he has had an abiding connection with Native American culture. Eagles and hawks are divine messengers of the spirit, often bestowing freedom, courage and protection. “Those signs let me know change was on the horizon,” he said. “All of my life I’ve had strong connections with knowing when to change.”

His connection to Native Americans is rooted in honor, devotion and a deep abiding respect that spans back about thirty years. Respect for Tim Phelps has been reciprocated. He was adopted by an elder of the Oglala Lakota Pine Ridge Reservation in 1996.

He had been a teacher at Eagle Rock School and Professional Development Center for many years. As an integral member of the school, he was part of a team that recruited Native American students to the school. He created a lasting bond and became part of the community with the folks up on Pine Ridge Reservation in South Dakota, where Wounded Knee is located.

After Tim spent four years at the Pine Ridge Reservation, an elder came to him and said she would like to adopt him into her family and asked him if he was okay with that. No small thing. It was the highest honor that could have been bestowed. “Her name was Eliza Morrisson,” he said. “She had a big heart. Her husband’s name was Clifford. I was honored that she asked me.” Today he is part of their family. Her nieces and nephews call him “Uncle.” Everyone on the reservation knows he fits in and that he is part of their extended family.

Tim Phelps has had a lot of spiritual teachers along the way. The sighting of a multitude of hawks and eagles is a spiritual sign telling him what must be done, and made him realize he had to make a decision. He had been having positive dreams, the kind that imbued him with a bright yellowish light, offering comfort but also waking him out of dead sleep. He had been put at a fork in the road. It was time to take action. “I don’t know if anyone has ever apologized to our people and it’s been 500 years,” he said.

He sees his petition as a way of moving beyond the Trail of Tears, the series of forced relocations of Native Americans by the U.S. government between 1830 and 1850. Known as the Indian Removal, thousands of relocated people suffered from cruelty, disease and starvation on their way to their designated reservations.

Instead of seeing the petition through the lens of a Trail of Tears, now there is the possibility of healing and redemption. “Instead of tears, we have some hope now,” he said.

Tim Phelps will begin his journey on the Trail of Hope, today, which is, also coincidentally, his 65th birthday.  He will leave Allenspark on Sunday, February 14, and walk to Washington D.C., heading first northeast to the corner of Colorado, then to Nebraska and heading east.  He will walk through the southern tier of Nebraska and make his way across Nebraska, Iowa, Illinois, Indiana, Ohio, West Virginia, and then into Maryland. Along the way, he will stay in touch with his Eagle Rock community, his blood kin, and his adopted Lakota family.

His petition can be accessed online at https://www.gopetition.com/petitions/petition-of-apology.html