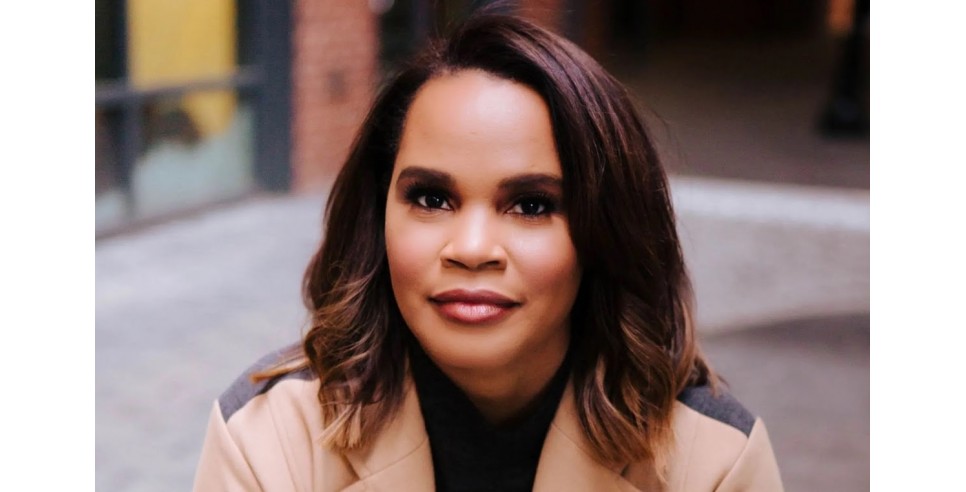 Laura Coates, author of Just Pursuits, touches the heart as few other writers can. Her stories are not filled with anger or pity but with empathy for those caught in the legal-system web, both as victims and perpetrators.

This interview has been edited for length and clarity.

Explain why a colleague described working for the U.S. Attorney’s Office as “human misery.”

The justice system takes its toll on every person who plays a role in the system, whether it’s the offender or victim, the people defending or prosecuting. Everyone with their fingerprints in the system will be marked by it, and at times it is indelible.

One of your most heartfelt chapters tells of an unregistered immigrant who, as a crime victim himself, was deported due to your legal obligation to report his status to your superiors. How did that feel?

I don’t want to compare my feelings in any way to the person’s emotions who was most impacted by the deportation. The incident marked the battle of allegiance that I felt during my work in the Justice Department — trying to reconcile the distinction of what is fair and what is lawful. I feel now, as I did then, torn that the requirement for justice often creates injustice.

You write that you were taught “to understand the Civil Rights Era not as finite but as a movement … to keep in motion.” Are you saying that civil rights laws must be enforced and updated to address ongoing societal changes?

Civil rights is often mistaken as an era, when it really is a concept that should define any democratic nation. It should match who we are as a people and be practiced every single day. But, unfortunately, America is often not who it is on paper. We need to look no further than the Voting Rights Act and the clawing back of the gains from that period. We must enforce laws and not treat them as just words on paper. We have to police our philosophies to ensure they are still in place, or lose their benefits.

Your stories poignantly illustrate institutional racism influencing how justice is administered. But the word “racism” only appears twice in “Just Pursuit.”

I wasn’t intentional in avoiding the word racism. The concept as a word is too reductive, which makes it easy to discount as playing the race card. However, racism is illustrated on every page of “Just Pursuit.” I wanted people to feel what the law does and see what justice looks like. We have a legal system that strives to be a justice system because nothing in this country has ever been accomplished by just preserving the status quo.

You feared that your decision not to prosecute a case could have fatal consequences. Please explain what you mean.

If I think it is too much to prove the burden of guilt on the accused because the victim is not cooperative, I know there could be consequences down the road to this person’s life. However, making that decision is like having the sword of Damocles hanging over your head. As a prosecutor, you should be perfect, but you aren’t given the time or resources to be so.

You wrote that “Our society denies the prevalence of domestic violence and actively seeks to discredit its victims.” What did you see as a former prosecutor?

Sometimes we deny the presence of evil actors because it makes us feel safer. It makes us think that people are in the justice system because of the consequences of their choices. But unfortunately, there are many victims of crime through no fault of their own. For instance, the victims of sexual violence are victimized twice: first from the crime itself; second, by being judged and blamed. People do that not out of cruelty but as a coping mechanism, thinking, “this could never be me.” They would have made different choices.

“Race permeates our entire justice system and informs how we even define what justice is — and who it’s for.” You went to law school, so do you believe that critical race theory as discussed in law school, was saying just that?

I think critical race theory describes how race influences all of America. It points out the truth and how you can resolve it. Then you can work toward progress. It’s wrong to think that the justice system is the one place immune from the effects brought about by our history of slavery.

How do you respond when you hear that you can’t teach or discuss racial relations because white people will feel guilty?

It’s a silly notion because it’s the one discussion where critics mention creating guilt when it comes to race. We’ve learned a lot about women’s rights and the suffrage movement, and do we hear men saying that it shouldn’t be taught because it impugns men?

You don’t write about democracy as relevant to how laws are applied. Why is that?

The movement to defund the police can see all police as oppressors. However, you found them diverse in being fair, with the majority serving honorably. So, how should we deal with institutional police abuse?

The “defund the police” slogan is being misconstrued. Police are treated as a panacea, but they cannot do it all. When talking about justice reform, the conversation should not be confined to police encounters. It’s an ecosystem that needs a comprehensive approach that begins with the courts and goes to the Supreme Court. Everyone has a role from the bench to the Senate floor.

Nick Licata is the author of Becoming A Citizen Activist and Student Power, Democracy and Revolution in the Sixties. He is the founding board chair of Local Progress, a national network of over 1,000 progressive municipal officials.