Western Democracy Versus the “Chinese Model”: Does it Matter? 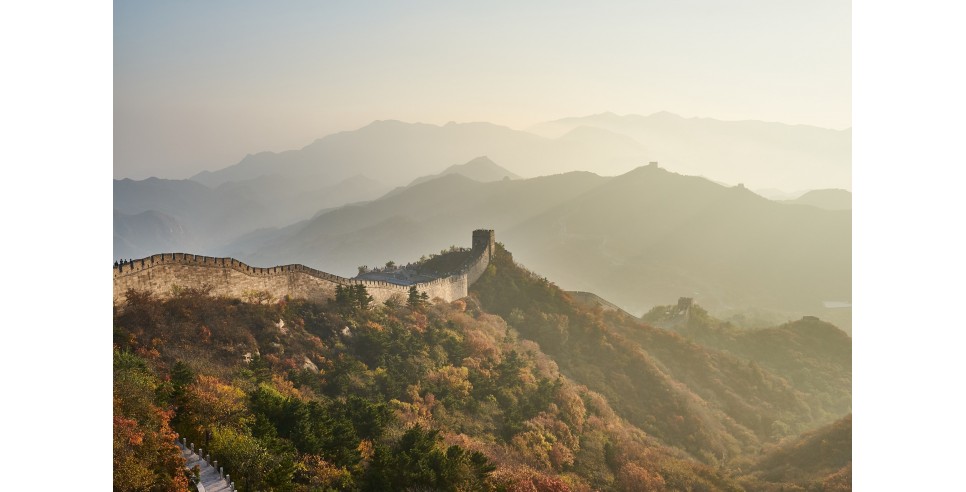 China has achieved a remarkable and historically unparalleled feat.   According to the World Bank, it has been able to lift 850 million of its citizens out of extreme poverty in just 34 years, between 1981 and 2015, plus another 68 million in the past five years.  China’s national goal (now complicated by the pandemic) is to eliminate poverty completely by the end of this year.

This extraordinary economic transformation has been accomplished by a mixture of rapid and sustained private sector industrial growth with massive exports, the contributions of China’s many state-owned enterprises, and lavish government spending on a modern infrastructure, public housing, health care, education, and more.  And all this has been executed with great skill and efficiency.  For instance, a new state-of-the-art high-speed railway between Shanghai and Beijing was built in only three years.  China now has the largest high-speed rail system in the world and is still not finished.

By some measures, China has already outstripped the United States economically, and its military power and international influence have been growing apace.  Of course, China still has serious economic, social, and ecological problems, but its progress is undeniable, and the Chinese government has enjoyed broad public support, overall.  It has variously been labeled the “Chinese Model,” “state capitalism,” “China, Inc.,” and more.

However, China’s breathtaking progress has been accompanied by an increasingly authoritarian, one-party, one-man political regime.  The Chinese government has ruthlessly suppressed political opposition, violated property rights and human rights – especially free speech and a free press – and has tolerated an enduring undercurrent of favoritism and corruption.  Indeed, China has become a vast surveillance state. (What I have written here would likely be censored and deleted if I tried to post it on a website or in an e-mail message in China, and I might also be arrested.)   Particularly distressing is what has happened to the Uighurs in Xinjiang province and to the promise of independence for Hong Kong – unrestrained political repression.

But why does China’s repressive governing model matter if the living conditions of most Chinese citizens have greatly improved over the last 30 years, and if the government is working hard and effectively to advance the nation’s interests at home and around the world?   Especially when China is compared with the world’s leading capitalist democracy, which has experienced growing extremes of economic inequality for two generations, as well as a deteriorating standard of living, serious public health problems, declining life expectancies, racial suppression and social conflict, sexual harassment of women, endless unsuccessful foreign wars, deep partisan divisions, dysfunctional government, and now the malevolent destructiveness of a dangerous demagogue.  Nor, alas, is America alone among democracies in turning toward oligarchic, authoritarian leaders.

Nonetheless, the answer to my leading question about the “Chinese Model” is yes, it does matter – “bigly”.  One of the great lessons of history is that any society which does not have the means to “control the controllers,” as Plato framed it in his great treatise the Republic, is destined to become corrupted, if not tyrannical.  The nineteenth century British politician Lord Acton’s famous remark, that “power tends to corrupt, and absolute power corrupts absolutely,” sums up a recurrent theme in world history.  And, so does the great Whig theorist Edmund Burke’s wise precaution that “a state without the means of some change, is without the means of its conservation.”

Perhaps the single most important constraint on political power and governmental corruption/ dysfunction is the ability of the people to “throw the bums out,” as Americans are fond of saying.  Democracy works, and reform and renewal are possible, if the voters can reject and replace a leader, and (most important) if the defeated leader accepts the verdict.

It also matters greatly whether a leader is restrained by the rule of law and strict (enforceable) limitations on his/her powers while in office.  Every time a corrupt public official is prosecuted and sent to prison, it vindicates (and reinforces) democracy and the rule of law.  The Chinese Model, on the other hand, remains highly susceptible to the kind of unofficial corruption that has afflicted much of its entire 5,000-year history and has undermined some of its great empires in the past.

Finally, democracy has solved the inescapable problem of achieving an orderly “succession” in a nation’s leadership.  Hereditary monarchies have obvious shortcomings, and authoritarian oligarchies, where succession is settled by the sword, or by gunfire, can also be very messy.  It remains to be seen if a monolithic political regime like the Chinese Communist Party can smoothly replace Xi Jinping when the time comes.  Communist regimes in Russia and Cuba have also had to struggle with the succession problem, and it is very uncertain what the ultimate outcome will be in North Korea.

But can democracy survive its current rough patch?  Some democratic countries, especially in Europe, are still doing very well.  Germany, and the Nordic countries come immediately to mind.  In this country, democracy will survive only if the electorate can purge the nation of a toxic leader who has been relentlessly undermining our system and the rule of law.   Equally important, our democracy must be able to enact and implement many badly needed, long overdue economic and social reforms.    If we can do this, democracy in this country will still have a future, even if it is no longer viewed as the only viable model for the future of our endangered species.

In the final reckoning, every human society is, fundamentally, a “collective survival enterprise,” and the ultimate test for any government is whether the basic needs of its citizens are provided for.  Does the government serve the “common good”?   Winston Churchill famously remarked that democracy is the very worst form of government, except for all the others.  I would argue that democracy is no better than any of the others if it does not serve the common good.  But this applies equally to “all the others” as well.  As the old saying goes, the future lies ahead.  We shall see.