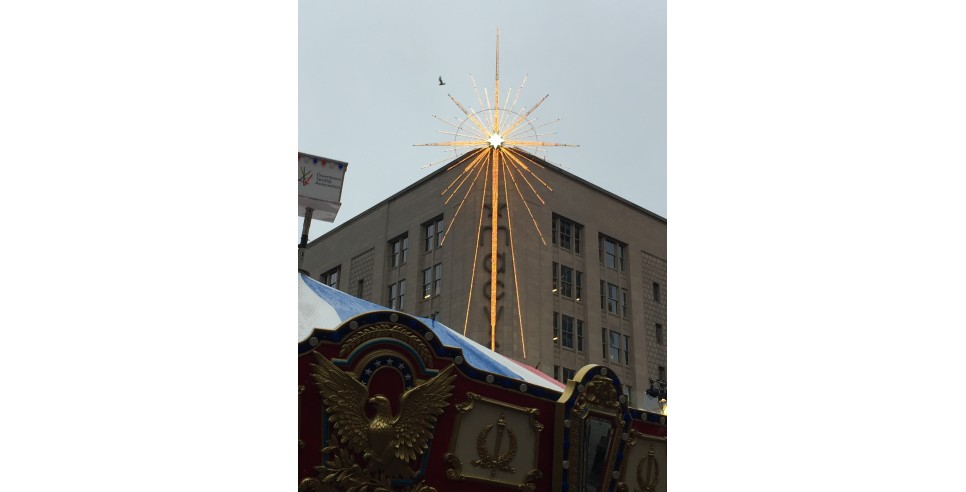 The middle and working classes have always had an intimate connection with their brands. They knew they could afford to shop at Macy’s but not at Nordstrom, unless it was during the store-wide half-yearly sale. Although Macy’s classified itself as a luxury department store, it was nothing like Nordstrom, which really is a luxury department store. Macy’s audience straddles the invisible fence between the working and middle classes. Nordstrom is savvy enough to offer the Nordstrom Rack and its online counterpart as an affordable panacea to the masses.

Macy’s is not alone in its slow death. Sears has been on life support for nearly twenty years. Lord & Taylor’s New York City flagship store on 5th Avenue store closed earlier this year. Other bodies in the retail graveyard include Bonwit Teller and Henri Bendel, two stores I was always afraid to enter because they’d know I was a working-class girl from Yonkers, a looky-loo.

Once occupying seven floors, Macy’s shrank from three, to two and finally none. It’s worth noting that Amazon leased the upper floors, and rumor has it that the online behemoth will soon take over the entire building. As much as pundits and politicians whine that Amazon has destroyed bricks and mortar retail, it’s simply not accurate. Amazon did not create the Internet. The company was born during a juncture in time as critical as the railroads were to the early 20th Century. Amazon rose in perfect synchrony with the mass adoption of the internet. We demanded speed, selection, efficiency, cost-control, convenience, and we got it.

Unlike the department stores who specifically cater to the upscale and uber-rich, middle-middle (whatever that is), working-classes (anyone who works for a living), and the poor (who do shop), Amazon is an equal opportunity service provider. It’s class neutral and serves everyone regardless of their social status or economic class. All you need is a screen and a credit card.

If we’re shopping on the internet, which brand do we pick? We might buy a brand because it’s old and reliable, or we might be wowed by a new brand on the basis of its glitzy product selection and low price. If the internet is the only way Macy’s and other department stores will brand themselves, then they will perish in the digital clutter as other new startups vie for our hearts and minds.

The shrinkage of Macy’s is more than the ongoing trend of department-store downsizing in the era of e-commerce. Every brand has to make people feel good. Macy’s is notorious for not being able to find a salesperson to ring us up, whereas Nordstrom’s slick salespeople descend on us like a swarm of gossamer gnats. We all want the human touch regardless of how much money we make. And we want to be touched in the right way, one that is genuine and kind.

Macy’s had announced it would not light its star this year because of its need for repair, but something was shining there on top and it sure looked like a star. One store clerk told me, “I don’t want to work in retail. Everywhere you go, it’s dying.”

But there is hope for retail. People are not going to stop needing things that enrich their lives, and they’re not going to stop giving gifts to the people they love. Shopping has always been about having a human experience. Sometimes it’s a long-distance marathon, other times it’s a short sprint. No matter what, shopping is a journey that exposes us to the world around us.

The way we shopped in the past might not be how we will shop in the future. It does not mean we have to ask the well worn question of what has been lost and what has been gained. The true question is how will our yearning to make human connections be fulfilled? Fulfillment is not just getting a box dropped at our front door. Shopping will never only be a cold solo transaction made on our computers.

We crave the human touch and a little bit of tenderness: a smile, a handshake, a nod, being in the hub among a throng of people. Bing Crosby is not going to sing: “It’s starting to look a lot like Christmas, *algorithms* everywhere I go.” Miracle on 34th street, It’s a Wonderful Life, and A Christmas Carol will always show us how we used to shop. Brand, though, is about human connections and it is as constant as the Macy’s star, but only if we can see it, feel it and touch it.

Patricia Vaccarino has written award-winning film scripts, press materials, content, books, essays and articles. She is currently writing a collection of essays NOTES FROM THE WORKING-CLASS. She has written two works of fiction about Yonkers: YONKERS Yonkers! A story of race and redemption and its sequel The Heart of Yonkers (release date April 2020). Book Three in the Yonkers series is in development. She has an audience, of 40,000+ followers on social media. She divides her time between homes in downtown Seattle and the north coast of Oregon.