Evolution and Ethics: It’s Not an Oxymoron 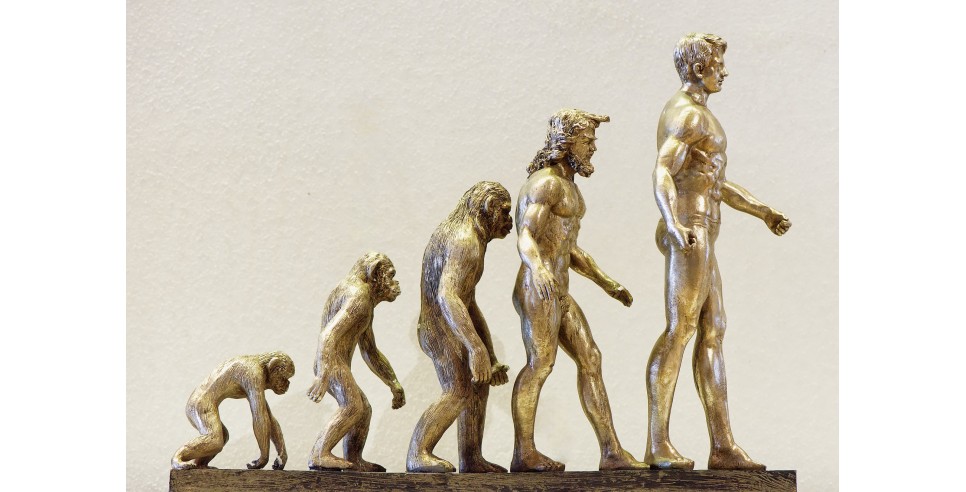 For those of us who learned what we know about biological evolution from Richard Dawkins’ hugely successful popular book back in the 1970scalled The Selfish Gene, the very idea of ethics and evolution might sound like an oxymoron – a contradiction in terms.

The so-called “neo-Darwinians” who adopted Dawkins’ model in that era tended to view natural selection as being all about ruthless competition – the “survival of the fittest,” or “nature, red in tooth and claw” as the poet Alfred Lord Tennyson famously characterized it.  (Indeed, Dawkins quoted Tennyson’s line approvingly in his book.)

In this paradigm, it’s not possible to locate, or justify any social ethics.    We can only hope somehow to “rise above” our animal nature, or else reject the theory of evolution and look elsewhere for ethical guidance.  Evolution and ethics have nothing useful to say to each other.

However, times have changed.   It turns out that the selfish gene model was “fake news” – or what the great World War Two leader Winston Churchill facetiously called a “terminological inexactitude.”

The place to start with setting the record straight on this important issue is with Charles Darwin himself.   Darwin well understood that cooperation and mutual aid are commonplace in the natural world, and his views about humankind, in particular, were especially affirming and pro-social.   In his 1874 book, The Descent of Man, Darwin attributed our unique success as a species to our evolved social, moral, and mental faculties, along with our language abilities.   In a lengthy section on “Man as Social Animal,” Darwin stressed especially the role of social cooperation in humankind, including our division of labor, reciprocity, and mutual aid.

This was a good beginning for evolutionary ethics, but Darwin’s views were widely overlooked or even rejected during much of the twentieth century in favor of the selfish gene model.   However, in recent years there has been a major paradigm shift in evolutionary biology, and cooperation has now been given a co-starring role in the evolution story.   There are a number of reasons for this theoretical frame shift.

One is the growing evidence that symbiosis between different species can be found virtually everywhere in the natural world.   For example, most land plants and trees have partnerships with various soil bacteria and fungi.   Likewise, herbivores like horses, cattle, and deer are utterly dependent on their symbiotic gut bacteria to break down the cellulose in the grasses they consume.   Another example is the human “microbiome”, which teems with symbiotic microbes that help us to digest our food, fight off pathogens, produce much-needed vitamins, and even may affect our mood.

There is also the important evolutionary phenomenon called “symbiogenesis” – the emergence of a new species via a symbiotic partnership.    For instance, we now know that the complex “eukaryotic” cells that are the buildings blocks for all higher animals arose via a merger between an ancient single-celled prokaryote and the ancestors of the energy-producing mitochondria in modern eukaryotic cells.

An even greater challenge to the selfish gene model was the discovery that prokaryotes like bacteria are profligate sharers of genetic material via “horizontal” (or lateral) gene transmission and do not strictly follow the pattern of competition and “vertical” inheritance from parent to offspring.   The prokaryote world could perhaps be described as a vast, interconnected, cooperative gene pool.

The neo-Darwinians had also assumed (somewhat perversely) that social cooperation in nature was highly restricted because it requires altruism.   Therefore, cooperation could not arise unless it was offset by benefits to one’s close kin (and their genes), in order to compensate for the supposed sacrifices.   This came to be known as “inclusive fitness theory,” or “kin selection” theory.   The only exception might be what was termed “reciprocal altruism.”

The altruism assumption was simply not true, however.  In fact, most cooperation in the natural world could be characterized as “egoistic cooperation,” or “enlightened self-interest.”   In fact, there is much evidence of cooperation among unrelated individuals in the natural world that directly contradicts kin selection theory, along with the extensive work in game theory, which has shown that cooperation can emerge whenever it’s mutually advantageous, and can be “policed” against cheating.

Finally, as evolutionary biologists began to address the question of how complexity has emerged over time in evolution, it was apparent that neo-Darwinism and the selfish gene theory could not explain it.   An additional explanatory principle is required.

Back in 1983, I published a book called The Synergism Hypothesis, proposing that the secular trend over time toward increasing complexity in the natural world can be explained as a result of cooperative (synergistic) functional effects of various kinds.   My timing was obviously not good, and my book was mostly ignored at the time.   But nowadays mainstream evolutionary biology has finally caught up with this theory.   For instance, the prominent biologist Richard Michod asserts that “cooperation is now seen as the primary creative force behind ever greater levels of complexity and organization in all of biology.”  And the well-known biologist Martin Nowak calls cooperation “the master architect of evolution.”

However, it’s not cooperation per se that has been the “creative force” or the “architect”. Rather, it’s the unique combined effects (the functional synergies) that are produced.  If cooperation is the vehicle, synergy is the driver.  Beneficial synergies of various kinds have been a prolific source of evolutionary innovation and the underlying cause of cooperation and increased complexity in evolution over time.  I refer to it as nature’s magic.

One of the most important of the many kinds of synergy in the natural world is a division of labor.   An example, much-used in economics textbooks, is the pin factory described by Adam Smith in The Wealth of Nations,where ten workers and their machines cooperated to produce some 48,000 pins per day, whereas if each man worked independently they probably could not produce even a single pin per man.

It seems that a division of labor played a key role in human evolution as well, just as Darwin imagined.   As I detail in my 2018 book, Synergistic Selection: How Cooperation Shaped Evolution and the Rise of Humankind, there were (very likely) three keys to our ancestors’ remarkable evolutionary success:  close cooperation,adaptive innovations of many different kinds, and mutually beneficial synergies.   In a certain sense, our species invented itself, and social cooperation was the key.

The ethical implications of this fundamentally cooperative model of human evolution should be obvious.   Effective social cooperation depends on good social relationships.   As Darwin put it in The Descent of Man, “A selfish and contentious people cannot cohere, and without coherence nothing can be effected.”

In this scenario, evolutionary ethics serves to facilitate cooperative relationships and further the underlying biological objective of survival and reproduction.   It is based primarily (though not exclusively) on enlightened self-interest.   However, our self-interest also includes our stake in our progeny, and our families and friends, and in the society that we all depend upon to satisfy our basic needs – our “social contract.”   I call it a “collective survival enterprise.”   I’m especially fond of the philosopher/statesman Edmund Burke’s rendering of this idea in his famous essay “Reflections on the Revolution in France” (1798):

So, how can evolutionary ethics best serve our collective survival enterprise, our social contract?   It was Plato, in his great treatise the Republic, who pointed the way for us.   The key to achieving a harmonious, sustainable social contract is social justice, he argued.  (The seldom used subtitle of the Republic is “Concerning Justice.”)   Plato boiled his prescription down to the slogan “giving every man his due.”

In my 2011 book, The Fair Society: The Science of Human Nature and the Pursuit of Social Justice, I advanced a more elaborate, biologically grounded framework with three distinct social justice principles:  equality, equity, and reciprocity:  That is, equality with respect to providing for everyone’s basic needs; equitywith respect to differences in “merit” (or just deserts); and reciprocity, or paying back for the benefits we receive from society.   These three social justice principles are like a three-legged stool.  They are all equally important and must be bundled together and balanced in order to achieve a fair society.

As we face up to the existential peril that lies ahead for the human species, and for all of life on Earth, we will need to shift paradigms – just as evolutionary biology has done – and embrace the idea that cooperation is the way forward.   And this in turn will depend on having a biologically grounded ethical framework.  This idea is developed at length in my forthcoming new book, Superorganism:  A New Social Contract for Our Endangered Species.   To modify a punchline from one of our famous forefathers – Benjamin Franklin – we must all survive together, or we will go extinct separately.