Ethics in the Garden of Evolution 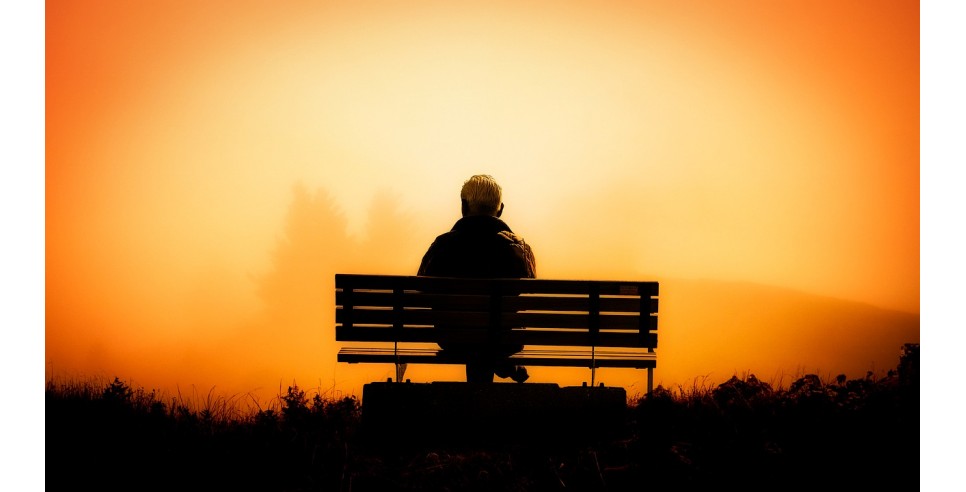 Evolution and ethics may seem to be incompatible, perhaps even an oxymoron.  Isn’t natural selection all about individual competition and winner take all?  Logically, the end should justify the means, ethically speaking.   As I noted in a previous blog item on the “Survival of the Fittest,” this model is totally deficient.  Complex human societies have evolved as a cooperative enterprise, a “superorganism”, and our relationships with one another are highly relevant to the well-being of both the individual members and the whole.

In fact, it was the 19th century polymath and social theorist Herbert Spencer, the very person who coined the survival of the fittest slogan, who also founded the field of evolutionary ethics.  In his two-volume The Principles of Ethics (1898), Spencer argued, in a nutshell, that ethical systems play an important role in the ongoing process of human evolution, and that they must be tailored to serve the interests of both the superorganism and its individual members, reflecting at once the needs of the whole and the autonomous needs of each individual, and of the interdependence between the two.

In effect, Spencer was asserting that an ethical system can be based on “prudential” grounds, or enlightened self-interest.  Spencer’s argument was hardly new, of course.  It can be traced back at least to the Greek Stoics.  Spencer’s contribution was to relate enlightened self-interest to the biological problem of survival and reproduction and to assert that individual interests and the “public interest” were not necessarily incompatible or opposed to one another; they can be harmonized.

However, Spencer’s newborn science of evolutionary ethics was almost immediately disputed when the well-known biologist of that era, Thomas Henry Huxley (dubbed “Darwin’s bulldog” for his vociferous public defenses of Darwin’s theory), spoke out on this subject in his famous (some say infamous) Romanes lecture of 1893.  Huxley shocked his listeners, and subsequent readers, by disavowing Darwinism as a basis for ethics.  The “cosmic process,” as Huxley called evolution, is nothing but “relentless combat” -- a war of every man against every man in Thomas Hobbes’s dour image.  Huxley also characterized the natural world a “gladiators’ show” in which the losers go to the wall.

So how can one build a social ethics on this model of evolution?  How indeed?  Huxley had painted himself into a corner in which he could not find any ethical corollaries.  The only way to avoid this trap was to promote the idea that humans should try to transcend nature: “Social progress means a checking of the cosmic process at every step and the substitution for it of another, which may be called the ethical process...”  By substituting the “State of Art” for the “State of Nature,” Huxley claimed, human societies could ensure the survival of those who are ethically the best.  (This begs the question, of course, why bother?)  Huxley likened the process of cultural improvement to that of a gardener who transforms wild nature into an ordered regime.

Not surprisingly, Huxley’s dim view of evolutionary ethics prompted a number of public rebuttals, including one by the famed philosopher and educator John Dewey:

I have discussed this particular case [Huxley’s garden metaphor] in the hope of enlarging somewhat our conception of what is meant by the term “fit”; to suggest that we are in the habit of interpreting it with reference to an environment which long ago ceased to be. That which was fit among animals is not fit among human beings...because the conditions of life have changed, and because there is no way to define the term “fit” excepting through these conditions. The environment is now a distinctly social one, and the content of the term “fit” has to be made with reference to social adaptation...We have then no reason here to oppose the ethical process to the natural process.”

In other words, Spencer got it right.  If a guiding metaphor for evolutionary ethics might be helpful, we could use an improved version of Huxley’s image.  Huxley suggested that a society can be likened to a domestic garden, where the task of the gardener (i.e., an ethical system) is to struggle with the hostile forces of nature to achieve an ordered regime and achieve the gardener’s goals.  John Dewey, in his rebuttal to Huxley, proposed a more benign image of the garden plot as a place where the gardener works with nature to make improvements and create conditions for abundant growth.

From the vantage point of a one-time farmer and a student of our modern 21st century understanding of evolution, both versions of the garden metaphor are partly correct.  Our ethical systems must, at one and the same time, weed out the dandelions and fight the aphids, and snails, and voles while simultaneously planting, fertilizing, watering, pruning, and harvesting the plants upon which we have come to depend for our very sustenance.  An evolutionary ethics, properly formulated, can help us to achieve that goal. 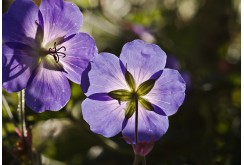 The Public Trust:  How It Trumps Capitalism and Property Rights

In an argument that goes back to the philosopher John Locke, many conservative and libertarian theorists claim that freedom (as in free market capitalism) and property rights have moral priority as inherent human rights (and there is a huge body of laws and legal precedents that support this claim), while the concept of the “common good” has no legal standing, or has a weaker claim.  This argument is flatly wrong.  In fact, the idea of a collective (societal) responsibility for the common good has a sturdy foundation in the ancient legal principle of the public trust.

“Survival of the Fittest”: Herbert Spencer (and Friends) Got It Wrong

Peter Corning
The term “survival of the fittest” was coined by the famed 19th century British social theorist Herbert Spencer as a way of characterizing Darwin’s natural selection theory.  Darwin himself soon started using the expression, but it was also embraced by what came to be known as the “Social Darwinists” – various apologists for the free-wheeling, laissez-faire capitalism of that era that featured ruthless economic competition, the brutal exploitation of workers, and extreme inequalities of wealth and poverty.
Read More...
World Views 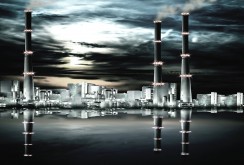 Can Our Institutions Meet the Challenge of the Environmental Crisis?

At the very time when our rapidly-growing environmental crisis is becoming an urgent, multi-dimensional threat, many of the world’s governments are corrupt, dysfunctional and/or the captives of retrograde vested interests.  Does this pose an insurmountable obstacle, or are there workarounds and solutions that can be used to deal with this existential challenge? 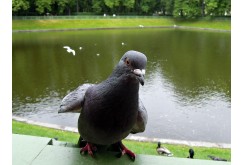 How to Save Our Small Cities

A recent article in The New York Times on how our expanding “megacities” seem to have less and less need for small cities prompted a thoughtful analysis by the Times’ economics columnist Paul Krugman. 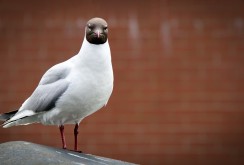 A “Living Wage” is Long Overdue:  Let’s Try Using the Mafia Approach....Desperate people have no respect for property rights.  But, when there’s a revolution against economic injustice, it has a way of ending badly.  Maybe the mafia have a better idea.  Let’s try using a shakedown with the super-rich.  Call it a protection racket.   You can have your property rights in return for a “basic needs guarantee for the rest of us.”  Otherwise… 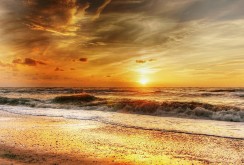 Why the “Fair Society” is the Way Forward

The New Narrative: Why the “Fair Society” is the Way Forward 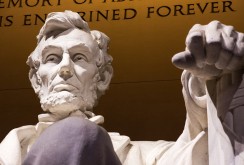 The “Centrist Reform Program”: An Agenda for the 21st Century

"The basic needs of all of our citizens are provided for -- all of the people, all of the time...." --Abraham Lincoln.