Donald Trump and the Law of Unintended Consequences 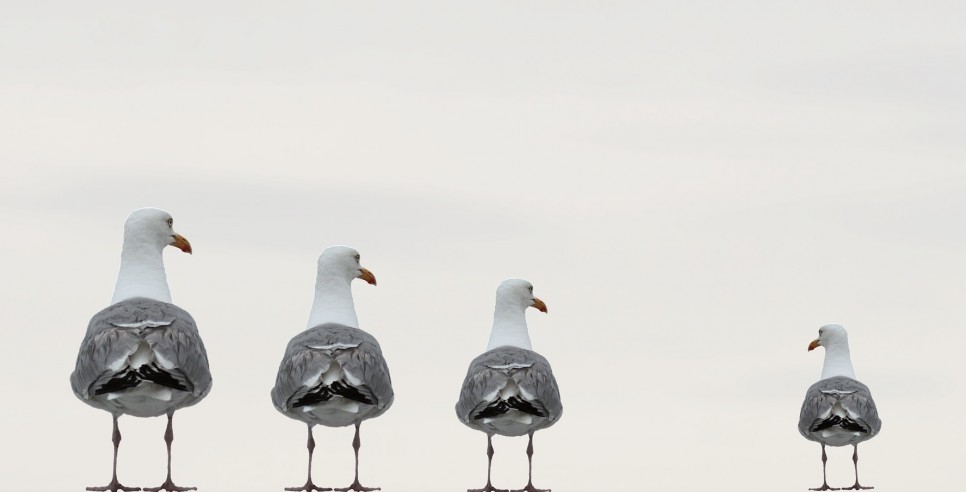 It has been said that the only truly infallible law of nature is the law of unintended consequences.  This is hyperbole, of course, but the term does provide a label for a ubiquitous phenomenon.   Popularized by the 20thcentury sociologist Robert K. Merton, unintended consequences of various kinds could rightly be considered a major thread in human history – sometimes with beneficial results but very often not.

Many of these unintended outcomes are synergistic effects – the combined product of many individual actions.  One person’s backyard barbeque may contribute only a pittance to global warming, but the three billion wood fires used each day for cooking and heating throughout the world have a significant collective impact.   And so do the one billion motor vehicles (as of 2010), the 102,000 daily airline flights (or 37.4 million altogether in 2014), and the 1.4 billion methane producing cows (in 2011).  Their combined greenhouse gas emissions add up to a horrendous synergy of scale – climate change.

Many unintended synergies can be beneficial, of course.  Perhaps the most famous example is economist Adam Smith’s “invisible hand.”  As he put it in his classic text, The Wealth of Nations:“By pursuing his own self-interest… [a man] frequently promotes that of the society more effectively than when he really intends to promote it.”

A second kind of unintended consequence has to do with the many second-order, or downstream effects that we fail to anticipate or understand.  This problem is notoriously evident in the natural world.  “You can never do just one thing,” as the biologist Garrett Hardin famously observed.  He called it the first law of ecology.  If you cut down the trees in an upland forest, this may cause soil erosion, increase rain water runoff into tributary streams, and, in time, lead to flooding in downriver towns and villages.

To be sure, some unanticipated second-order effects can also be beneficial.  Aspirin has been used for centuries to treat headaches.  Now we know that, because it is a blood-thinner, it may also be helpful in preventing heart attacks.  On the other hand, it may also have the negative consequence of inhibiting blood coagulation if you suffer a cut or a wound.

A third category of unintended effects is a result of the human tendency to err in understanding how other people might interpret and respond to their actions.  Some of the most famous (and tragic) examples have occurred in wars.  When the Japanese launched a surprise air attack that decimated the American Pacific fleet at Pearl Harbor in early December 1941, their military high command believed it would demoralize a weak and war-averse country and lead to a negotiated peace.  It had exactly the opposite effect.  It led to the ultimate destruction and defeat of that proud nation.

Another classic military example is the Maginot Line – a massive set of fixed defensive fortifications built by the French at a huge expense along their border with Germany after World War One in order to deter another German invasion.  Hitler simply bypassed it and invaded France with a new form of highly mechanized warfare (the “Blitzkreig”) through the undefended Ardennes Forest, which the French thought was impenetrable and did not bother to fortify.

A classic peace-time example of misjudging the reaction of others is Prohibition – the nation-wide ban on the production, transport, or sale of alcohol during the 1920s after the passage of the Eighteenth Amendment to the Constitution and the Volstead Act.  As the temperance movement had hoped, it did lead to an overall decline in per capita alcohol consumption, but it also produced a wave of illegal alcohol production and consumption (there were somewhere between 30,000 and 100,000 illicit “speakeasy” bars in New York City alone by 1925), as well as providing a lucrative opportunity for organized crime.  Prohibition’s greatest achievements were a major decline in tax revenues in almost every jurisdiction and the corruption of many police departments. True, there were fewer cases of cirrhosis of the liver, nation-wide, but this was offset by many more deaths from drinking Sterno and other “moonshine” home-brews.

It’s too soon to know for sure, but all indications are that Donald Trump will surpass even such legendary episodes as Prohibition, and that his tenure in the White House will come to be viewed as (among other things) a prime example of a presidency of unintended consequences.

According to his long-time lawyer and fixer, Michael Cohen, Trump entered the 2016 presidential race mainly to build his business “brand”.  He didn’t expect to be elected.  Certainly not by losing the popular vote by a substantial margin and winning the electoral vote by razor-thin margins in a few key states.

When he did unexpectedly win, Trump obviously decided that the presidency might actually serve his business interests, so he didn’t divest himself as past presidents have traditionally done.  Among other things, he welcomed a flood of guests to the Trump Hotel in Washington, D.C., and created a bloated personal slush fund disguised as an inaugural committee.  Meanwhile, his children and son-in-law, Jared Kushner, gleefully pursued a variety of profitable business projects.  The down side of winning the election was that he had to (temporarily?) abandon his plan for a Trump Tower in Moscow -- bad optics.

More unintended consequences began to occur even before election day, and they have been mounting ever since.  First there was the Russian connection and what led to the Mueller investigation and numerous criminal prosecutions and convictions (five of six Trump “advisors” so far, among others), with many more anticipated in Mueller’s final report and beyond. A more serious set of unintended consequences are the 17 (known) investigations, to date, into every aspect of Trump world – his business, his charitable [sic] foundation, his tax returns, his bank loans, his inaugural committee, his political action fund-raising committee, his children, and more.   From what we already know about Trump’s long and sordid career in business, it’s likely that one of the biggest unintended consequences of Trump’s ascension to the presidency will be many more criminal prosecutions, convictions, and (quite likely) the ultimate collapse of Trump’s business empire.  There will also be jail time for many of the people associated with Trump, and perhaps for Trump himself.

However, the biggest unintended consequence of all may be a major sea change in American politics that would not have happened otherwise.  We have had a whiff of this already in the mid-term election of 2018, where a record turnout led to an historic power shift in the House of Representatives.  The Democrats gained a near-record 41 seats and a clear majority.  Now a rising “beat Trump” movement is already generating a surge in political activism and a raft of eager presidential candidates, along with a whole new set of Congressional “oversight” investigations.  If the Democrats should regain the Senate and the White House in the 2020 election (by no means a sure thing), it could break a legislative log jam that goes back at least to 2009 and produce a wave of progressive legislation – a new liberal era.

Prediction is always hazardous in politics, but if this outcome should occur, it would be, in considerable measure, an unintended consequence of Trump’s presidency. Almost certainly it would not have happened without him – another case of uniting against a common enemy.  Donald Trump could perhaps be compared to a highly contagious disease that arose in a weakened and susceptible body politic, a disease that catalyzed an array of institutional anti-bodies that led to a healthier society and political system.  It would, in the end, be the quintessence of irony and, more important, a consolation for what this country is currently enduring.  Let’s hope so.