The Coronavirus Cassandra: Are You Listening? 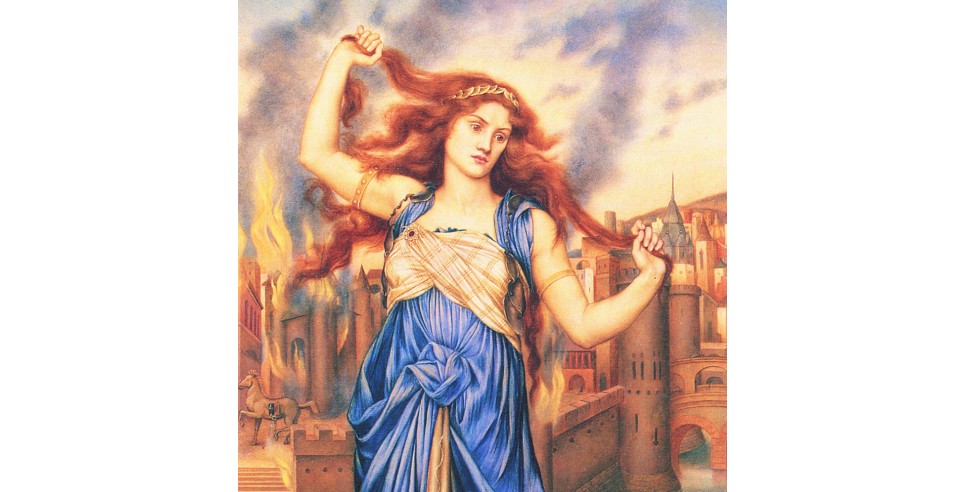 The well-known public health journalist Laurie Garrett has been called the coronavirus Cassandra (after the mythical Greek priestess who was doomed to issue prophesies that were never heeded), most notably with her best-selling 1994 book, The Coming Plague.  (Another prominent coronavirus Cassandra was Bill Gates, back in 2015.)  Now, in an interview with The New York Times op ed columnist Frank Bruni, Garrett is sounding the alarm once again.  Will we listen to her this time?

First, Garrett notes how much more damaging the Covid-19 pandemic has been, and will be, than anything since the Great Depression in the 1930s.  It will be prolonged, it will kill a great many more innocent victims, it will leave many millions of people unemployed and impoverished, and, in many countries (not all), blame will rightly fall on incompetent and ineffectual governments for their numerous failures.  Garrett warns us that, if the affluent – the one percent – emerge from this trauma unscathed, while many millions of our fellow citizens remain unemployed, lose their savings, lose their homes, are evicted from their apartments, cannot pay for health care, and must line up at food banks to avoid starvation, “I think we could have a massive political disruption… We may also see what collective rage looks like,” she says.

Back in the 1930s, it is well to remember, the collective rage was bifurcated and polarized between Communists and Socialists on the left and fascists and other conservatives on the right.  These radicalized political factions often turned on one another (violently), and in some countries, like Italy, Spain, and Germany, the fascists triumphed.  This set the stage for World War Two.

There is a very similar dynamic at work in this country today.  At one pole there are the angry, heavily armed Fox News fascists, egged on by Donald Trump, who have recently been threatening governors and state legislatures with anti-lockdown demonstrations.  Behind them are numerous organized right-wing groups, some of them armed militias, and an array of militant right-wing media outlets, subsidized with billionaire financing.  Their overarching vision, currently, seems to be vaguely libertarian and anti-government – and white supremacist, of course.

At the other pole there is a spectrum of left-wing neo-Marxists, eco-socialists and other radical progressives who resonate with Bernie Sanders’ call for a “political revolution.”  Many of them see Capitalism as being “the problem,” and class warfare as the remedy.  After the 2008-2009 economic meltdown there was a glut of books predicting the end of capitalism, coupled with various dark economic forecasts and scenarios.   As the economy recovered, the focus shifted to the environmental crisis.  For instance, two respected biologists (David Schwartzman and his son Peter) in a well-documented 2019 book The Earth is Not for Sale, conclude that “only a multi-dimensional, transnational class struggle…can deliver the  OWSP [the other world that is still possible] snatched out of the chaos that now confronts us in the converging environmental, social, economic crises.”

However, there is, as always, a middle-ground alternative – a “third way.”  Mark Twain is reputed to have said that history doesn’t repeat itself, but it does tend to rhyme.   Often, it seems, this is because the hard lessons of history are forgotten, especially if there was a happy ending.  In the United States during the Great Depression, the “happy ending” was what could be called the victory of the moderates.  These were progressives (called “liberals” in those days) who sought recovery and reform rather than a revolution.  They marched under the banner of the “New Deal,” and the key to it all was a charismatic, immensely skilled, pragmatic President – Franklin D. Roosevelt.

In his inaugural speech in 1933, FDR inspired hope – “we have nothing to fear but fear itself” – and immediately set about stimulating the economy, creating jobs, and meeting unmet basic needs with an “alphabet soup” of recovery agencies – the Works Progress Administration (WPA), the Public Works Administration (PWA), National Recovery Administration (NRA), the Civilian Conservation Corps (CCC), and more.   Then, as the economy began to respond, the Roosevelt administration enacted a sweeping program of social welfare legislation that established the foundations for the economic safety net and the governmental regulatory regime that exists today, from Social Security to unemployment insurance, the minimum wage, workplace safety rules, and much more.

The New Deal is a very good model for what, in our time, could be called the “Great Inflection Point,” because the goal of “recovery” is not even close to being enough; “normal” was not working, even before the pandemic.  We must have a sharp break with the status quo, a strategic turning in a new direction with new values, new policies, and new institutions.  There must obviously be an immediate focus on defeating the coronavirus and reviving the economy.  But we must also deal with a converging set of crises – our swollen national debt and yawning fiscal deficits, our deep and debilitating economic inequality, our battered and troubled health care system, impoverished public education, a decaying infrastructure, the erosion of steady, meaningful work, the decline of rural areas and the opioid crisis, the massive burden of student debt, vitally important government agencies that have been corrupted (like the Justice Department, the EPA, the FDA, the CDC, and others), and overriding everything else is our existential climate crisis.

A great many of the reform proposals offered during the recent Presidential primary debates – now a lifetime ago – deserve to end up on the reform agenda.  The Green New Deal has received perhaps the most attention.  But this will only happen if we have a collective change of hearts and minds, a clear mandate for change in the 2020 elections, and a new reform-minded administration in Washington, as well as in many of our state governments.  And leadership!

The only way to avoid “collective rage” is with collective change.