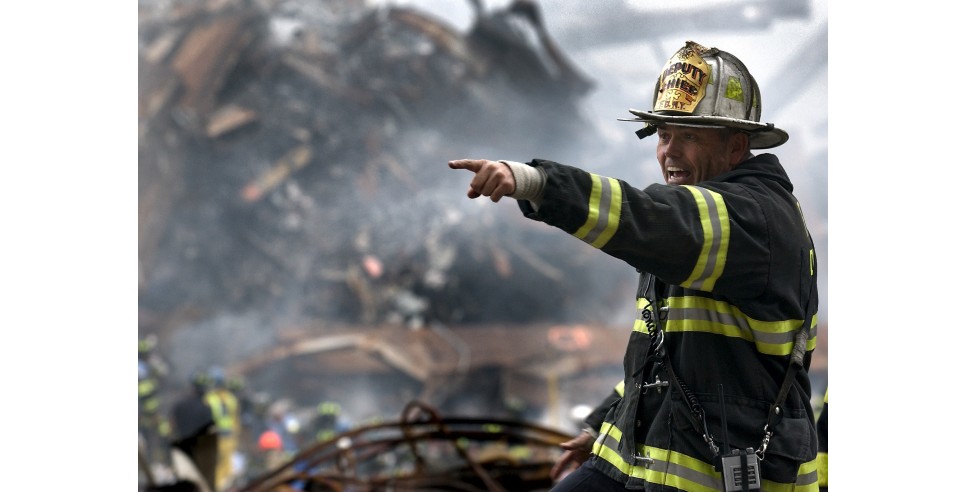 We are enjoying the last weeks of summer, interspersed with climate change indicators that bring fires, floods, excessive heat, and even an earthquake or two. As I write this on September 11, I am mindful that there are thousands more victims than the 2,996 who died that morning in 2001 who have died unexpectedly while simply going about their business.

“Names wheeled into the dim warehouse of memory.

So many names, there is barely room on the walls of the heart.“

The poet laureate Billy Collins wrote this poem in 2002 to honor victims of 9/11, and he reads it here for those who are interested in a special session of “PBS NewsHour.” To the 9/11 list of the dead, we can add others–from military service, accidents, natural disasters, or from hate and domestic terrorism.

I still remember where I was on 9/11, and the shock of the news being reported on the radio at home and then as I was driving to the bank, where I had over 100 people reporting to me who would need some direction in such an extraordinary circumstance. Though some of us had heard sporadic pieces of terrorism intelligence, most of us did not expect that this set of violent events could happen in our country. About two-thirds of my team had come into the office rather than stay at home and watch events unfold on television.

The day proved to be pivotal for my career – my boss and all other C-suite executives were holed up in a room with several TV sets to see if there were decisions they would have to make. I ended up knocking on the door of that ill-equipped emergency operations center to ask if I had the authority to send my team home. I had several other questions as well, and later wrote a short set of recommendations on how to handle such events which led to my appointment first to the Crisis Management Team, and later to redesign and lead that team at the enterprise level.

All my work in this area was in line with recommendations of the 9/11 Commission, especially since we had acquired a major bank in Manhattan. Our planning was also shaped by using the same management approach, no matter what type of event presented itself. We tested various scenarios throughout the year, including a cyber-attack, a dirty bomb, and evacuation planning for employees. Because of the locations in which we had branches, we had more experience and needed less practice on events like extreme weather (all locations), hurricanes (Florida, New York, New Jersey, Texas, South Carolina), earthquakes (California, Washington) or wildfires (Colorado, California, Washington).

In our scenario tests we included state, county and city first responders and emergency planners.  We shared intelligence whenever possible. I ended up working with the Treasury Department to form a state-wide coalition of banks and financial institutions to work on public-private preparedness.  So you could say that 9/11 caused Washington Mutual and other financial institutions to examine and upgrade its practices around extreme events.

Back to 2001: The amount of pre-planning and training, as well as the animus and hatred behind the terrorists’ efforts was significant. We know from American national security expert Richard A. Clarke, that that intelligence fragments about this planning had been presented to the highest levels of the Bush administration, but that intelligence was discounted and given low priority. The gathering of troubling information from across government departments or agencies so that it can be analyzed carefully and escalated if necessary was one of the more complex recommendations of the 9/11 Commission’s report in 2004.

Unfortunately, merging 21 agencies into the Department of Homeland Security has not solved the joint problems of silos and proprietaries where information is concerned. Compounding this challenge is the fact that the Department of Defense has one of the most sophisticated intelligence gathering operations, but it shares intelligence information with our Allies, but probably not with domestic departments and agencies.  Does this sound familiar?

The lack of information sharing around events that are potentially catastrophic is a topic I’ll be covering again this fall when I teach my course on enterprise risk management. Looking back at our challenges, it’s possible to see that same pattern play out around January 6th events. What appeared at first to be a populist gathering of Trump supporters with a questionable purpose (“Stop the Steal”) turned out to be a program as closely planned and poisoned in its approach (“Hang Mike Pence” while disallowing the electoral votes to be counted) as flying planes into buildings to disrupt and undo the U.S. financial system and the underpinnings of our democracy. We are learning more after the fact about how there was a significant level of intelligence in the various agencies, but that the dots were not connected.  We can do better than this, and the private sector stands willing to work with the government.

But the open question is still how to accomplish this in an environment where intelligence about grievances, sometimes barely acknowledged, can spiral into violence. When we now say that something ‘went viral,’ the quasi-medical implications of the metaphor reflect the scope of the phenomenon, from business to schools, to family life. We do not always recognize quickly enough what that ‘virus’ actually is and the dots remain unconnected.