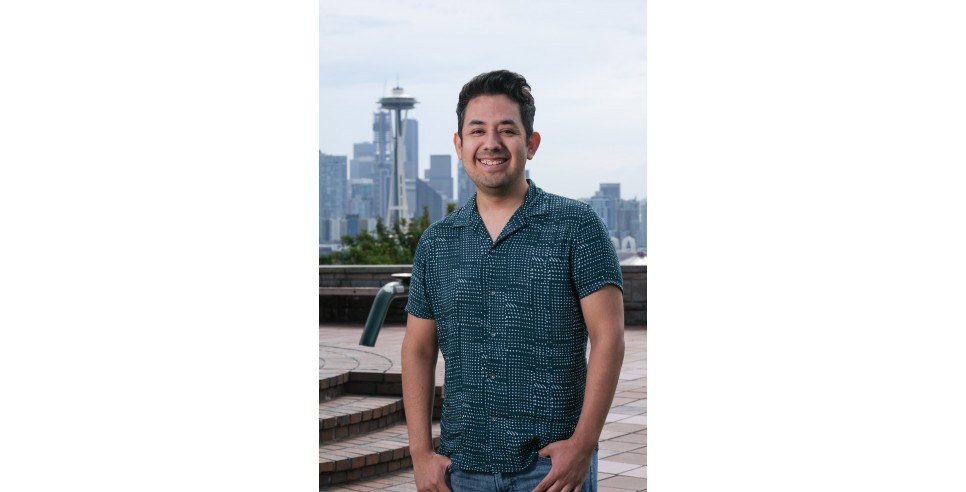 As host for our podcasts, Josue Mora is the major force behind what we’re doing with this platform. Here is what he has to say: “We initially began with the magazine—that was the big push. I had a little experience in magazine publishing. My mom had a magazine, a small publication very focused on the faith community that we printed ourselves. It only ran about two years. Since it focused on stories about people—having had that experience was a good transition into The Connector.”

Josue cites his ability to work well with people as stemming from growing up with his mother as a minister—she helped them reach their spiritual lives. “I like meeting people and like hearing what they’re interested in. I don’t hesitate to ask those questions and about what their work is and why they do what they do.  People really open up to me. It comes from watching my mother when she meets people, how she interacts with people and gets them to open up.”

The work that Josue has done for PR for People, either with the magazine or the podcasts, is essentially talking about people and getting to know them. In the first Podcast with entertainer Alana Belle, Josue was getting to know her and the work she had coming up. “It was just a great conversation.”

Josue had this very natural conversational ability early on. “At the end of my first or second quarter at the Seattle Art Institute I was taking a communications class where I had to give a speech. My teacher commented, ‘I can tell you come from a public speaking background because you’re really good at capturing attention.’”

Josue attributes his easy conversational style as a gift from his mother.  “My ability to communicate comes from many years of watching my mother. We moved a lot when I was younger, so I had to get used to keep introducing myself. Once we moved three times in one year.”  He also adds how his mother has often worked with people in a very personal way; it’s part of her ministry, and how she builds trust with people who need her guidance.

Josue’s first career interest was the fashion industry, specifically P.R. in the fashion industry. He watched a lot of documentaries and listened to a lot of podcasts… just to see what people do. He spends time studying people by watching films or listening to podcasts. In particular, he focuses on creative talent, writers, photographers, artists, musicians, actors and entertainers, and immerses himself in the stories of their lives. What their life’s work is, essentially, and what got them interested in their different art forms, which is why he watches a lot of documentaries and listens to podcasts on everything from Mr. Rogers to the New York Times Photographer Bill Cunningham.

For inspiration, Josue mentions ELLE advice columnist E. Jean Carroll, who said, “Get something done, then figure out how you did it.” In his own approach, Josue is usually just the opposite. “I have to figure something out, then I do it,” he says.

Josue has a deeply held belief in the power of podcasts—and how the idea of real people sharing their stories about business or the arts has a lot more power than the usual celebrity gossip train. “I like hearing about people who did something for themselves, or experts who did something in their fields and getting to know that.  The podcast is a great extension of the magazine. Podcasts are getting more recognition now and there’s a ton of them. Anything you can think of—there’s a podcast out there.”

For future podcasts, Josue wants to learn more about businesspeople, especially entrepreneurs and learn how they’ve built what they have now. He’s also inspired by women’s success stories. “I learned a lot by watching my mother go through her struggles in a predominately male arena,” he says.  “Most ministers are men. It’s always interesting watching women, and people of color, going through a challenging process.”

Podcasts give us the power to change lives in a way that is more connected emotionally to the specific person. Creative Professionals: Artists, Musicians, Designers and Authors can do what other people cannot do. They can connection emotionally with their audience and inspire, change and transform lives. “I like that we have such a unique business model where we feature everyday people in the magazine—I see the podcast as being an extension of that.”