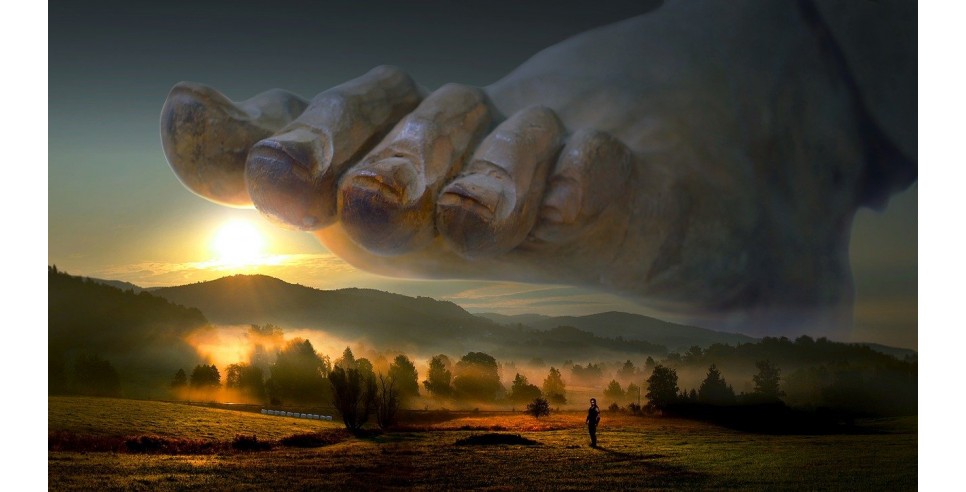 “I tremble to speak the words of freedom before the tyrant.” –CORYPHAEUS, in Euripides, The Bacchae.

We all know people who are crazy. Crazy people do wild and strange things. Sometimes they do wonderful things. Artists of all types might be paid handsomely for living on the edge—and are called crazy. But being crazy is a far cry from being insane. Insanity has legal ramifications. A person can be locked up for being insane. Of the many ways insanity is defined, the only open-shut case is a criterion based on two factors: the person is unable to see reality and, as a result, intentionally harms innocent people.

The insane, who have achieved infamy, run the gamut from serial killer Ted Bundy to President of Russia Vladimir Putin. Putin is responsible for harming many more people than serial killer Ted Bundy, yet there is deep-rooted cultural reluctance to identify him as insane. Since Putin launched his invasion of Ukraine, the media has run a series of trend articles to debate whether or not Putin is insane. The Wall Street Journal took the following position when it ran the news story: Putin is Angry, but He Isn’t Mad. He was described as angry, arrogant and autocratic, but not insane.

Other top-tier media outlets also posed the question of Putin’s sanity. The Daily Beast reported that Putin Isn’t Just Insane. It’s Far Worse Than That and suggested that he is driven by a divine but delusional mission to restore Mother Russia. Esquire Magazine suggested a slightly different angle, almost an apology for Putin  in the article Is Putin Crazy? Or Did He Just Get Some Bad Intel?  Somewhat absolving Putin from the insanity label, an article in New York Magazine suggested that Putin’s War Looks Increasingly Insane, thereby separating Putin’s heinous actions from the man himself.

The media outlet National World posed the question Is Putin ill? National World suggested that Putin might be battling cancer, which caused him to invade Ukraine. Retired Royal Navy Admiral Chris Parry said that he believed that that it was Putin’s alleged medical condition that prompted his decision to press ahead with war. Admiral Parry suggested that Putin’s immune system might be suppressed [due to cancer treatment] which is why he has been using very long tables to interview people. Fiona Hill, a senior fellow in the Center on the United States and Europe in the Foreign Policy program at Brookings, told Politico that Putin was “increasingly operating emotionally,” but she did not suggest that he was insane.

Then the pundits, power brokers and politicians chimed in. A round-up of Comments in the Washington Post came from White House press secretary Jen Psaki and Sen. Marco Rubio (R-Fla.), as well as from former U.S. officials such as Condoleezza Rice and HR McMaster,  and abroad, NATO allies U.K. Prime Minister Boris Johnson and French President Macron weighed in, all of whom speculated that Putin had become unhinged due to pandemic isolation or illness. Retired Four Star General Barry McCaffrey made multiple appearances on NBC News to assert that Putin is autocratic and dangerous, but not insane.

William J. Burns, director of the C.I.A., said about Putin, “I think he’s far more insulated from other points of view and people who would challenge or question his views. In my opinion that doesn’t make him crazy, but it makes him extremely difficult to deal with.” Dr. Kenneth Dekleva – who served as Regional Medical Officer/Psychiatrist with the Department of State from 2002 through 2016 – agreed with CIA Director Burns and advised caution about using psychiatric labels. “If all we talked about was the narcissism of politicians, we’d be talking about an awful lot of politicians.”

Dr. Dekleva deftly described Putin—and other politicians like him—as narcissistic but refrained from calling them insane. As citizens and plain folk, it’s not helpful to our understanding or our awareness of leadership when the truth is maligned and disrespected. There are people who are in the spotlight, politicians indeed, who are insane—who are are unable to see reality, and as a result, intentionally harm innocent people.

Roseanne W. McManus, an associate professor at the Pennsylvania State University, who is working on a second book on the madman theory, stated that “‘Madness’ isn’t a common leadership trait.” But let’s examine the fact that insane leaders have been calling the shots since the beginning of time. We don’t have to look farther back than the 20th Century to cull up the trail of carnage left by Milosevic, Hitler, Mussolini, Stalin, and now Putin. There are many more.

Yet we don’t call them insane. Perhaps it is because when a leader assumes great power, no one dares to define him as insane. And even after he is gone, the label of insanity is best relegated to the homeless man who reeks of urine and lice, ducking into the alleys and screaming to himself. The homeless man is called insane, even though he causes far less damage than a man like Vladimir Putin. If you don’t believe Vladimir Putin is insane, then you probably have skin in the game of White Man Stakes.

You don’t have to be a White Man to have a vested interest in White Man Stakes. There are both men and women, as well as a myriad of people among different races and ethnicities, who invest in insane leaders. The rules conferred by White Man Stakes protect insane leaders from being labeled as insane. Softer definitions do apply. Narcissistic is the favored descriptor for insane white men in power. We don’t have to look any farther than our own state legislatures and our Representatives and Senators in Congress who support and perpetuate delusional thinking solely to stay in power.

Whether a person is defined as insane has a great more deal to do with power—White Man Stakes. How much power and wealth the leader has amassed is tethered together with how much financial capital and the number of important people who have invested in his power. White Man Stakes is as much about the insane leader as it is about those who are reckless accomplices to his insanity. Historically, there has been a preponderance of white men among insane leaders. And there is always a hierarchical power structure that has invested heavily, financially and opportunistically, to keep an insane leader in power. Vladimir Putin is no exception to the rules of White Man Stakes. In fact, he is a clear example of a man who is kept in power by those who have invested in him.

From the beginning of human history, there has always been an ongoing tension between communities who wanted to be self-governing (egalitarian) and those who wanted to rule top-down (authoritarian) by exerting their control over communities in order to amass power and wealth. And we have always had the insane among us—those who achieve leadership status and do not have a moral compass or the moral attributes to become servant-leaders. Insane leaders are unable to see reality and, as a result, always intentionally inflict harm on innocent people.

The actualization of the self-governing (egalitarian) versus top-down rulers (authoritarian) is more than a dynamic tension between two different types of political cultures, but it is at the crux of how power and wealth shape the world we live in today. A very small percentage of insane leaders do control the fates of everyone else and are doing so at an increasingly disastrous rate. A quick recap of some of the most pressing problems in the 21st Century include climate change, grossly unfair economic practices governing energy and food production, nuclear proliferation and imperialist acts of aggression that cause great human harm and suffering. Insane leaders are unable to see the reality of the most pressing needs of our times, and are only able to act upon their own delusions.

Freedom is a constant struggle, but in order to hold onto freedom, and how it is implemented through democracy, we have to have leaders who are sane and who are committed to being servant-leaders. We also have to have a sane population. We need to encourage people to recognize truth so they can distinguish the sane from the insane—only the people can remove an insane leader from power.  In 1949 President Harry Truman sent a message as a preamble at the American Psychiatric Association’s Annual Meeting. “The Greatest prerequisite for peace must be sanity—sanity in its broadest sense, which permits clear thinking on the part of all citizens.” Insanity is like pornography—we know it when we see it—and it has no place among our leadership anywhere in the world.