The Wall, The Democrats and The Art of Negotiating 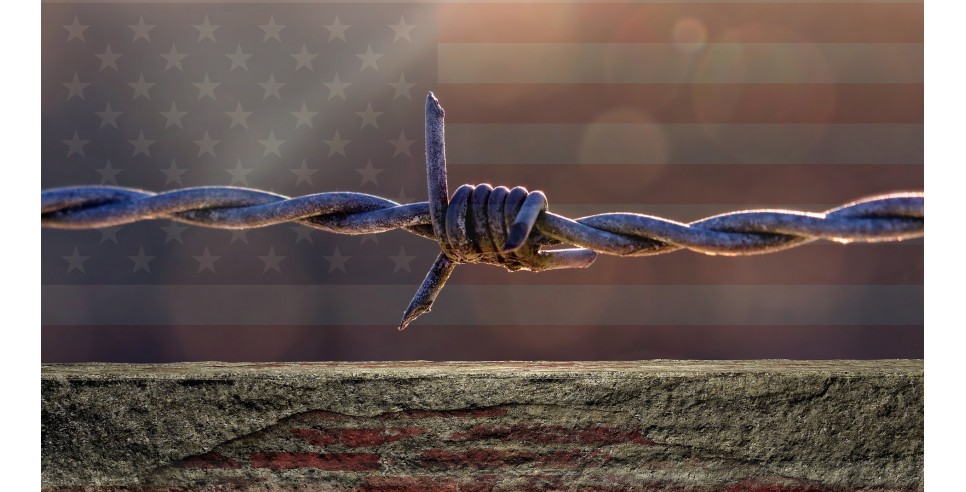 The first rule of successful negotiating is to do so from a position of strength. If you are not in that position, still declare that you are. If you are negotiating in the public arena, the general audience will not really know which side is stronger, if both are claiming to be such. And if the consequences of just the negotiations negatively impact the public’s welfare, it doesn’t take much brainpower to realize that the public just wants it to end. Who wins is not their major concern. A rising chorus of “please compromise” usually is the refrain to let them get back to leading normal lives. The details of that compromise are secondary to this primary concern.

This is the framework within which President Donald Trump and the Congressional Democratic leaders Speaker Nancy Pelosi and Senator Chuck Schumer find themselves in.

The second rule of successful negotiating is to not over play your hand by assuming that your side has more “facts” than the other side has in proposing the right solution to the problem before them. This is a bigger danger for the side that actually does have more and better facts. That may sound counter-intuitive. If they have the better set of facts and they share them with the public, shouldn’t their side be able to sway public opinion to support their side of the negotiations?

That only holds true if both sides have the same size megaphone. If the side with the weaker facts can reach more people, they can blunt and most certainly muddy the factual basis of who is correct. And once they do that, the role of “facts” diminishes. This has been Trump’s consistent “modus operandi.”

And, it is the conundrum that the Congressional Democratic leadership find themselves wrapped in. The President has a bigger megaphone. House Speaker Pelosi and Senate Minority Leader Schumer, retort to Trump’s televised address, was rational but also defensive. Worse they didn’t say the magic words “let’s compromise”, which Trump did. Even though the facts show that the Democrats already did when they voted at the end of last year to pass legislation, with both majority Republican and Democrat support, for funding a portion of the wall. Trump originally indicated he would be fine with the legislation. And then he rejected it.

What drives the Democrats, and even a trickle of Republicans, crazy is that Trump sends mixed messages and changes his mind in mid-course. Worse yet, he makes sweeping statements, that while they almost always contain a thread of truth, they present a blatantly false tapestry of reality. His national address justifying the wall was a classic example. He has said we are in an emergency situation, however the number of people crossing into the US from Mexico is down 90% from 2000. How do you have an emergency when the apparent threat to our security has been shrinking not expanding?

Trump also claimed that  “Every week, 300 of our citizens are killed by heroin alone, 90 percent of which floods across from our southern border." The Drug Enforcement Administration says "only a small percentage" of heroin seized by the U.S. comes across on territory between ports of entry. They concluded that a border wall would NOT choke off most smuggling methods.

By repeating exaggerations and then abandoning them when challenged, Trump has been able keep his opposition, and his allies, off balance. The result is that the political power to make final national decisions has devolved into his hands alone. Even his cabinet members have been corralled to stay within boundaries of his ever-shifting fencing.

The Democrats have seized on Trump’s inconsistencies, thinking that they have struck a vein of unlimited gold nuggets. While exposing these mistakes, exaggerations or lies, every day of the week, the net effect has not been so dramatic. Trump’s national approval ratings hover around 40% with his Republican base seemingly stuck at over 75%. And he is counting on that trend continuing no matter how long the government is shut down. The Democrats are certain that while Trump has a hard core of supporters who may never abandon him, the Republican Congressional Members are more exposed, particularly in states and districts with more ethnically diverse and educated voters. And they are beginning to waver.

Now is the time for the Democrats to shape a message of “compromise” but without abandoning social justice principles. Right now they are in a stronger position than Trump or the Republicans. But if the shut down continues, political anger will rise and neither party will be spared. The path forward becomes uncertain, that is why timing is important.

What does a compromise look like? It must acknowledge that security is important. That is Trump’s go to message. Democrats need to grab it from him. But rather than approaching it as a more pro-wall or more anti-immigrant policy, which some Democrats fear a compromise might entail, the better approach is to attack the concept of Trump’s Wall as ineffective and wasteful government spending. This is an issue that cuts into the heart of the middle class voters who are sympathetic to immigrants but are still fearful for their own families’ safety.

The Democratic leaders have often said they support greater border security, so that ground has already been paved. The Democrats just need to drive on it, right up to the middle of the debate. They need to champion security for everyone, including immigrants, who are often the victims from criminal elements in their own community, which plays off of Trump’s own statements of how immigrants are victims of crime.

The second prong of the Democrats response must be to call out the concrete or steel wall as a bumper sticker slogan not a real solution that offers security. We need wise leaders who will not drain our tax dollars away from real and effective strategies. And there may indeed need to be funds available, as was agreed to in the past by the Democrats, to maintain certain physical barriers along the border. But that should only be done in conjunction with other more sophisticated security measures and with a better administrative system for handling the flow of immigrants wanting to enter our country.

This approach will attract the support of Congressional Republicans who are being beaten up by their own constituents wanting an end to the government shutdown. They will support something that works as a solution to addressing the border security issue and ends the shut down.

Rep. Mark Meadows (R-N.C.), a leading House tea party conservative has said in describing his party’s determination, “I think you can’t cave. That’s what the Democrats don’t understand — it’s all or nothing.” That is exactly what enrages the public, because it’s just about who wins a bare-knuckle fight.

Now is the time to for the Democrats to drive home a counter message by proposing a workable, cost-effective and humane solution. And it will be a win for everyone, not just one side.

Nick Licata is the a former Seattle City Council Member, Founding Board Chair of Local Progress & author of Becoming A Citizen Activist. He can be reached at www.becomingacitizenactivist.org