Hitler Only Wanted to Make Germany Great Again: When Will We Learn? 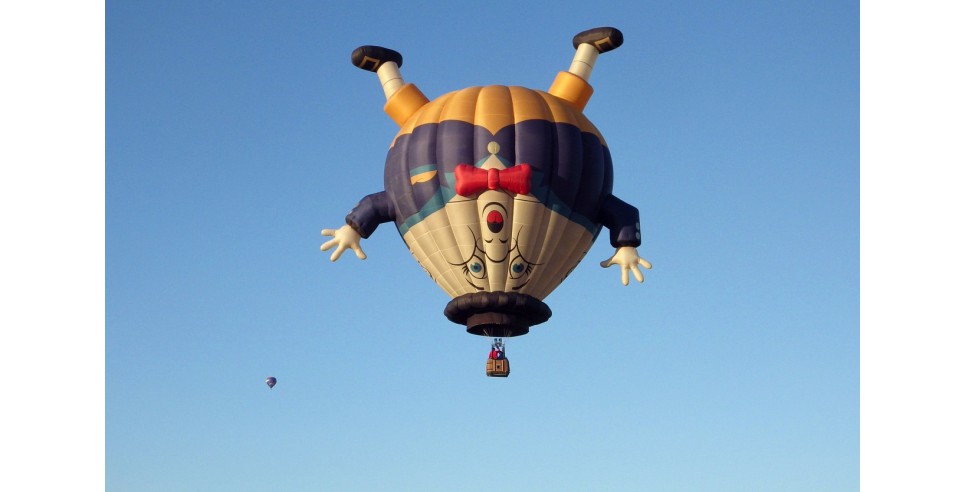 Winston Churchill, in a dark moment, despaired that “mankind is unteachable.”  History may not repeat itself, as the old saying goes, but it does tend to rhyme – as Mark Twain so aptly expressed it.  Many of these rhymes involve historical lessons that we have forgotten and must re-learn the hard way.  Or lessons that have been so distorted and mythologized that we have learned the wrong lessons.

Adolph Hitler, the subject of countless biographies, provides one of the most thoroughly analyzed but also most frequently misunderstood “lessons of history.”   What he did was monstrous – “a crime without a name” in Churchill’s words.   But a new (2016) biography by the German historian, Volker Ullrich, offers perhaps the most nuanced, balanced, and insightful portrait to date.  There is much we can learn – or re-learn -- that is applicable to our current national calamity.

On the one hand, the personalities and deep psychology of Hitler and Donald Trump are strikingly similar.

Sound familiar?  What we must re-learn -- and hopefully never forget -- is how to recognize the symptoms of a dangerous demagogue early on and find ways to block them before they can gain power and do us any harm.  More important, we must learn how to recognize the economic pre-conditions that serve as an incubator for these pathological personalities.  Political scientist Ronald Ingleharthas amassed compelling evidence from data collected in more than 100 countries and covering several decades that authoritarian, “populist” leaders are most likely to arise in societies that are under severe economic distress.  Inglehart calls it the “authoritarian reflex.” We must learn how to deal with these underlying economic causes more proactively and effectively.

But if there are many similarities between Adolph Hitler and Donald Trump, the differences are also very significant, most especially in relation to the historical context and circumstances.  These contrasts also hold important lessons for us.   Germany’s economic distress in the early 1930s was very broad and very deep.  The nation had suffered a humiliating defeat in World War One and was impoverished by the punitive war reparations imposed by the victors, along with suffering hyperinflation and a deep economic depression following the Wall Street stock market crash in 1929.  Its fragile new democracy, created only after the war and the abdication of the emperor, Kaiser Wilhelm II, was ineffectual in dealing with the nation’s deep poverty and hardship.  German citizens were desperate for action, and for change.  There was, as a result, a high degree of passivity, acceptance, and resignation (at first) that allowed a radical political party to assume power, even though it had not achieved an electoral majority (about one-third of the total vote in 1932).  Hitler and the Nazis then moved quickly to consolidate power, shred the constitution, and violently suppress the opposition.

In the United States in 2016, by contrast, the economic meltdown and deep recession beginning in 2008 was traumatic, but the economy was resilient and was gradually recovering --not everywhere, however, nor with the same standard of living for many middle-class and blue-collar workers.  Wages had stagnated and fringe benefits had been shrinking.  Job security was also much more tenuous.  The “rust belt” in the Midwest, in particular, was suffering from a long-term decline in good working-class jobs as a result of foreign competition, the outsourcing of factory production by major employers, and automation.  Our economic distress was thus more segmented and localized. Donald Trump exploited the fact that our mainstream political establishment was gridlocked and was not responding effectively to the need.  Equally important, Trump benefited greatly from an electoral system that is antiquated and vulnerable to various distortions; he lost the popular vote by a substantial margin and won the Electoral College vote in key states by razor-thin popular majorities.

Donald Trump also rose to power in a society with a very deep and well-established democratic political and legal system and a set of reinforcing cultural values, norms, and institutions that can be corrupted and undermined but not easily eliminated.  This, of course, includes our long-standing two-party electoral system, along with many independent voters.  Organized opposition to Trump’s presidency began even before he was sworn in as president.  The mid-term elections in 2018 confirmed the vitality of our institutions (though weakened), and the many investigations that are currently underway provide abundant evidence that the rule of law – though harassed – is still robust and has already set in motion a corrective process that will purge our system of this toxic abscess, I predict.  Indeed, the growing pushback from many quarters against Trump’s phony national emergency declaration is highly indicative.

One other major difference between Hitler and Donald Trump is also worth noting.  Hitler was single-minded in his pursuit of political power and his political agenda over many years, and he had built an organized movement of dedicated followers and funding sources.  Donald Trump was a highly successful businessman (albeit with a dark side and some dubious accomplishments) and came to the presidency belatedly with a deep conflict of interest and a loose agenda that was driven by a combination of personal self-interests, long-standing racist prejudices, and the influence of right-wing nationalist media propaganda.  His “base” is ad hoc.  He is, in fact, an inept con man who has lied to himself as well as to the rest of us, and he does not do his homework.

Hitler was transformative for his country.  Donald Trump, I believe, will eventually come to be seen as an aberrant accident – a highly contagious disease that arose in a weakened and susceptible body politic but will ultimately result in producing an array of institutional anti-bodies and a renewed, healthier economy and political system. Trump and his enablers will, in the end, reinforce one of the oldest historical lessons of all – the law of unintended consequences.  That is the hope.