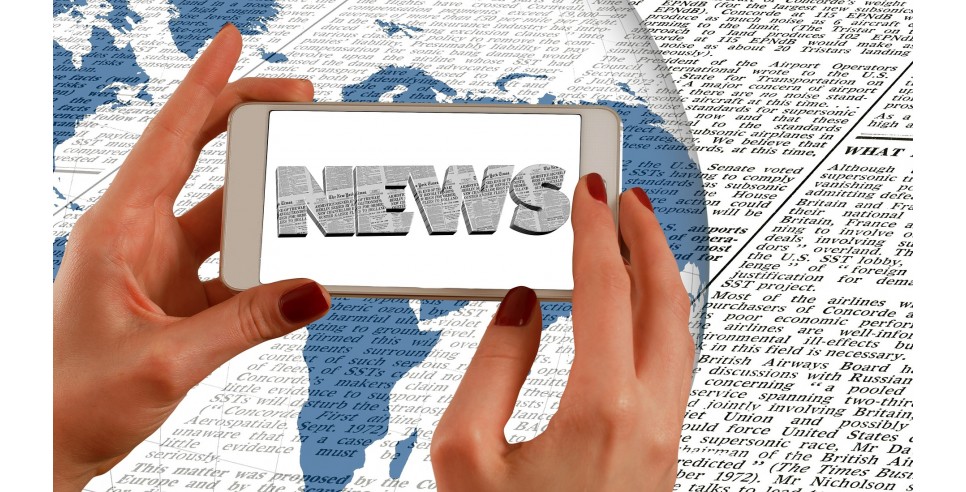 “To suppress free speech is a double wrong. It violates the rights of the hearer as well as those of the speaker."  -- Frederick Douglass, 1860

Douglass’ words reflect the importance that the founding fathers attached to the rights of a free press, which had been so instrumental in making the case for independence from England and in spreading information about the American Revolution. That importance has only grown over the years, and freedom of the press today includes issues as diverse as access to government information, commercial speech, free expression, invasion of privacy, libel, prior restraint, and slander. The Supreme Court has ruled on all these issues over time.

We witnessed a remarkable set of expressions of free speech on September 1, when former presidents George W. Bush and Barack Obama exercised their free expression rights as eulogists. In lauding the late Senator John McCain, they implicitly compared him to President Trump in character and behavior. It was a remarkable display of the power and health of the First Amendment where speech and the press are concerned, both for the speakers and for the hearers. Both speeches resonated around the world and reassured our allies.  Two examples suffice:

“John was, above all, a man with a code. He lived by a set of public virtues that brought strength and purpose to his life and to his country… He respected the dignity inherent in every life – a dignity that does not stop at borders and cannot be erased by dictators. Perhaps above all, John detested the abuse of power. He could not abide bigots and swaggering despots…If we are ever tempted to forget who we are, to grow weary of our cause, John’s voice will always come as a whisper over our shoulder: We are better than this. America is better than this.” (Bush)

“John cared about the institutions of self-government, our constitution, our bill of rights, rule of law, separation of powers… He knew that in a nation as big and boisterous and diverse as ours, those institutions, those rules, those norms are what bind us together. It gives shape and order to our common life. Even when we disagree. Especially when we disagree. John believed in honest argument and hearing other views. He understood that if we get in the habit of bending the truth to suit political expediency or party orthodoxy, our system will not work…. That's why he championed a free and independent press as vital to our democratic debate.” (Obama)

Days later, the usual disorder and churn from the White House was magnified by two pieces of speech, this time journalistic endeavors that are quite different but seemed to carry the same points about the state of affairs in the Trump administration.

We have seen a string of denials from “senior White House officials” with respect to Bob Woodward’s Fear, which is one form of publication, a book; and another variant of denials on the authorship of an anonymous op-ed piece that the New York Times published on September 5. Since the book (to be released this week) appears to reinforce what the author of the op-ed piece is saying, President Trump has cast about widely to find new ways to characterize the author and the newspaper as liars and this information as fake news. He is currently trying to identify and purge the author or authors of the piece, but in doing so, he has significantly increased the level of anxiety and apprehension of the White House (and Cabinet) staff. He has suggested that the Department of Justice open a case to track down the culprit. Whether or not you believe that the New York Times should have published an anonymous piece, the metaphorical cat is out of the bag, and the focus will now increase on how the president governs, especially once the book is on sale.

At the same time these issues were playing out on a national stage, hearings were held this past week on the nomination of Brett Kavanaugh to the Supreme Court. Though thousands of pages of his judicial opinions and writings were made available to the Senate Judicial Committee, an estimated 100,000 pages were withheld on grounds of executive privilege by the Trump administration. It remains to be seen whether anyone is taking the administration to court for release of those papers before a vote is called on the nomination. Were Kavanaugh confirmed to the Supreme Court, unless he undergoes a remarkable conversion before he begins to write opinions, I believe that he would give the protect the president (the executive branch) if a report by the special prosecutor ended up in its hands for a ruling on public disclosure. Here are other questions that could arise at the same time in related arguments or petitions -- Can the president be subpoenaed? Can the president be tried after he leaves office for obstruction of justice? Can he be tried and convicted after he were removed from office? Can the president pardon himself? It looks as though Kavanaugh’s answer to most of those questions would be no.

It’s clear that the press needs to remain free and independent, and that the press has an important role to play as the several investigations of the president play out.  One thing we do know, for sure: when it suits him, the president is a liar, not a suitable witness to testify on his own behalf. We know this because the press is still exercising its rights.