Citizenship: Bridging Individualism and Community to Sustain our Democracy 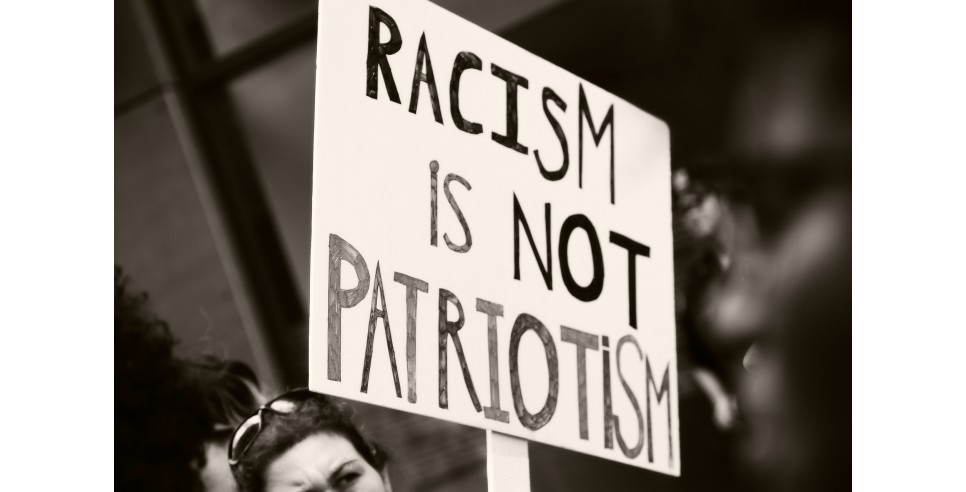 The U.S. stands out since its creation as championing the rights of all individuals, as proclaimed in the Declaration that Jefferson wrote for the new nation. Always clever, Jefferson substituted “pursuit of happiness” for “possessing property” in order to cast a wider net.

Although initially those who did not own enough property, or were women or Jews, were deprived of the vote by state governments. Enslaved blacks, of course, were not even considered citizens — they were someone else’s property.

Still, America’s revolution, which championed individual freedoms, can be seen as the spark in the U.S. for abolishing slavery and guaranteeing women the right to vote.

Today, defending individual freedom has been used to defend the “right not to wear a mask,” ignoring the fact that not wearing a mask may result in your fellow citizens being infected with the coronavirus. Others claim the right to possess an assault rifle, which is solely designed to kill people.

For some citizens, concern for the welfare of the larger community is too abstract a notion to compensate for losing such personal freedoms. That is the tension between an individual’s freedom and the community’s welfare.

Progressive-Democrat Congresswoman Pramila Jayapal, in her book Use the Power You Have, coined the derisive term “individual supremacy.” It describes an attitude that “rejects compassion in favor of fear of others,” and pits “individual needs versus what is best for the whole communities”. She believes such a perspective “stops us from thinking about the ways in which we are linked” and the responsibility we have to each other to tackle big issues such as climate change.

Trump-Conservative Sean Hannity, Fox News’ lead political commentator, attacks leftists in his book Live Free or Die, for “decreeing what kind of straws you can drink from, what kind of lightbulbs you can use, and what kind of power your home can use.” He does not see these individual acts contributing to climate change and causing any harm to the larger community. Such regulations that limit our behavior are unacceptable to him and others.

But Hannity does favor promoting our nation being built upon a community of Christians that require individuals to adopt their values. He fondly quotes the book The Light and the Glory: 1492-1793 (God's Plan for America) in describing how our nation’s founders were “chosen by God for a specific purpose: … rediscovering God’s plan to join them together by His Spirit in the common cause of advancing His Kingdom,” and to “operate not as lone individualists, but in covenanted groups.”

The difference in how Jayapal and Hannity frame responsible individual rights to a larger community would seem to be unbreachable. Nevertheless, some folks are leading an effort to redefine citizenship as a means to find some common ground between these opposing forces — before they are resolved on a battle ground, as happened in 1860.

Eric Liu and Nick Hanauer, in Gardens of Democracy, identify the rise of a new citizenship. It builds upon our founders embracing the ideas that emerged from the Enlightenment. They created a democratic republic separate from the confines of a single religion and church. It substituted reason for doctrine, independence for obedience, scientific method for superstition, and human ambition for divine predestination.

Liu went on to give 19 speeches around the country promoting active citizenship, to rehumanize our politics and rekindle a spirit of love in civic life. His book Become America: Civic Sermons on Love, Responsibility, and Democracy contains all of his sermons.

Harry Boyte, co-director of the Institute for Public Life and Work at Augsburg University, argues in Awakening Democracy through Public Work that citizens should be seen as producers, not consumers. He sees a need for a stronger, more participatory democratic society that recalls the citizen-led effort of the Civil Rights Movement.

He goes beyond defining democracy as free elections and largely the activity of government. That approach relies on selecting good political leaders who encourage broad citizen participation. But when the nation’s highest elected leader divides citizens into patriots and terrorists based on their beliefs, there is a need for strong institutions and a culture of acceptance that can push our public officials to unite all citizens to work for the common welfare.

One such organization pursuing that endeavor is Braver Angels, formed primarily by academics and church leaders representing a grassroots movement to depolarize America’s politics. Their board of directors, staff, workshop participants, and funding sources — all are balanced between liberals and conservatives.

They now have more than 11,000 members working in their project, With Malice Toward None, to collect individual pledges not to “hold hate” toward others who vote differently. A signer pledges “to understand the concerns and aspirations of those who voted differently,” to listen to the opposition rather than fear the opposition. It’s an exercise in self-control that is particularly relevant to our presidential election, since they see evidence “that we are now as polarized as we have been since the Civil War.”

Some of President Trump’s highest appointed public officials would agree. They are preparing for a real war out of fear – of what? Losing the election? That appears to be the case with Michael Caputo, who handles communications for the Cabinet department in charge of combating the coronavirus.

He charged government scientists on Sun., Sept. 13, of sedition (a felony punishable up to 20 years in prison). He further asserted that left-wing hit squads were preparing for armed insurrection after the election. He made that charge after officials at the Centers for Disease Control told various media how Caputo demanded the agency revise, delay, and scuttle CDC’s public health updates that could imply that the pandemic is not under control.

Caputo sees a gun fight come January. He posted on Facebook, “When Donald Trump refuses to stand down at the inauguration, the shooting will begin,” and added, “If you carry guns, buy ammunition, ladies and gentlemen, because it’s going to be hard to get.” Caputo vowed that “as God is my witness, I am not stopping” his effort to control the scientists’ work, because President Trump supports him.

It reminds me of Hannity’s certainty in the righteousness of America being tied to “God’s plan to join them [Americans] together by His Spirit” in a common cause. Would that cause be to keep Donald Trump as president on election night if all the votes are not counted?

As this newsletter was about to be released, the Trump Administration decided that leaving Caputo in his very public position was not helping the President win his re-election. Consequently, he was put on a 60-day administrative leave to tend to his mental health. He will be collecting his full pay and benefits and of course be free to do as he pleases. Perhaps he will campaign for Trump and, as he recommended others to do, go out and buy some ammunition.

A final note on how citizenship can bind us together, and not necessarily through Christianity, or any other religion or ideology like capitalism, socialism or otherwise.
Citizenship should unite us in a belief that a democratic republic protects individuals’ freedoms as well as the community’s welfare.

David Mathews, president of the Kettering Foundation, tells of a small, but telling, incident.  One that points to how our country became a model for liberating individuals from authoritative powers.

“In a draft of the document [the Declaration of Independence], Thomas Jefferson had written the word subjects. Later, he expunged the word, smearing the ink and carefully overwriting it with another word — citizens. This finding reveals an important shift in the Founders’ thinking: the people’s allegiance was to each other, not a distant King.”

We should add that our allegiance is to our fellow citizens and not to any individual president’s self-interests.