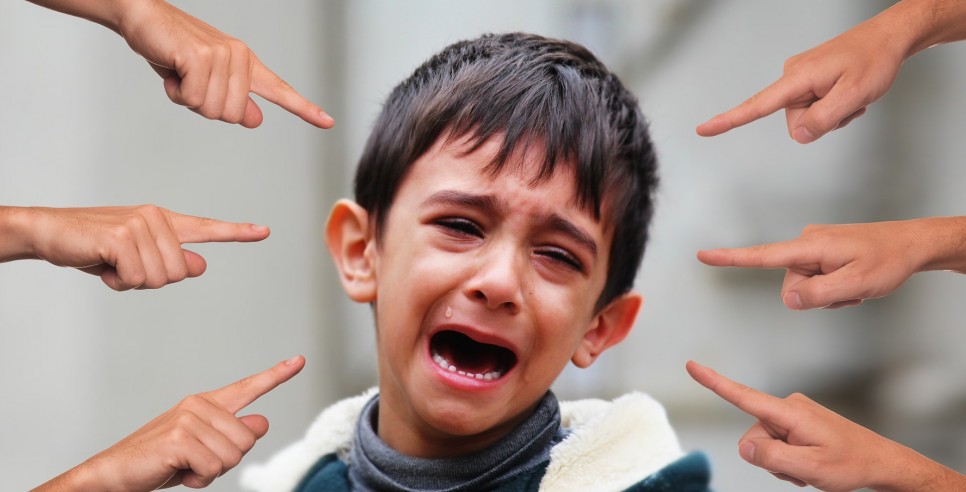 The “Bully Pulpit”: Then and Now

An example of each one can be seen in two radically different presidents.

According to the Oxford English Dictionary, the word “bully” can be used as an adjective meaning superb, wonderful, or excellent. This is how Theodore Roosevelt used it. He suggested that the American presidency provided a platform – a “bully pulpit” – that could be utilized to exert a positive influence in our political discourse and public policy.  Roosevelt more than practiced what he preached during his long and distinguished political career.  He is widely regarded as one of our greatest presidents.

A second meaning of the word “bully” (there are also two less common usages) refers to “a person who habitually seeks to do harm or intimidate those whom they perceive to be vulnerable.”  Today, more than a century after the presidency of “TR”, we have the second kind of bully in the bully pulpit – Donald Trump.  He and Teddy Roosevelt are as different from one another as the two definitions of bullying, and the contrasts between them are stunning – no appalling.

Roosevelt came from a prominent New York family.  His father – a businessman and generous philanthropist -- was widely regarded as a model of “strength, courage…and unselfishness,” as his son later described him.  Roosevelt’s childhood was shadowed by poor health (especially severe asthma), but he fought back against it with vigorous physical exertion and a lively inquiring mind.  Among other things, he became an amateur taxidermist.  After extensive home schooling, he attended Harvard University, where he was a serious, diligent student, a successful boxer, and editor of The Harvard Advocate.  He graduated magna cum laudeand Phi Beta Kappa.  He then went on to study at Columbia Law School while also writing a book about sea power and the role of the U.S. Navy in the War of 1812 that remains a standard reference work to this day.  He gained a reputation as a serious scholar.

Roosevelt soon became involved in local politics and won a seat in the New York State Legislature, the first of many public service roles, including New York City Police Commissioner, Assistant Secretary of the Navy, leader of a volunteer cavalry unit (the famed “Rough Riders”) during the Spanish American War, Governor of New York State, Vice President of the United States, and then President for more than seven years (from 1901-1908) after President McKinley was assassinated.

As president, Roosevelt soon distinguished himself as a progressive reformer.   Among other things, he became a notorious corporate “trust buster” through the aggressive use of the Sherman Anti-Trust Act.  He supported worker rights when he intervened in labor disputes and won arbitration for striking laborers – “a fair deal for every man.” He initiated corporate anti-corruption measures.  He pressed for regulating monopolistic railroads.  He won passage of the landmark Pure Food and Drug Act.  He championed income and inheritance taxes on the wealthy.  But perhaps the most important of his accomplishments were his many actions related to conservation and wildlife preservation.  He established the U.S. Forest Service (which led to the creation of some 150 National Forests); he approved five new National Parks; and he used the Antiquities Act to create 18 National Monuments, 51 bird reserves, and 4 game reserves.  In total, he brought about 230 million acres under public protection.

After leaving office, Roosevelt became a leader of the “progressive wing” of the Republican Party. When he challenged his successor, President William Howard Taft, for the Republican nomination in the 1912 election, this led to a party schism and the formation of a new Progressive Party (also known as the “Bull Moose” party), which advocated a “New Nationalism” reform program with vigorous measures to protect workers and their families. Though Roosevelt lost the election, his “Square Deal” platform -- as he called it – became an inspiration and a precursor to cousin Franklin Roosevelt’s transformative New Deal program in the 1930s.

Roosevelt is rightly honored as one of our most exceptional presidents – indeed, one of the four famous faces carved into Mt. Rushmore. He was a model of courage, forthrightness, personal honesty, scholarship, and public service, and he used the bully pulpit to advance the national interest.

Now Donald Trump occupies the bully pulpit, and we have witnessed a degradation and corruption of the office that is unmatched in our history.  His conflicts of interest, his lies, his crimes, his divisiveness, and, yes, his bullying and demagoguery, seem even more appalling when we compare this dark cesspool of a man with Theodore Roosevelt.  His most notable accomplishments to date include a tax cut for the rich that has ballooned the federal budget deficit, along with a sustained assault on environmental regulations, consumer protections, access to health care services, public education, and, not least, the rule of law. And that’s just the short list.

It’s one of the axioms of political science that a political leader can exert an enormous influence over his society and its people – for better or worse.  Now we know what much worse means.  We can do much better than this, and we must.