Her Job is her Life’s Passion 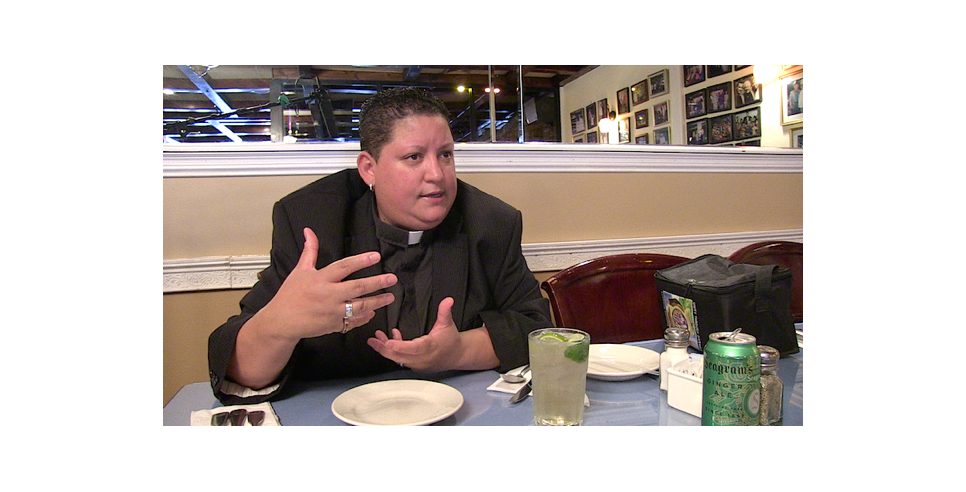 Reverend Carmen Hernandez: Her Job is her Life’s Passion

Rev. Carmen Hernandez is legendary for her activism in the Southeast Bronx Community. Her work, much more than a job, is a calling, a ministry, and her life’s passion to serve the Bronx. For years, she has met with small business owners and persuaded them to work together.  She realized the future of the Bronx depended on building both a strong business outlook and a real sense of community as strong as closely-knit family. Carmen has been a true minority advocate since childhood. You can learn a thing or two from her struggles and triumphs in this article that was recently published in Latinas in Business.

The concept of family is a familiar comfort to Rev. Carmen. She was born in Puerto Rico and moved to the Bronx as an infant, where she has lived her entire life. She has nine siblings on her mother’s side and another nine siblings from her father’s.  Rev. Carmen is the CEO/Founder/Pastor of Stratford Community Services, Inc. in the Soundview section of the Bronx, where for 30 years she has helped empower at-risk, inner-city kids.

Rev. Carmen is also the President and Founder of the first New York City LGBTQS Chamber of Commerce, P.O Box 115, Bronx NY 10472. We first interviewed Rev. Carmen when she was on the cover of The Connectorin the Spring, 2014. Now we’re catching up with her to see what she is doing four years later. Rev Carmen Hernandez was named on of the Bronx Times 25 Influential Women 2015. See Rev Carmen’s Award Acceptance Speech. And this month, Rev. Carmen Hernandez is on the cover of AARP magazine in June, 2018. She is the first person that AARP Magazine is honoring for Pride Month!

PR4P: How has the New York City LGBTQS Chamber of Commerce changed during these past four years?

Rev. Carmen:Basically, we’re getting into a position looking for a college to do our chamber training.  I believe that everyone can do whatever they want but I have to stay focused to do what’s right for the chamber and the people. we’ve grown. We’re strong.  We have over two hundred members now. And that’s not counting the partnerships.

PR4P: What is of immediate concern to the people in the Bronx?

Rev. Carmen:The Bronx has always always been struggling against people who want to criticize it. Why is the Bronx the one place people like to give a dirty label or mess with its reputation? It’s sad when you don’t have politicians and community working together instead of politicians lying to them; we see ourselves struggling for what we we need to be doing—to build together and have a real community

PR4P: What does the Bronx need most?

Rev. Carmen:The leadership needs to stop going to bed with these developers, these landlords, who are hurting the community. These real estate developers put money into political campaigns, but where is the money going? There is no budget to protect existing properties or to maintain them. In the building where I’m living now (I live in NYCHA NYC Housing), I’ve spoken-up about living in it and noted how developers do not fix their buildings and force tenants to live in the worst conditions. They never put in a budget for upkeep, and by the way, then I saw that my building is slated for sale.  Politicians know what is going on.  If a roof needs replacement, they don’t make repairs and that leaves people at risk for getting hurt. The developers are only interested in flipping the buildings to make money.  They don’t fix what needs to be fixed, and they are forcing people who are paying high rents to live like they’re in a ghetto.  People are paying so much rent, and landlords will not fix their buildings. The people become demoralized and stop caring. How can we change the community? We have to get the community to care about what is happening to them so they can feel empowered to make change happen.

PR4P: What impact has real estate development and gentrification had on the people of the Bronx?

Rev. Carmen:I found a homeless couple sleeping in the corner of the building. The landlord locked them out of their own house.  They didn’t know the law.  They lost everything, all of their belongings, and even their documents. I helped them to get connected with an agency. They weren’t aware of their rights; they were scared, and that is how people end up becoming homeless. Landlords have been intentionally pushing people out of their homes.  These landlords should be ashamed of themselves.  Then later, these landlords wonder why bad things happen to them. They need to ask themselves: what have I done to make these bad things happen?

PR4P: What impact has the devastation in Puerto Rico had on the people in the Bronx?

Rev. Carmen:What I went through to get my mom out was terrible.  And I’m not alone. There were many people in the Bronx who were trying to help their families in Puerto Rico. And it’s not going to stop there with one hurricane. There is more to come, not only in Puerto Rico but in New York too.

PR4P: How could the U.S government and relief agencies have done a better job to help Puerto Rico?

PR4P: What are three things that you want to see happen in the next year?

PR4P: How has your faith given you the strength to endure?

Rev. Carmen:Oh my God, if it wasn’t for my faith in God. God is why I’m still standing, even with my illness. God is using the foolishness of this world to teach us humility.  I’m not rich, educated or have a regular job, but I’ve met two presidents and God has put me in high places to represent the community. It’s something we don’t understand: how God works. God does it better than I could ever do. I go with the flow. I have to stay within the community. Whoever wants to connect with you will connect with you.  Church is not what saves you. It’s your soul—between you and God, and if I can help you get closer to God then I’ve done my job.

Links: have been embedded, but just in case.

Latina Community Leader of the Bronx Latinas in BusinessMagazine